This page of the Ratchet & Clank Rift Apart game guide covers the first part of the Sargasso walkthrough. You'll learn how to get through the initial areas of Sargasso, how to unlock riding on speetles, how to deal with the optional mini-boss Grunthor, and how to get to the location with the Morts. 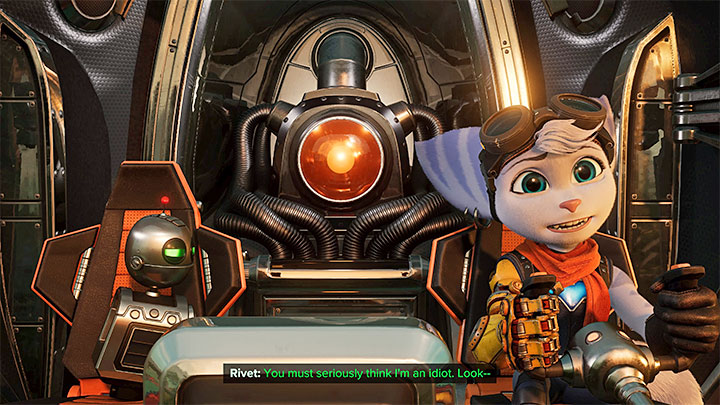 Find a way to reach the Morts 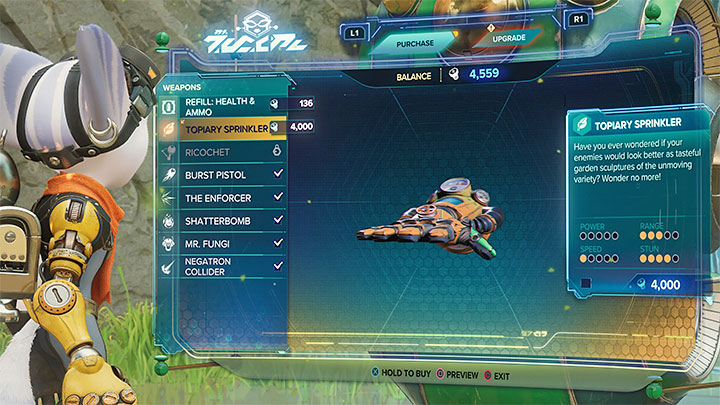 Start exploring the wetlands and get rid of small monsters. The path is initially linear, although you can immediately look around for places to obtain raritanium crystals.

Not long after you begin exploring the planet's surface, you will arrive at Mrs. Zurkon's store. The vendor is listing a new weapon, the Topiary Sprinkler, for 4,000 bolts. This weapon works by temporarily turning enemies it hits into plants. You can use this in two main ways - to temporarily stop dangerous enemies during larger battles, and to easily expose enemies to further hero attacks (including those with melee weapons). 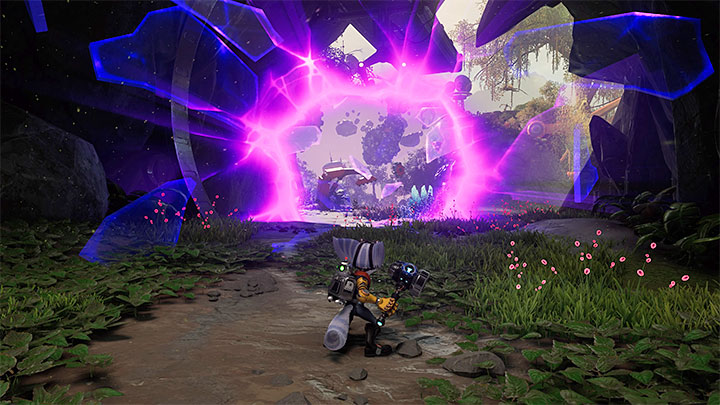 Venture further out and expect to encounter hostile overgrown frogs, on which you can easily test the sprinkler's performance. You'll also encounter huge flying wasps - in this case, it's a better idea to use a Multi-shooter or other firearm.

A linear hike will bring you to a point where you need to open a dimensional pocket (press L1) and be transported to a new dimension for a moment. 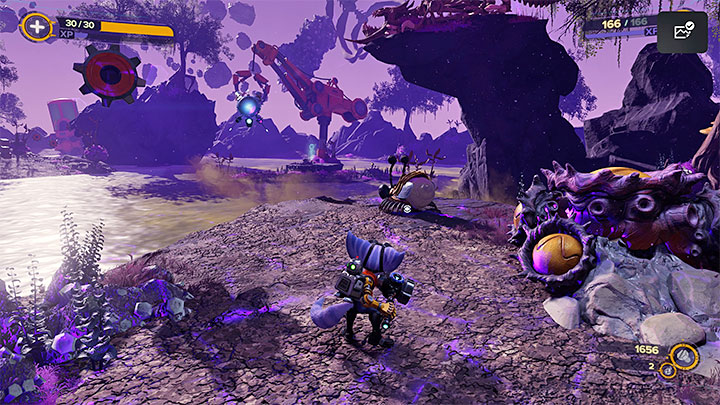 In the new dimension, find a speetle nest - hit it with your melee weapon to scare one of the speetles away. This will allow you to hop on the back of the speetle and start the ride.

When riding the animal, avoid crashing into obstacles, as Rivet may fall into the water and have to be recovered on the shore. You can jump off the speetle by pressing Circle. R1, on the other hand, is used to activate the afterburner, which is useful not only for traveling faster, but also for jumping off ramps and performing long jumps. 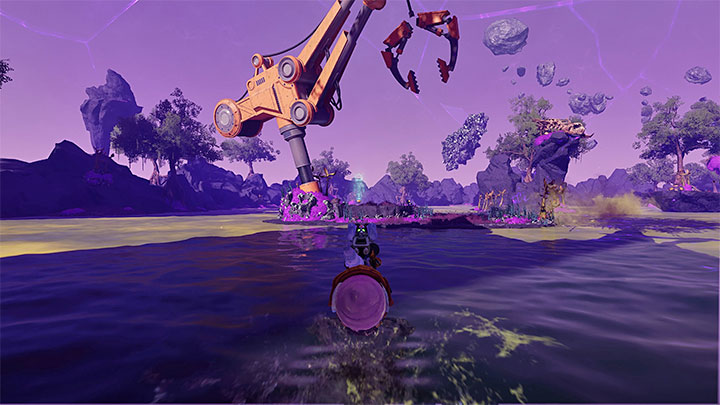 Do not rush to leave the alternate dimension. You can smash crate piles as you travel around the area and thus obtain bolts. In addition, stop at the small island shown in the screenshot located under the crane. Rivet can obtain here Galactic Ranger Helmet- this is one of the collectibles in this stage.

In order to leave this location, start jumping off the ramps with the afterburner on. This will lead you to a portal allowing you to return to Sargasso. 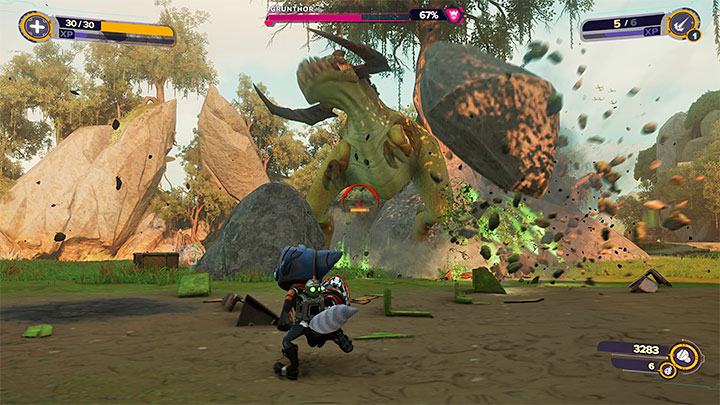 Before you decide to set out on the trail of a friendly flying bot, you can optionally look around a bit. There are many barriers that limit full exploration here (they will be lifted only later), but you can visit, among others, the clearing with Grunthor - these are large beasts that act as mini-bosses.

If you want to deal with Grunthor (this is rewarded with several pieces of raritanium), then use good ranged weapons (e.g. Negatron Collider) and rely on dodging when the monster throws a large boulder or starts charging. 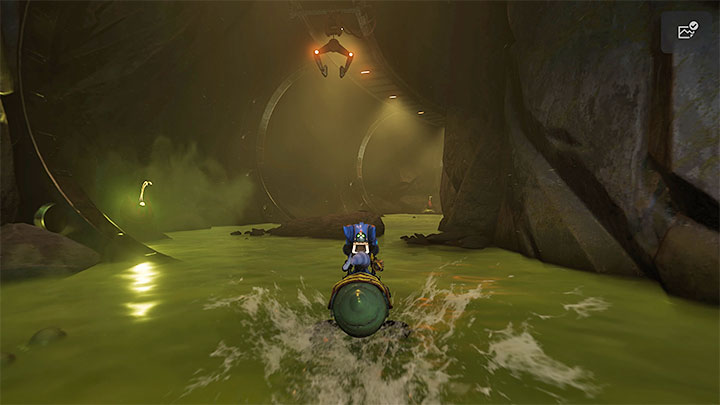 Ultimately you must choose the tunnel leading north, i.e. towards the Factory. You'll have to use a speetle, but fortunately, even if you lose it, you'll find a new nest near where grunthor was resting.

Exploring the clearing on the way to the factory is optional, but it may allow you to destroy crates and get new bolts. There are also raritanium crystals in the area.

Rescue the Morts from the Goons 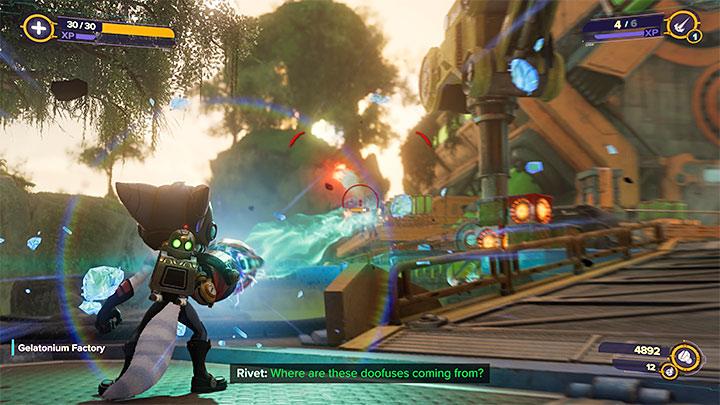 After reaching the factory area, you will learn that the Morts (friendly residents of Sargasso) are being attacked by Nefarious' thugs. Eliminate the opponents. You can get rid of the less challenging opponents (e.g. robo-dogs) a little later. After winning the battle, a cut-scene from the meeting with Mort will be activated. You will receive two new main tasks.