This page of the Ratchet & Clank Rift Apart game guide covers the third part of the Nefarious City exploration walkthrough. You will learn how to use the Phantom Dash and Wall Running abilities, how to properly explore new locations in the city with the Phantom, and how to protect the Phantom during a rooftop battle. 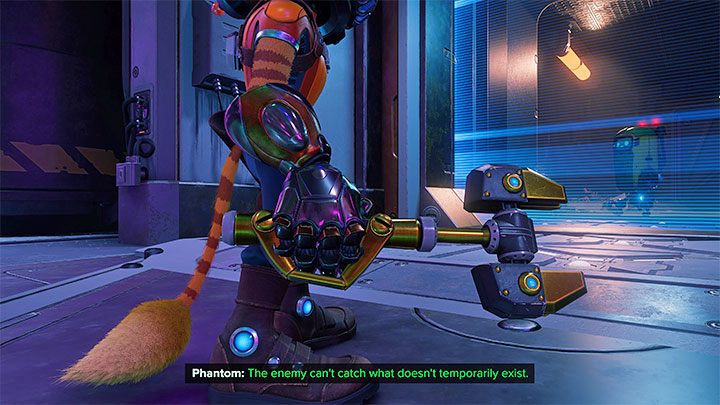 When you catch up to the Phantom, you will receive a gauntlet upgrade from a friendly NPC, giving Ratchet (and Rivet from later in the game) permanent access to the Phantom Dash ability. It has several uses and will also grant you access to new areas in Nefarious City that you could not explore before. Unless you want to focus on progressing through the main storyline, it's worth revisiting areas of the city you've visited before.

One of the unique applications of Phantom Dash is its ability to penetrate vertical energy barriers. After approaching the barrier, press Circle to "fly" through it. This will allow you to return to the main part of the market. 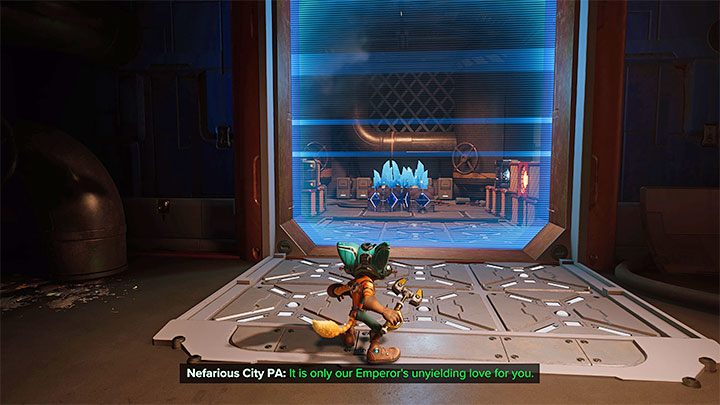 Penetrating through barriers will also be useful in the marketplace itself. At the location in the picture above, you can use this action to get access to a stash with lots of Raritanium and regular supplies. 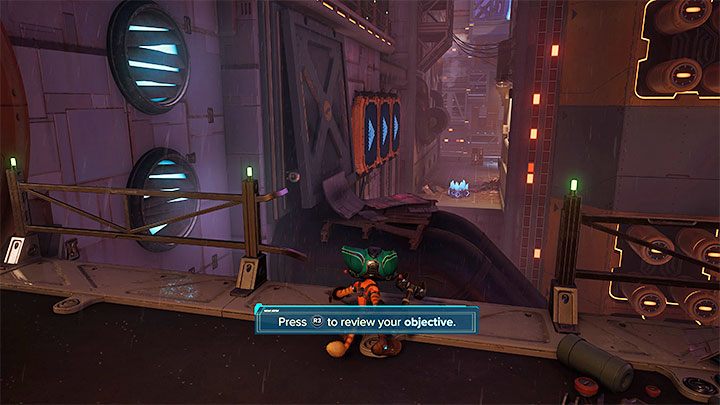 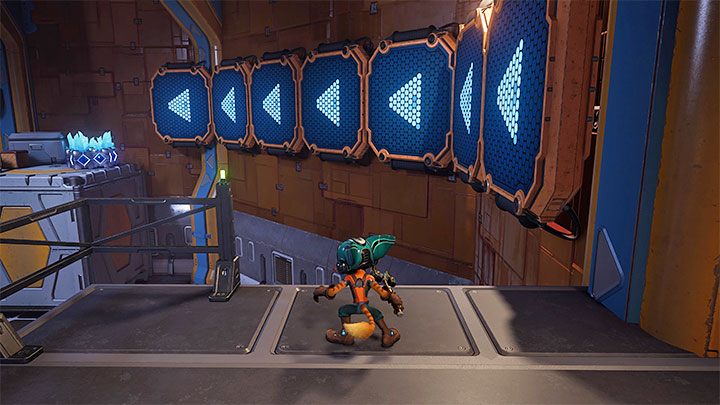 The second unique benefit of the glove upgrade is the ability to run on walls, specifically vertical arrow panels. You can use this action in two places: 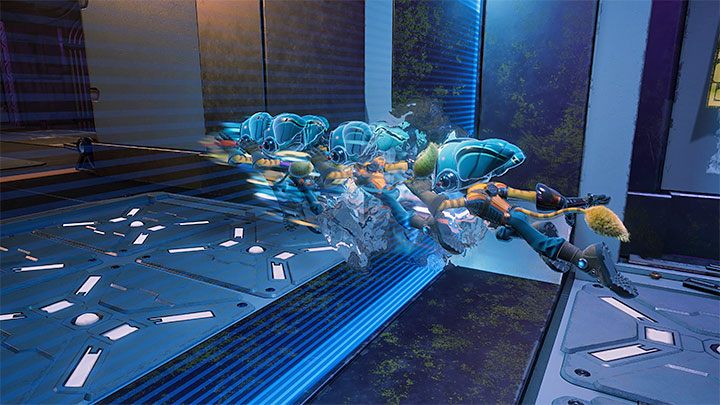 Whether or not you have taken up the optional exploration, you must resume the struggle at the location where Ratchet previously caught up with the Phantom. Use Phantom Dash to penetrate the local energy barrier. This will allow you to start your journey in the company of a friendly NPC. 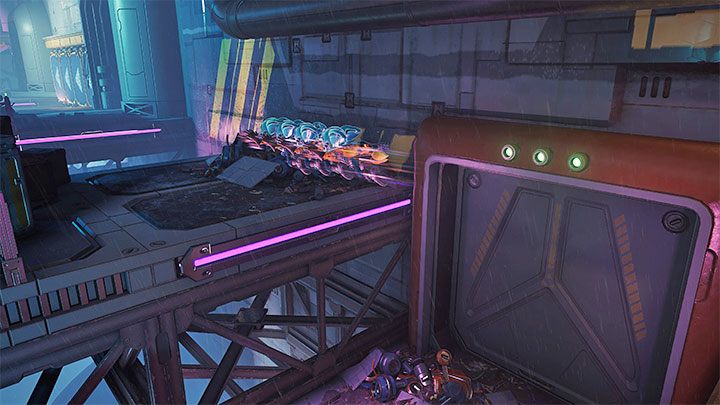 Follow the Phantom south. Soon you will be forced to perform a Phantom Dash for the first time - this is designed to avoid larger chasms. Fortunately, this is an easy maneuver. Start by making a single or double jump and then press Circle in midair. Of course, you should also perform this action on your own in the remaining sections of the game in order to reduce the risk of falling into the abyss. 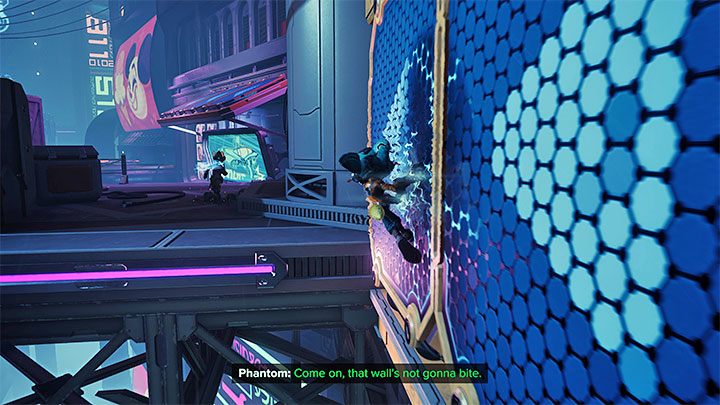 The rest of the journey involves running over several walls. If you haven't used this option yet, it's worth reminding you that you have to hold down the X button after jumping to the wall with direction arrows.

A little further on, do a phantom dash to avoid falling into the abyss. You don't have to rush, and you can explore the area along the way, but you won't find any unique secrets. Eventually you will reach the Highrise Rooftops.

Meet Phantom on the Rooftop 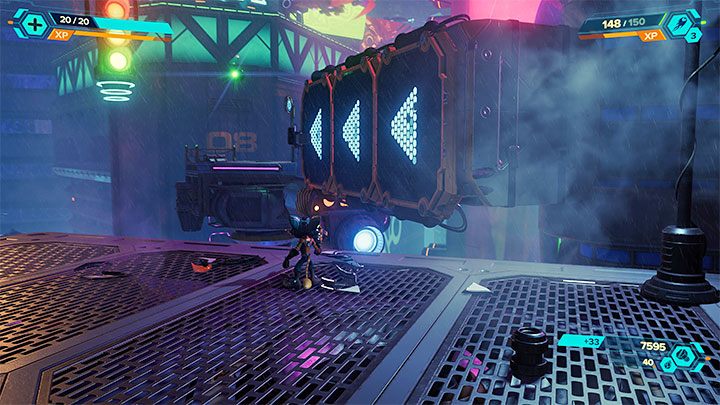 There are two different paths to the roof and one of them involves an additional run on the wall. The choice of path does not play any role, as you will ultimately arrive at the same place.

Continue your journey and deal with enemy machines along the way. Watch out for places similar to the one in the screenshot - you have to bounce off the wall after running across it and hold L1 in flight to grab onto a nearby grapple. 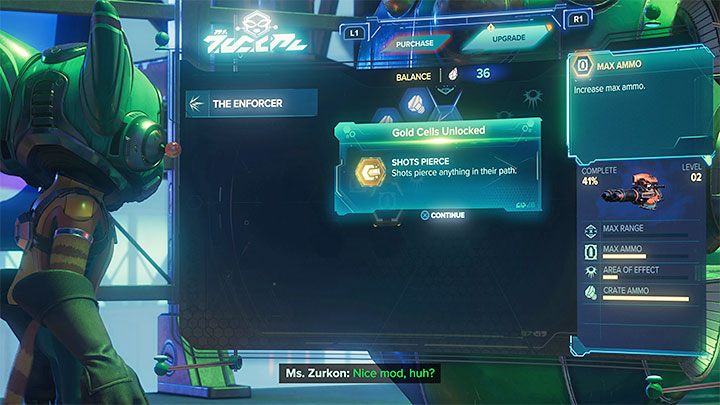 Soon you will reach the place where Mrs. Zurkon has set up her shop again . For the first time, the weapon upgrade will be available, and you will be able to test it without any obligation. Here are the main rules:

For more information and tips, see the Character Development and Weapon Upgrades page in our game guide. 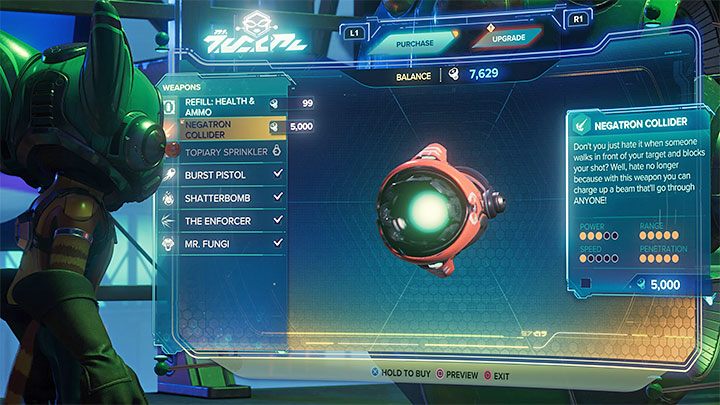 Mrs. Zurkon should also now have the Negatron Collider on sale for the first time for 5000 screws. If you can afford to buy it, unlock this weapon as soon as possible. It shoots powerful energy projectiles that can effectively weaken groups of enemies as well as single strong enemies. It is one of the best weapons for large battles and boss fights.

Once you have taken care of everything, take the elevator to the roof. 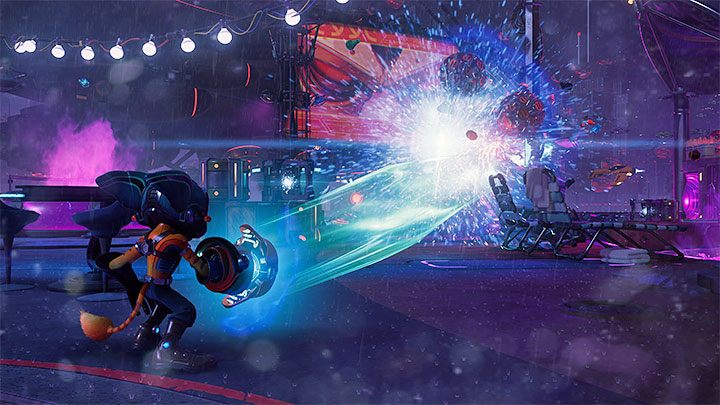 The title of the new mission objective can be quite misleading, as you don't have to worry about the Phantom being defeated. Your task is simply to deal with all the enemies present on the rooftop and this is unfortunately quite a large group.

It is a good idea to use the Negatron Collider (if you purchased it) in this battle to easily attack and destroy larger machines. Stay away from the purple tank and help yourself by pulling yourself to the upper rifts if necessary. You can use them to quickly move away from enemies and reach supply crates. After winning the battle, you will receive a miniature Glitch mech, while Phantom will be kidnapped by the machines.