This page of the guide to Ratchet & Clank Rift Apart explains how to use Magneboots, i.e. a special gadget to travel on magnetic surfaces. We explain if Magneboots have to be unlocked, how to identify where to use them, and what you can gain from using Magneboots. 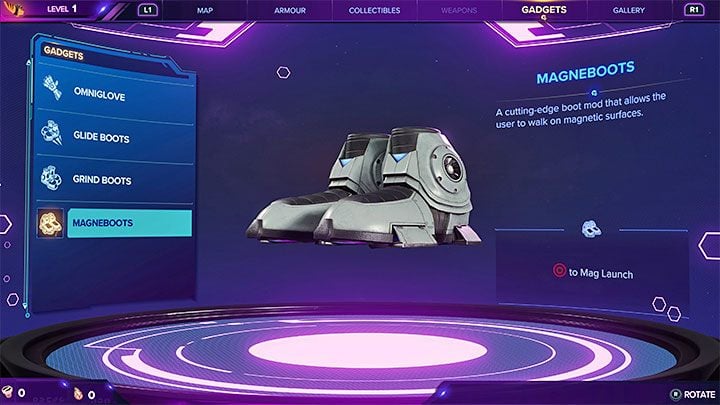 Magneboots are a piece of equipment for Ratchet (and Rivet, who becomes a playable character later in the game) that you should know well from previous installments in the series. In Rift Apart, Magneboots are available from the very beginning of the game, i.e. from the prologue on Corson V. You do not need to perform any additional actions to unlock them. The boots also don't need to be upgraded - they have full functionality right away. 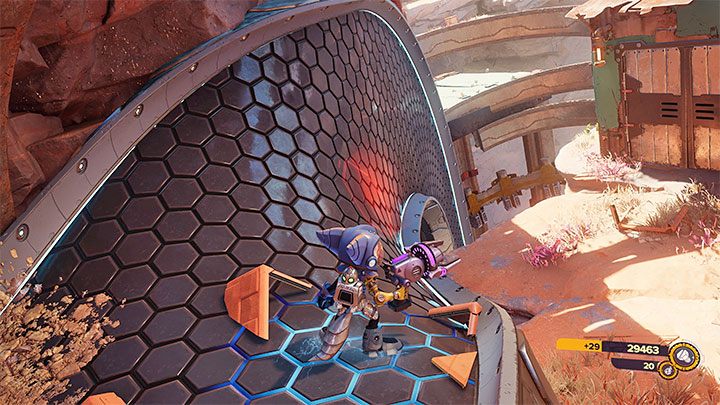 Magneboots can only be used to walk on magnetic paths - you can find them in various places in most visited locations.

The most important advantage of Magneboots is that they make the character "stick" to the ground. This means that you can walk on vertical walls, twisting paths or even ceilings. 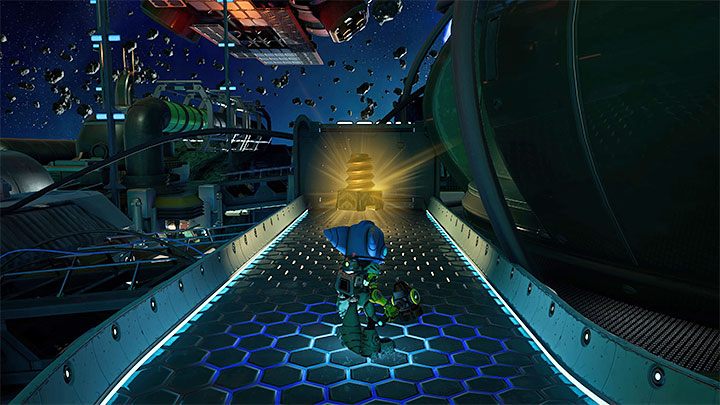 Using Magneboots may be required to advance in the main storyline, though in many situations they allow you to reach secrets hidden on maps. After finding a new magnetic path, explore it thoroughly to see if it leads to a collectible. 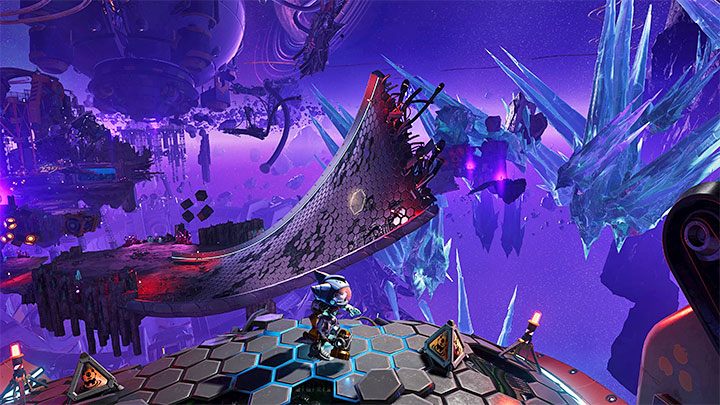 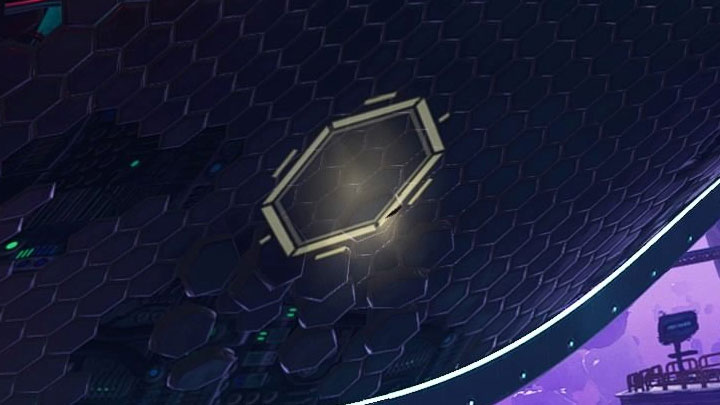 An important note about Magneboots is that they allow you to jump between adjacent paths. The option to jump will only appear when you get close to the adjacent path and when you see a yellow hexagon that marks your landing spot. Only then do you have to press the Circle to perform the jump. You often may be forced to do this in order to complete a whole path sequence. 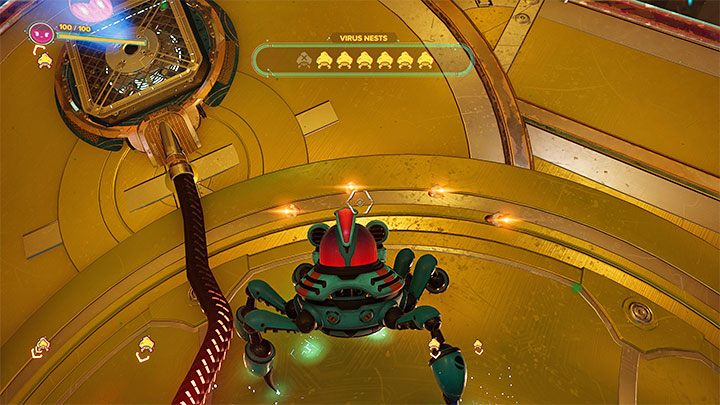 Additional information - Glitch, whom you take control several times in scenes where you have to remove viruses from the system, also is able to walk on walls and ceilings. In this case, you don't need to look around for magnetic paths, as this character is able to climb any wall and ceiling with no additional obstacles. You will have to use this ability to solve some puzzles that involve Glitch.