On this page of the Ratchet & Clank Rift Apart game guide, you will learn how to run on walls. You'll find out how to unlock the wall run option, if all walls can be used for running, and what are the dangers of wall running. 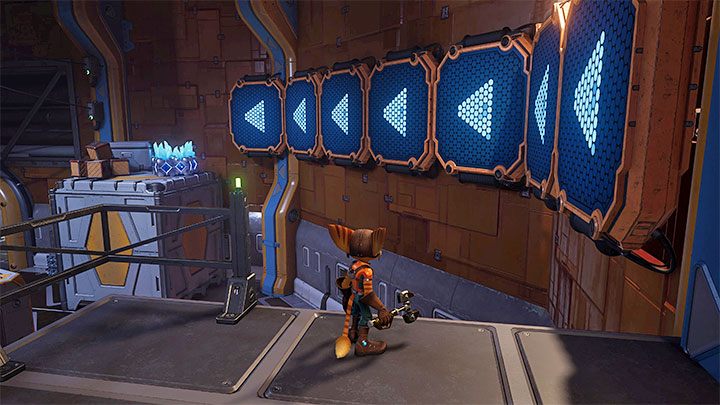 The earliest that wall running appears in the game is after you reach Nefarious City, the large metropolis visited after completing the prologue. This is when you'll start coming across wall plates with arrows painted on them - these are the only places that allow you to perform a wall run. It won't be possible in any other locations. 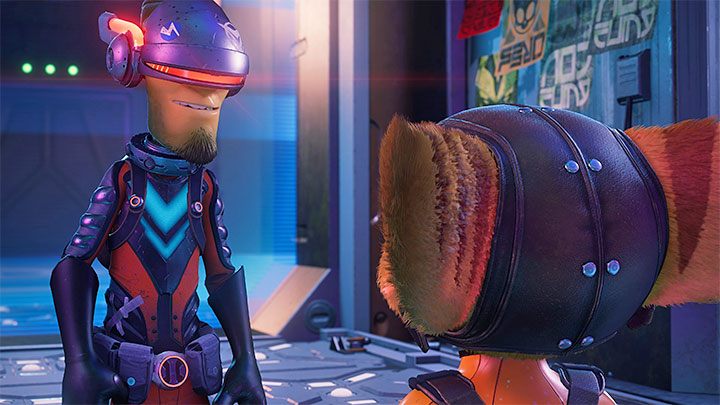 Wall running is not available right away, but you will unlock it quite early on. To make progress in the main questline, you have to meet the Spectre in Nefarious City. You will receive a glove from a friendly NPC, which will unlock the described game mechanic.

Before you follow the Spectre, it's a good idea to go back to previous locations and test the wall run on some walls you found earlier. This will allow you to obtain e.g. one of the golden bolts in Nefarious City. 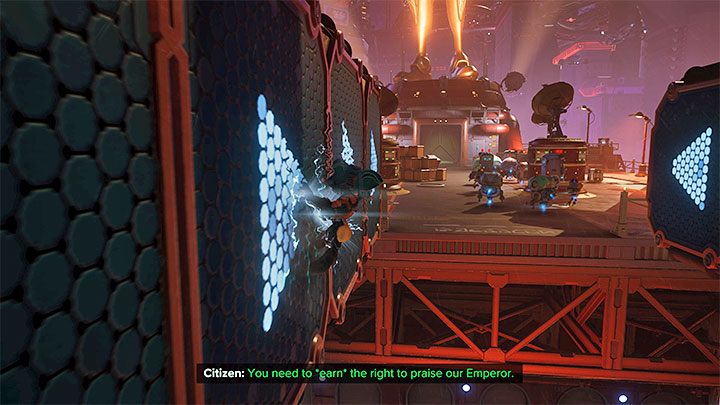 From now on, you can jump to walls with painted arrows and hold down the jump button (X). This will cause the protagonist to start a wall run. This action will also be automatically available to Rivet later on in the game (Ratchet and Rivet share all skills). 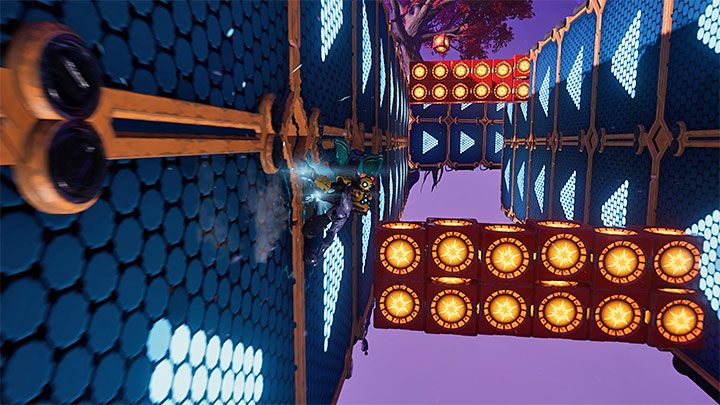 You must be aware that in many places wall runs involve running over a precipice - don't let go of the sprint button too soon.

There will be more difficult wall running puzzles later in the game. You may have to jump between the walls on the left and right (use the double jump if they are far apart), or run on the lower or higher part of the wall to avoid obstacles along the way. Some scenes may also combine wall running and grabbing an anchor - be ready to hold down L1 after springing off the wall. Fortunately, most of these difficulties are linked to exploring optional locations, and not necessarily to the progress within the main storyline.