On this page of the Ratchet & Clank Rift Apart game guide, you will learn whether you can freely return to the previous planets, i.e. to the locations that you visited during the earlier chapters of the campaign. Perhaps you want to complete 100% of all the main locations in the game. 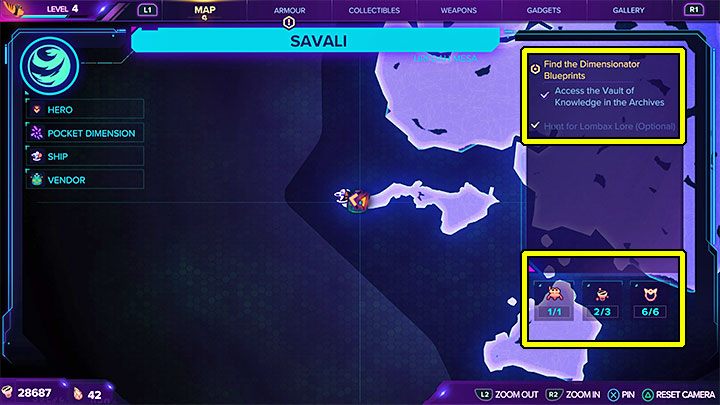 As you explore each major location in the game, you can easily track your progress from the map screen: 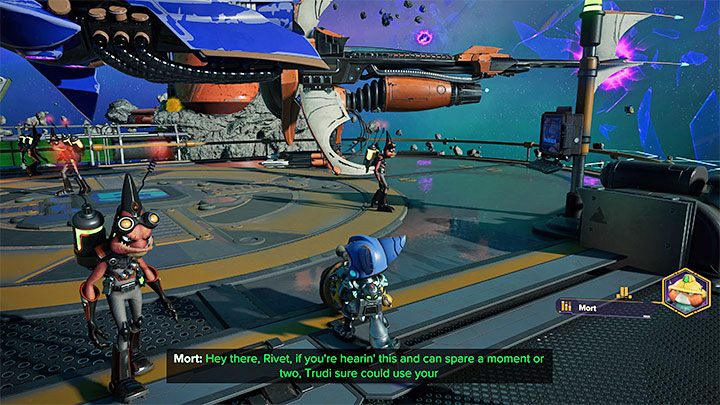 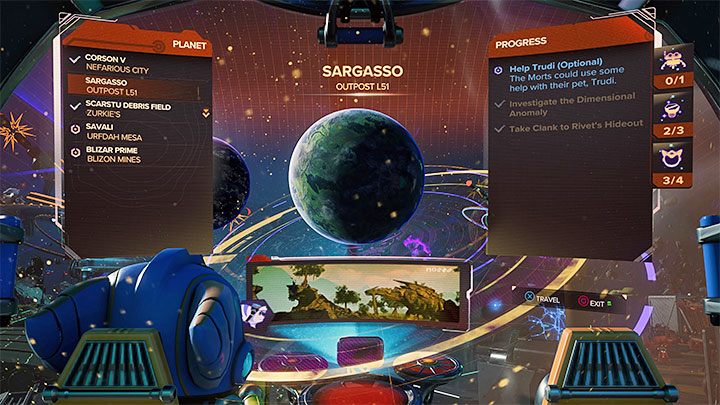 You won't be able to complete 100% of every planet during your first visit. The main reason for this is that the game only unlocks some of the quests associated with a particular planet.

In order to access more quests, you must progress in the main storyline. You may, for example, receive a message while progressing through the game about the option to help someone on one of the previously explored planets. This gives you the opportunity to return to said planet to complete additional activities. 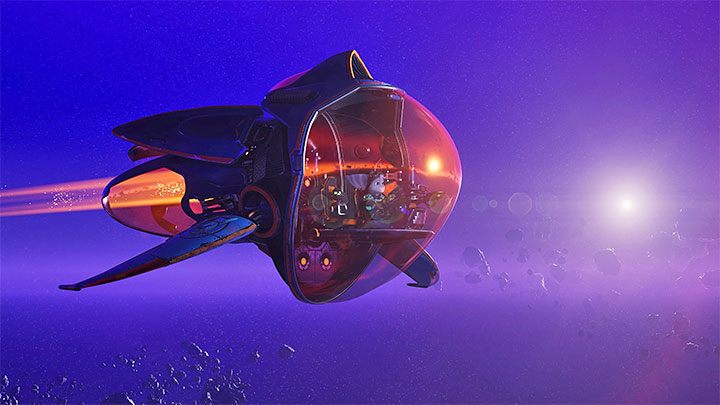 A spaceship is used to travel between planets - both Ratchet and Rivet have access to it. When you interact with it, a list of known planets will be displayed. There will be new locations to explore, as well as those planets you have already visited. Travelling between planets is free. You can revisit them as many times as you like. 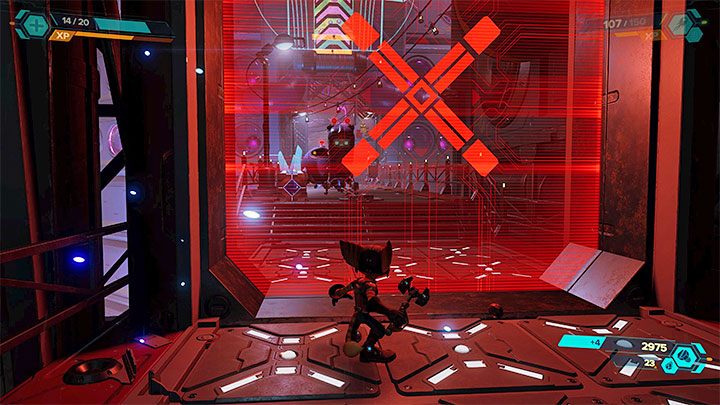 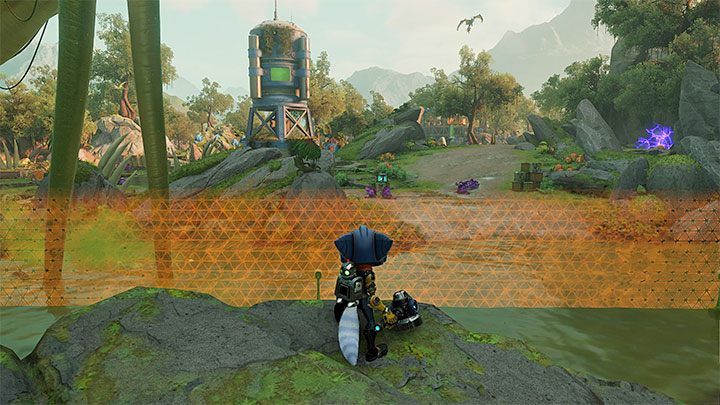 When it comes to fully exploring a given planet, we recommend postponing it until the very end of your visit, i.e., start exploring just before dealing with the main boss or interacting with your spaceship with the intention of flying to another planet. Your current progress in the storyline might affect your ability to explore. Here are some examples: 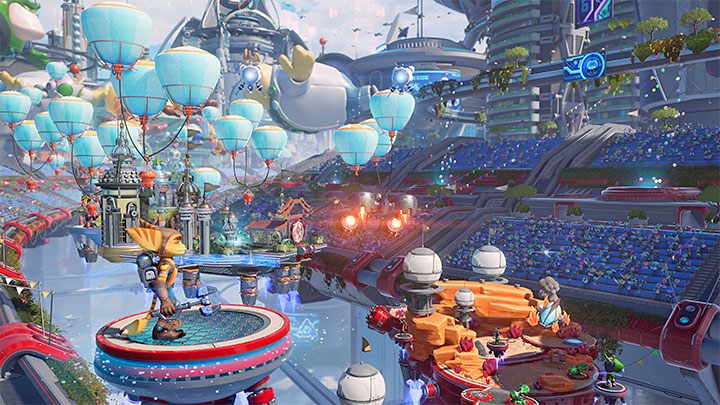 An additional note - The game won't allow you to return to the locations from the prologue, i.e. the areas where the parade took place and where, as Ratchet, you defeated Doctor Nefarious for the first time. Fortunately, there are no collectibles to be found in the beginning areas of the game. In the worst case scenario, you might miss out on some raritanium crystals, but it's not a big deal. You won't find any "big" secrets there, as they only begin to appear once you arrive in Nefarious City.