On this page of the Ratchet & Clank Rift Apart game guide, you will find a walkthrough of the Invasion Commanders boss fight, who you will face in a single cooperative battle. In this guide you will learn when you will fight the bosses, how to avoid their main attacks and how to win the battle against the enemy commanders. 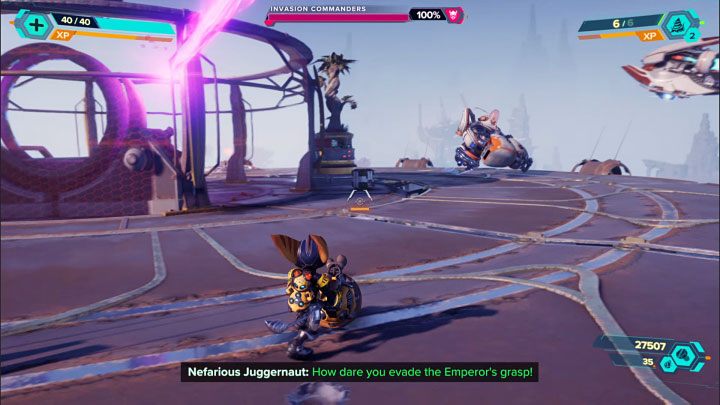 The fight against the two Invasion Commanders occurs during the final part of your stay on the planet Savali. The battle against the two bosses will begin once you board the mobile archive and reach its highest level (the one with the central object surrounded by a forcefield).

The commanders share one health bar, but you can try to attack them one by one to defeat one of them faster so that you don't have to dodge the attacks of two enemies at the same time. 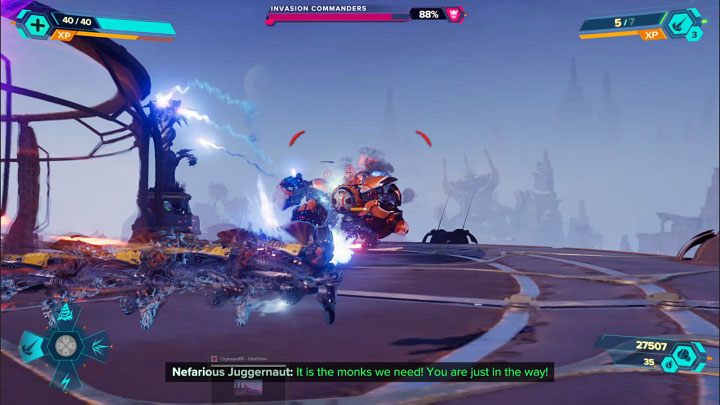 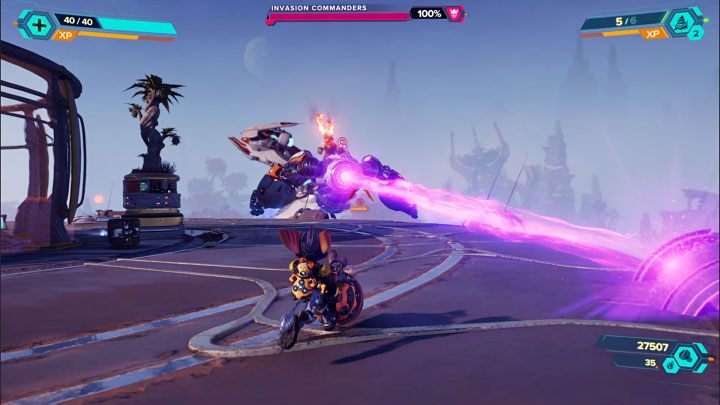 The invasion commanders have the same attacks as the Nefarious Juggernaut you defeated in the early game. They use the following attacks: 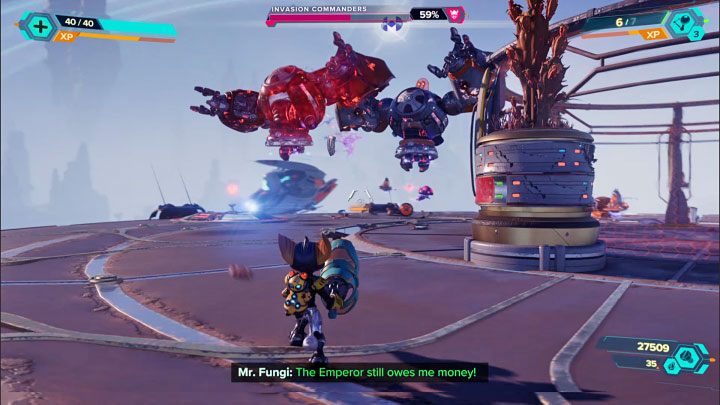 The bosses are also capable of jumping across great distances. Quickly move away from where they plan to land and remember to use the Phantom Dash when necessary. 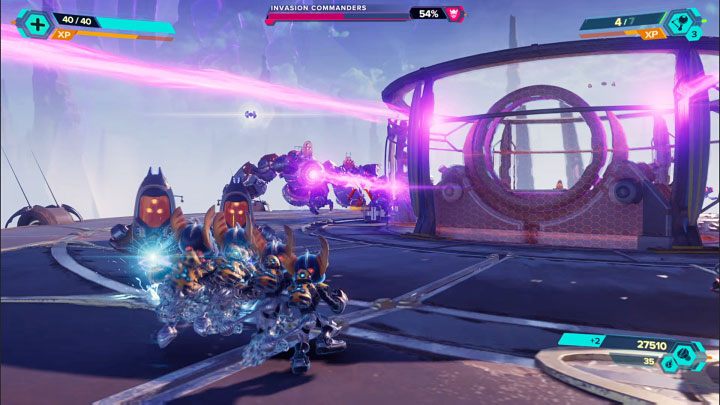 Expect that later in the fight, regular enemies may also start appearing on the archive roof. You can attack them if they get in your way too much, but don't turn your back on the bosses as this will make it difficult to properly dodge their bigger attacks. 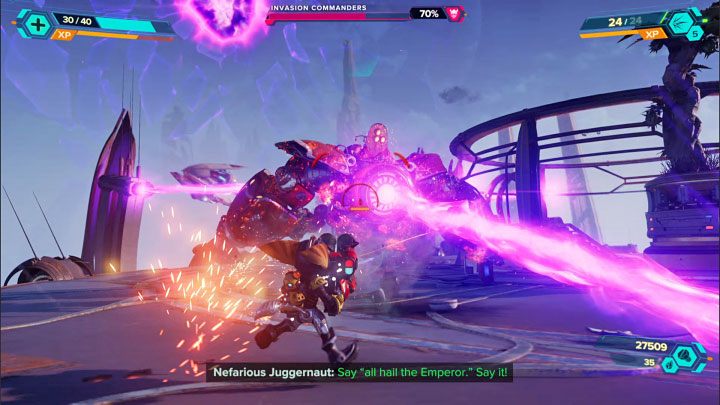 During the fight, try to look for opportunities to fire at the exposed boss cores installed on their chests. This will damage them more effectively. Whenever the commanders are positioned close to each other, you can also try to hit them with area of effect weapons such as the Lightning Rod. 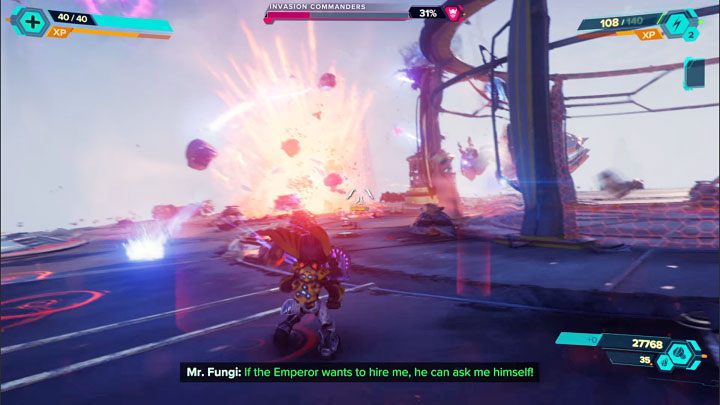 Once one of the commanders dies on the battlefield, the battle will become much easier, as you will only have one main enemy to attack. To finally win, all you need to do is defeat the second machine.

If you need healing, ammo and health crates can be found in the arena.