On this page of the Ratchet & Clank Rift Apart game guide, you will find a walkthrough of the optional boss battle against Sue, who is an undead Grunthor. You will learn how to unlock the fight with Sue, how to defeat the monster and what the reward is for dealing with this unique variety of Grunthor. 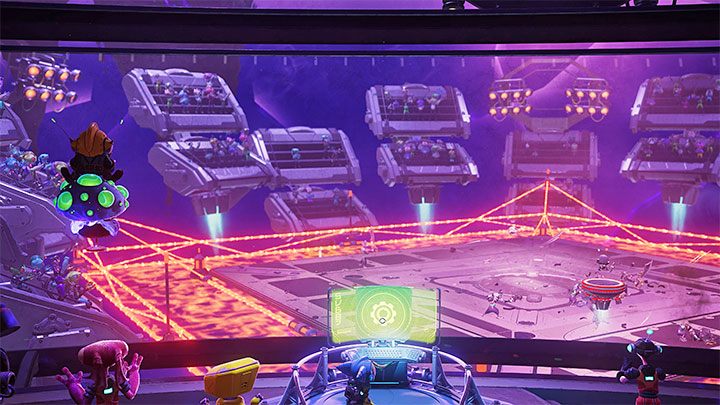 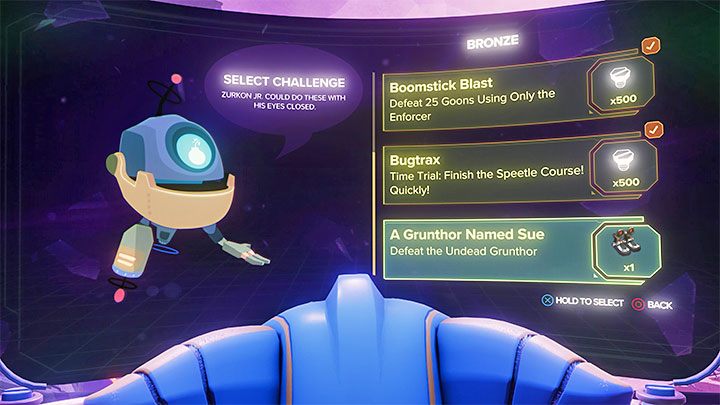 Sue is one of the optional bosses in Ratchet & Clank Rift Apart, which means that defeating this monster isn't required to complete the main storyline. You can also postpone the fight and later return once you have obtained better equipment.

The fight against Sue is one of the battles that occur in the Gastropub arena in the Scarstu Debris Field. Once you defeat the boss Francois during the main storyline, you can continue fighting in the bronze category (the lowest category). The fight against the Undead Grunthor named Sue is the final bronze fight. 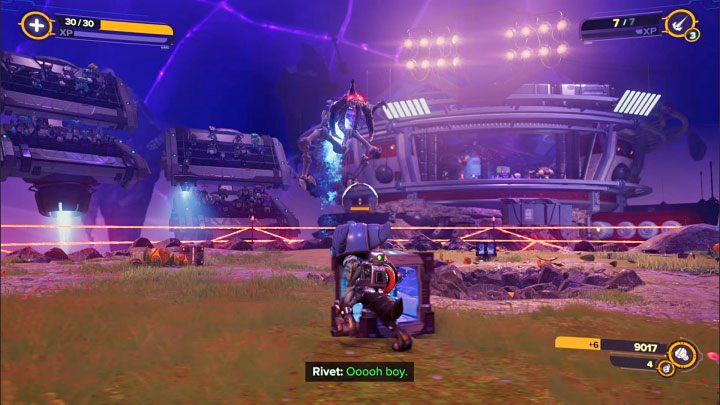 You might have already faced the Grunthors a few times on the planet Sargasso, where they were mini-bosses that appeared in selected areas.

Sue the Undead Grunthor is a monster very similar to "normal" Grunthors. You just have to expect that it will take you longer to defeat the beast. Use a good ranged weapon to attack the boss and avoid getting close to her, as Grunthors are dangerous in direct confrontations. 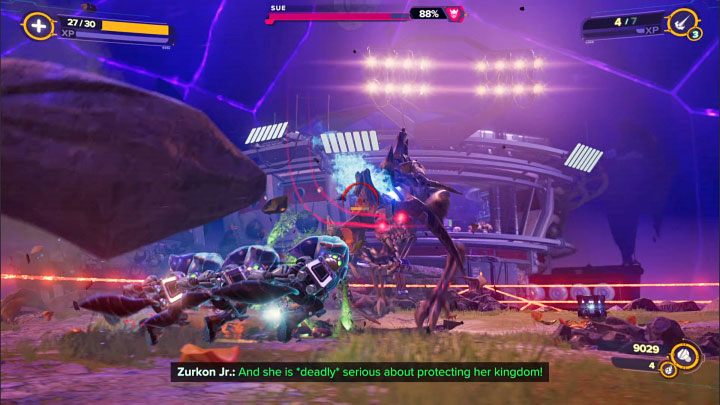 The Undead Grunthor is able to hurl large boulders. If sprinting to the side isn't enough, activate the Phantom Dash to avoid being hit by a thrown object. 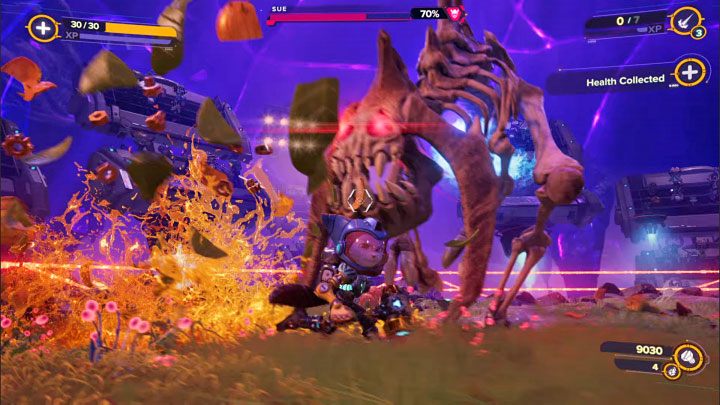 Sue can also fiercely charge at you. Again, you must react quickly if you want to avoid getting hurt. Dodge to the side to avoid being hit. The boss can't change direction once they begin charging, which makes it a bit easier. 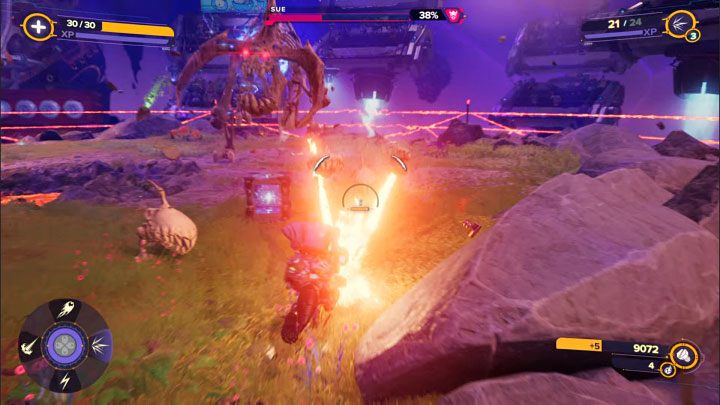 The boss is able to send smaller monsters after the hero. It's a good idea to switch to weapons that are highly effective at short range (e.g. The Enforcer) in order to deal with them quickly. Don't wait to attack the boss for too long, as this will unnecessarily increase the total battle time. 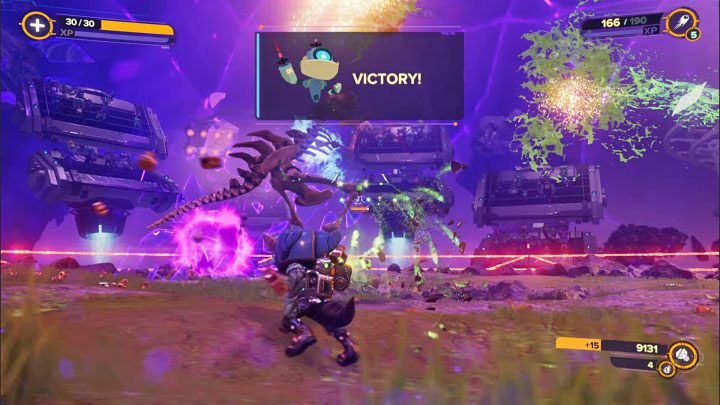 Continue fighting until the boss is defeated to win the round in the arena.

Reward for winning against the Undead Grunthor 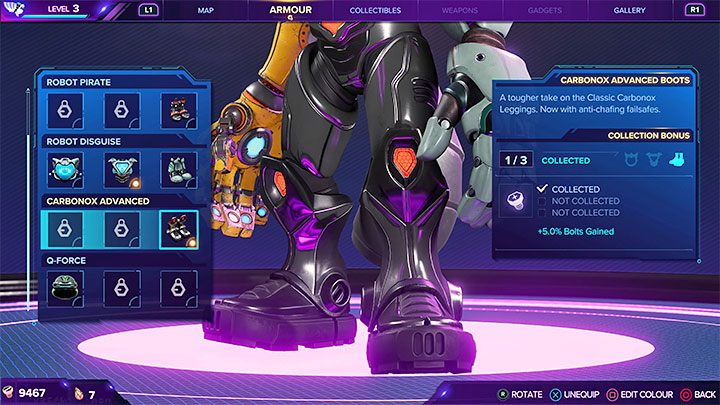 The physical reward for defeating Sue are the Karbonox shoes. Collecting items from this set allows you to accumulate more bolts, which are used to make purchases from Mrs. Zurkon.

Other fights against the Undead Grunthor

There may be other battles with the Undead Grunthor as play Ratchet & Clank Rift Apart . They have the same rules, i.e. the boss has the same attacks, and again you need to take all his HPs. 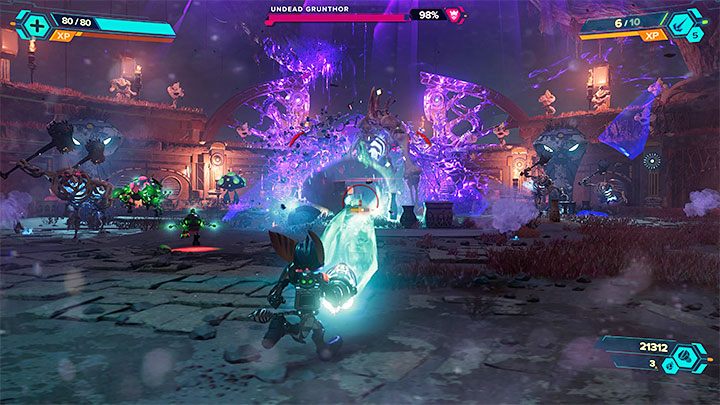 The first additional duel with Sue occurs when you reach the catacombs explored on your return to Savali. This is the part of the main storyline related to getting to where the Dimension Map is obtained. 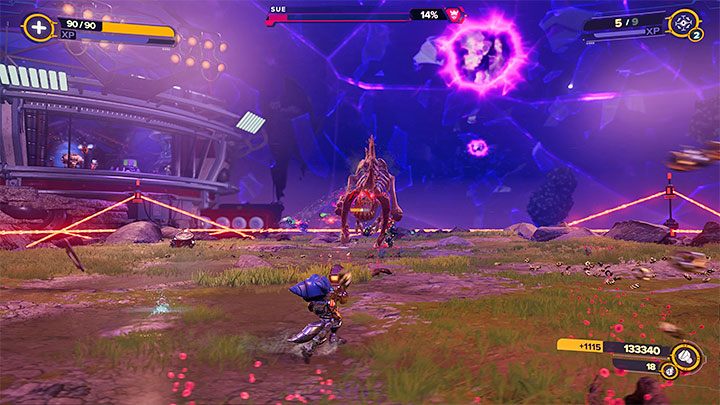 The second additional duel with the Undead Grunthor is optional. You can attempt the Twice As Nice battle in one of the gold round challenges in the arena. The gold challenges of the Gastropub arena become available only after returning from Viceron Prison.

It is worth noting that the second clash with Sue is only part of the battle. The rest of the time you attack another boss - Scolo Seekerpede.