This page of the Ratchet & Clank Rift Apart game guide describes the boss fight with Francois. Francois replaces Pierre Le Fer during a major battle in the arena in the Chmura Szczatków Scarstu. You will find out when exactly Francois appears and how to get your first victory in the Gastropub arena.

Fights before the boss fight 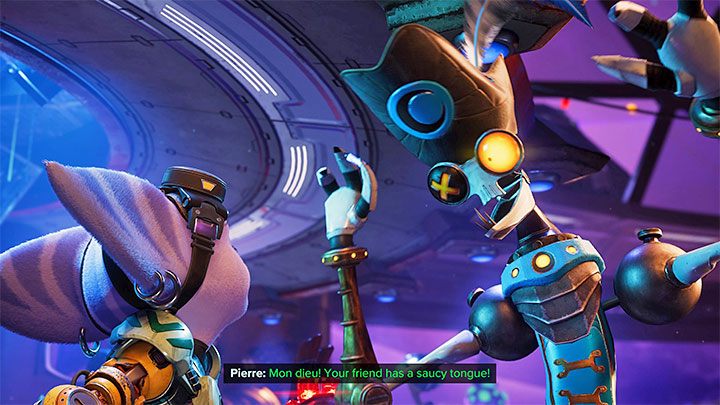 After you reach Scarstu Debris Field for the first time as part of the main storyline, you will need to visit the Gastropub. There you will meet Pierre Le Fer, who will promise Rivet a duel if the heroine proves herself in the fighting arena. 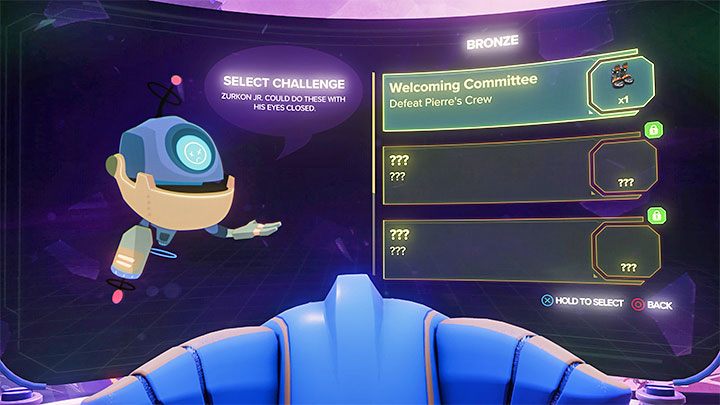 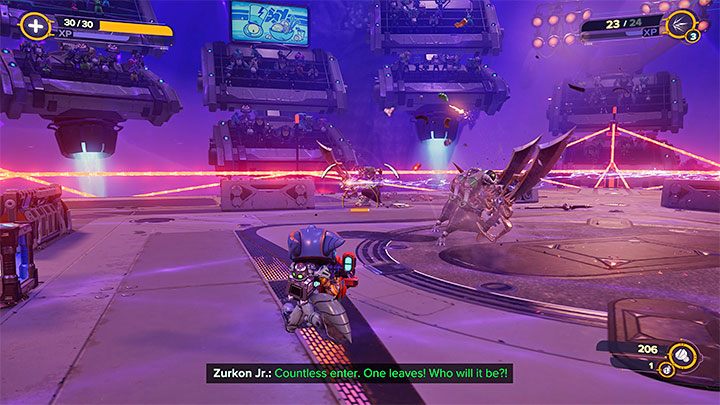 After the arena terminal is unlocked, you must select the bronze combat category from it and first decide to play the battle against Pierre's proteges.

There are a total of 5 waves to complete - within each wave you must defeat a group of opponents. They should not be too demanding. Make sure to destroy crates to replenish your ammo supply and heal Rivet on a regular basis. 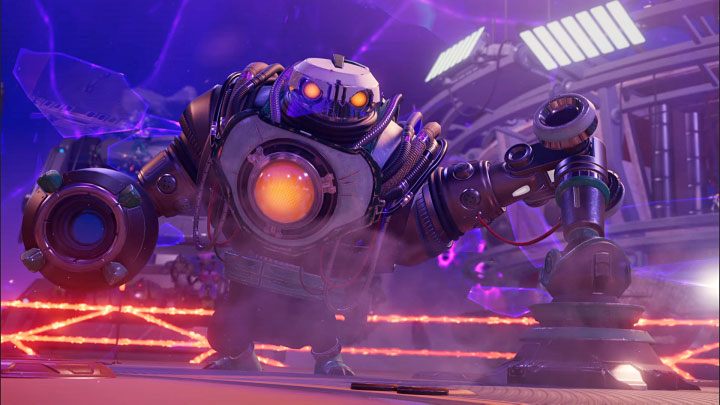 After winning the fifth fight, you will find that you have been cheated - instead of Pierre, the boss Francois will join the fights, and he will be your opponent as you progress through the game's main storyline. 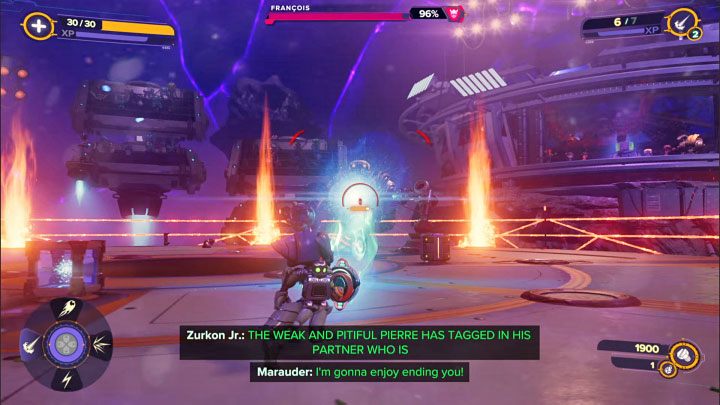 During the duel with Francois, similarly to other boss fights, it is good to use weapons that are effective at medium and long distance. We recommend targeting the core on the boss's chest, although hitting him in other parts of his armor will also deprive him of his health points. 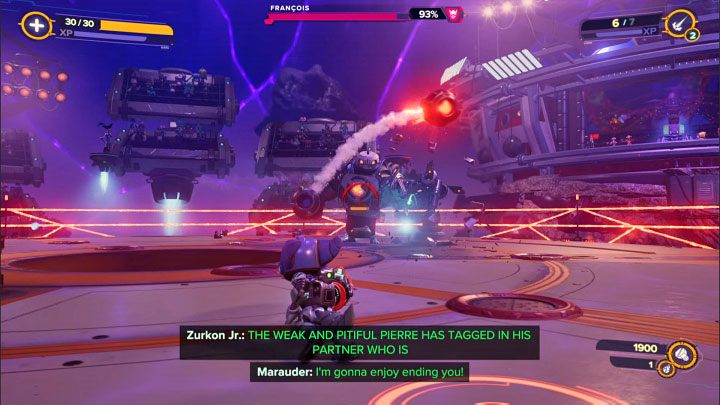 The boss is equipped with a grenade launcher, with which he fires bullets frequently. Avoid places where they hit. 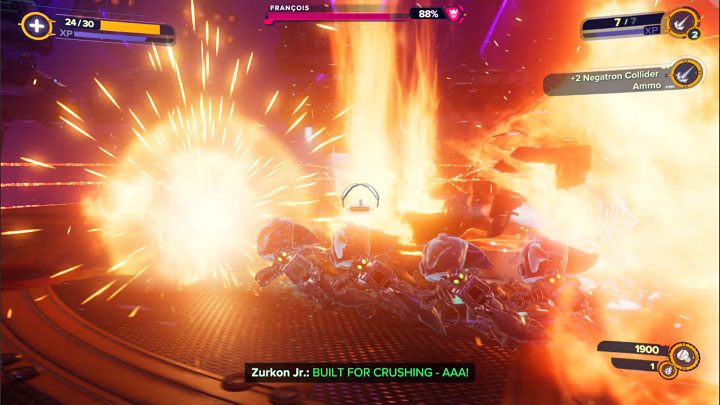 At the same time, watch out for the flames that spurt from time to time in the arena. Stay away from them as well. A certain convenience is that they are immovable and only appear where round burners are visible on the metal floor. Do not stop at them even if they are inactive at the moment. 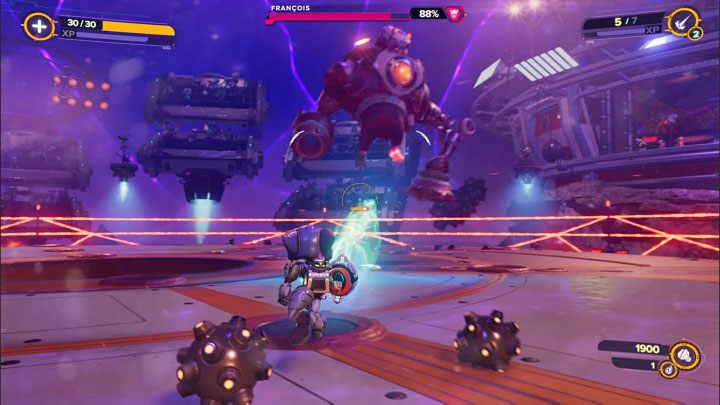 Like the Nefarious City destroyer, Francois can make long jumps. Move quickly away from areas where the boss is going to land and hit the ground with great force. If you see that you won't be able to bounce back from where Francois landed, quickly activate Phantom Dash. 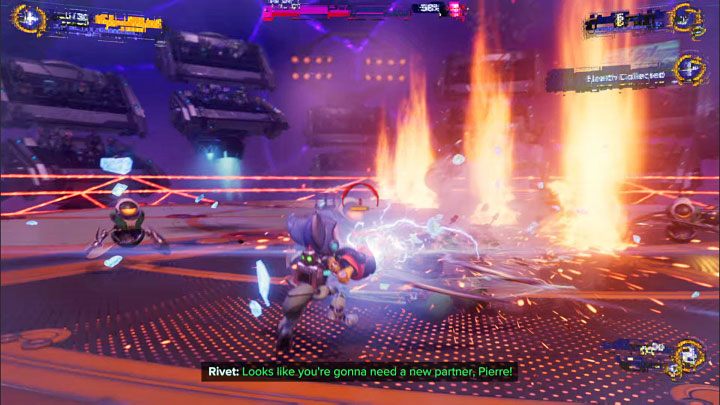 Francois' mechanical minions may join the fight over time. You can eliminate them by the way with area attacks, or you can continue to focus on the boss and stay in constant motion, so you don't get caught by regular enemies. 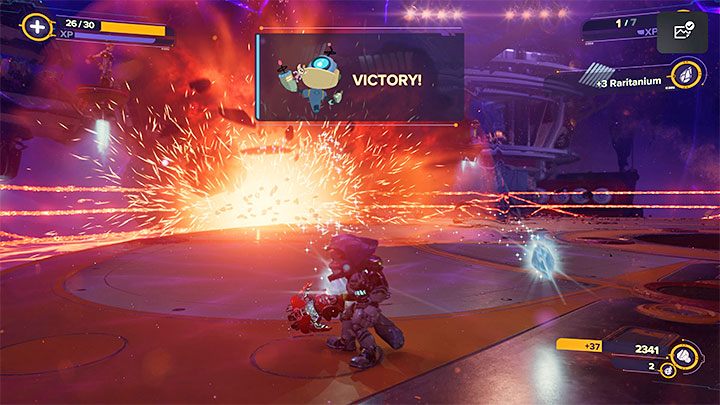 Try not to prolong the fight too much by attacking regular enemies, because you may run out of ammunition for your favorite weapons and would have to search for it in crates or change weapons.

Fight until Francois is defeated, thus also winning the second bronze round in the arena.