This page of the Ratchet & Clank Rift Apart game guide, describes the boss fight with Seekerpede. This is a huge boss on the planet Sargasso. In the following walkthrough, you will learn how to catch up to Seekerpede using the Speetle, as well as how to defeat the boss during direct confrontations. 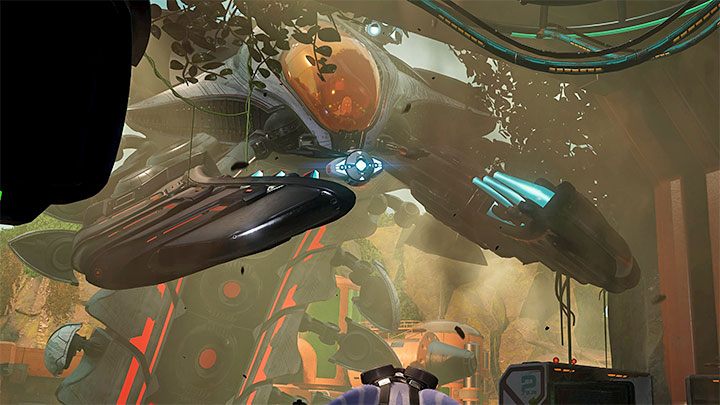 Seekerpede is a large mechanical myriapod that you will notice early on in your exploration of the surface of the planet Sargasso . Initially, the boss will fly at a high altitude. Seekerpede will only attack the heroes when they reach Rivet's hideout as part of the main storyline. 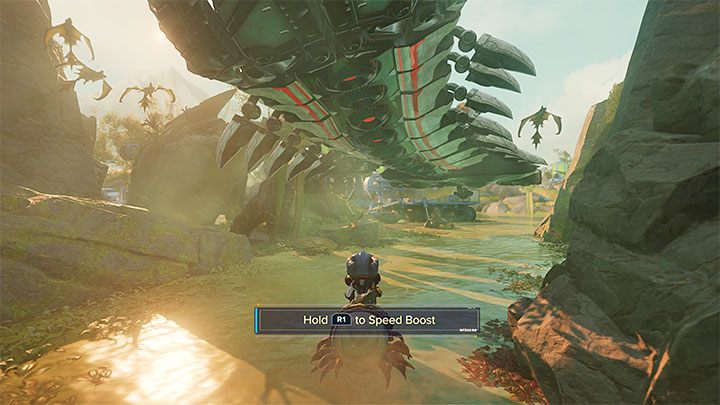 Before the actual duel with Seekerpede, you must start a boss chase using the Speetle. When traveling on the mutant slug, hold down R1 to activate the afterburner.

During the chase, you must avoid not only indestructible obstacles (e.g. rocks), but also mines dropped by the boss. Make quick side turns or turn off the afterburner for a while to avoid colliding with mines. 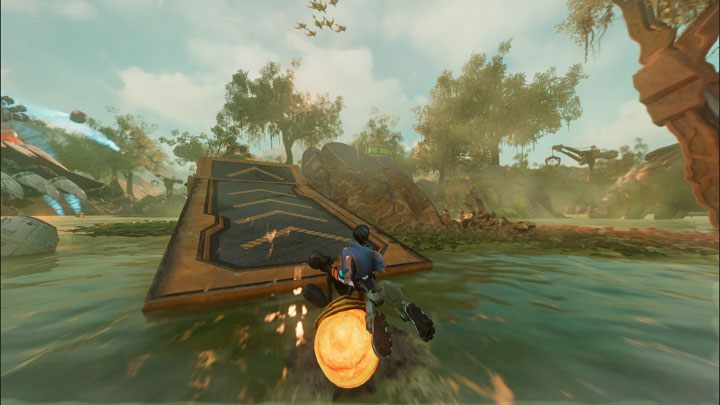 During the chase, look around for ramps to jump into the air. Hold R1 before you drive up the ramp to blast off at top speed. 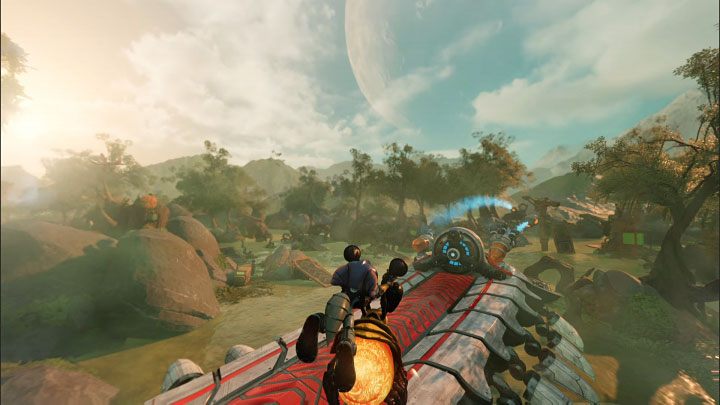 After lifting off, direct the chyzak to the top of Seekerpede to land on the boss. 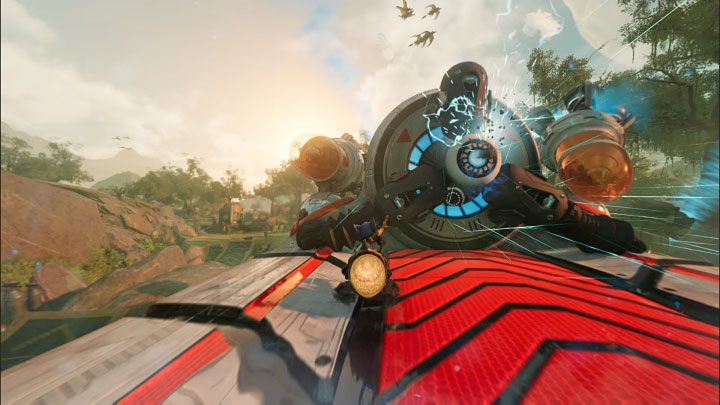 After a successful landing, do not let go of the afterburner button, but bring it to hit the circular flight stabilizer located at the very end of the path with red arrows with great force . 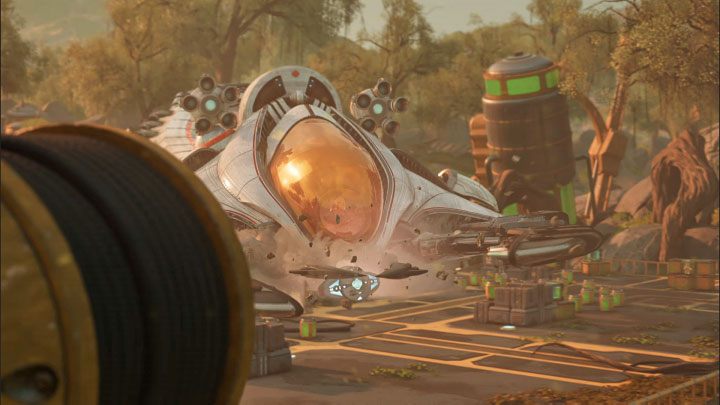 A successful hit on the flight stabilizer will lead to a cutscene featuring the emergency landing of the Seekerpede. You will advance to the actual boss fight.

If you miss, you will have to restart the Seekerpede chase, bounce off another ramp, and retry to collide with the flight stabilizer.

The first part of the duel with Seekerpede 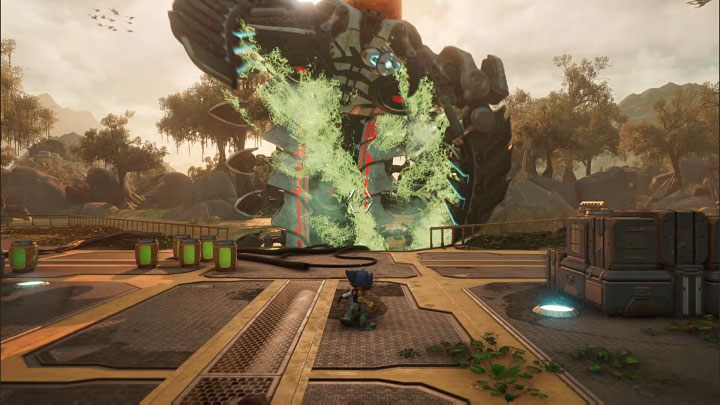 The actual duel with Seekerpede takes place on a medium-sized metal platform. Of course, it will be good to run around a lot during the fight, as well as look around for ammo and health crates when needed.

Use any weapon effective for medium to long range damage to attack Seekerpede. We don't recommend taking the risk of maximally approaching the boss. 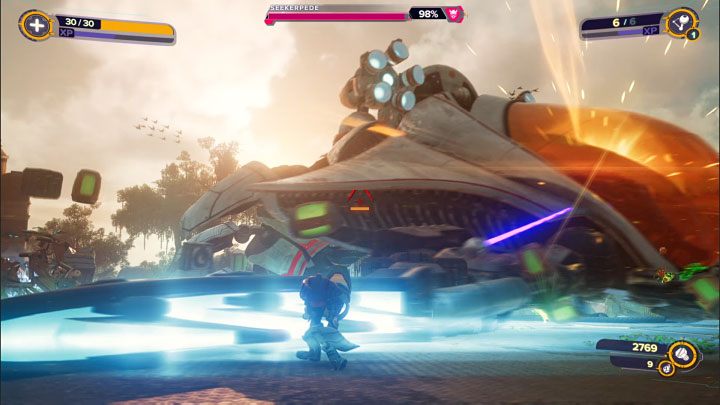 Seekerpede often performs powerful sweeps with its upper limbs. In order to avoid damage, you must perform double jumps at the right moments. 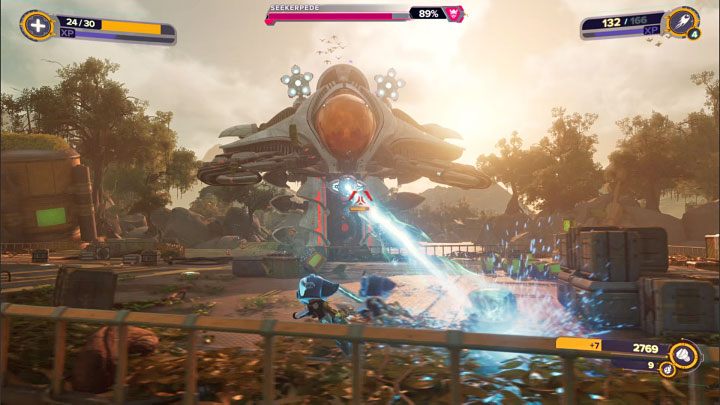 The boss also has a dangerous ranged attack - it shoots a blue laser beam. Run sideways a lot in this case and, if necessary, help yourself by dodging (spectral rush) to reduce the risk of getting hit. 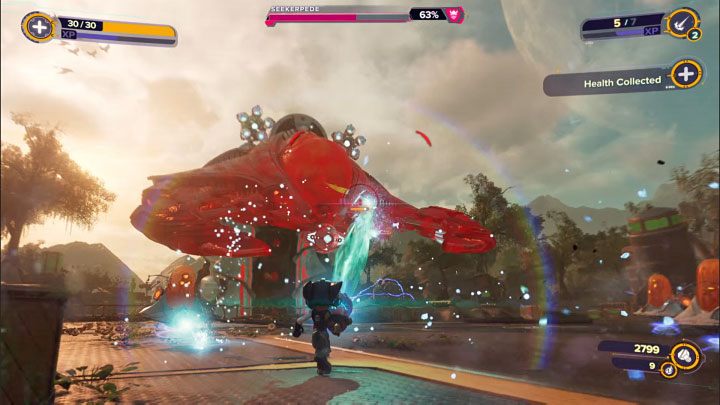 Expect that regular opponents may appear in the battle arena. You can ignore them to some extent and make sure to stay on the move, or eliminate those enemies that threaten Rivet. It might also be a good idea to use, for example, the Negatron Collider to hit normal enemies in a single attack and weaken the boss a bit. 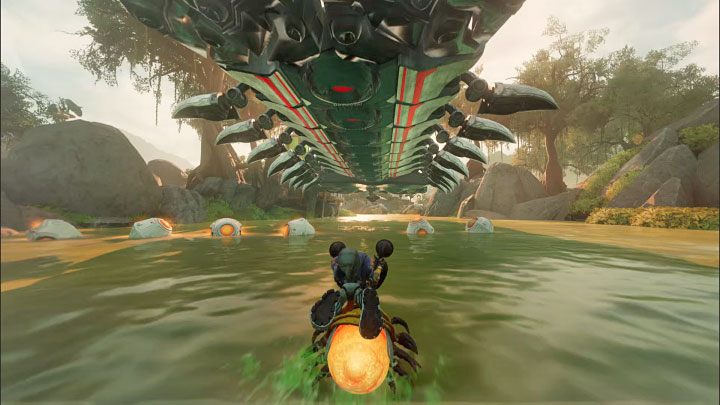 After the boss has lost 50% of his health points, a cut-scene will be activated. Anew sequence of chasing Seekerpede will begin. Just as before, you must catch up and stop it. In the initial part of the chase, you must watch out for rows of mines - choose narrow passages between them. 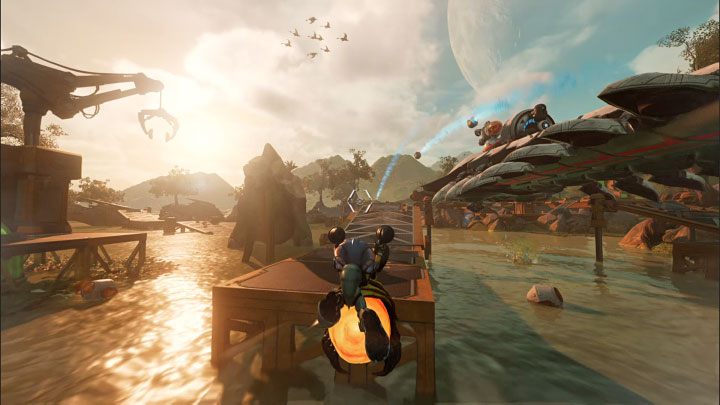 During the chase, ride the two ramps with the afterburner on and after a long flight, land on the back of the boss again. Just like before, you need to hit the flight stabilizer with a lot of force.

The second part of the duel with Seekerpede 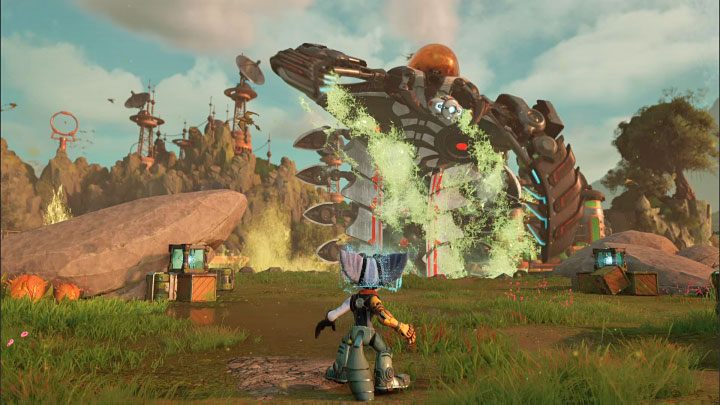 Boss will again lose the ability to fly and after another emergency landing, second part will begin. This time it will take place in a larger clearing. While waiting for the boss attacks, you can destroy a few crates in the area to heal up and replenish your ammo supply. 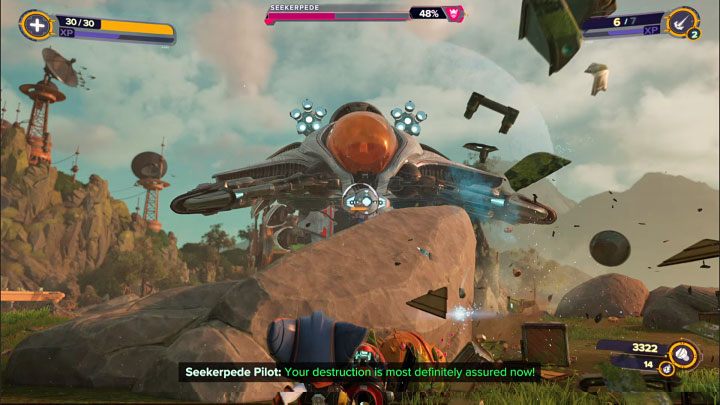 There are obstacles in the new fighting arena, but you must be aware of the fact that the boss can easily destroy the rocks with his upper limbs sweeps. Don't treat them as indestructible objects. They can only minimally help in avoiding Seekerpede's laser fire. 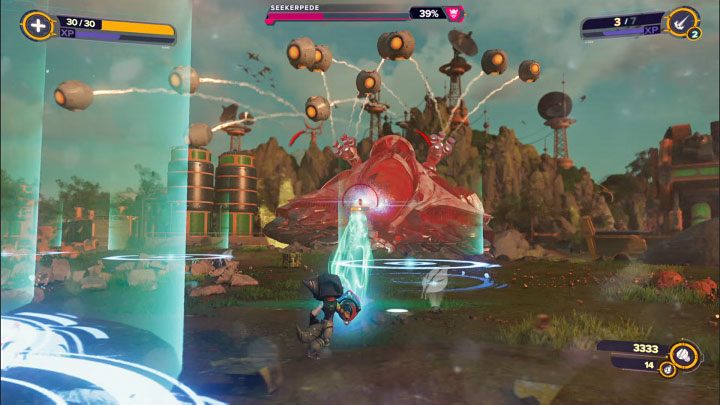 A new boss attack in the second phase of the fight is to scatter mine traps around the area. Move away from the places marked with blue circles and after the battle has resumed be careful not to get too close to any mines and detonate them. Interestingly enough, the boss itself will destroy mines after a while by performing powerful sweeps. So you don't have to avoid them anymore until the very end of the clash. 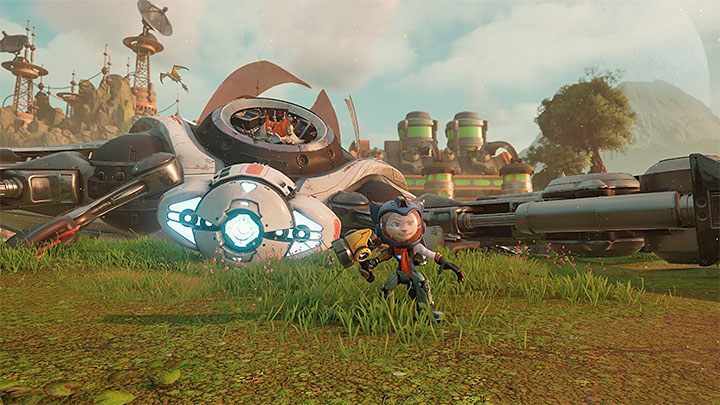 The final part of the duel will not surprise you with anything new. Continue firing and dodging boss attacks until Seekerpede loses all its health. Upon winning the fight, you will activate a cutscene.