This page of the Ratchet & Clank Rift Apart game guide describes the Doctor Nefarious boss fight. We mean the first encounter with Dr. Nefarious, which occurs as part of the prologue on the planet Corson V. You will learn how to avoid Nefarious' laser attacks and gunfire, and how to win the boss fight. 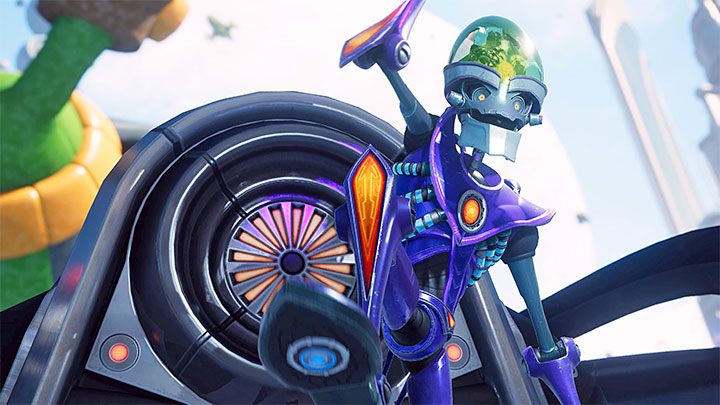 Doctor Nefarious is the eternal enemy of Ratchet and Clank. The first confrontation with him will occur already during the prologue on the planet Corson V. During the parade in honor of the main characters there will be an attack of armed thugs and the main antagonist himself. You will have to complete the chase after Nefarious and go through all the locations of the prologue before you reach the place of the first full-fledged fight with the mad doctor. 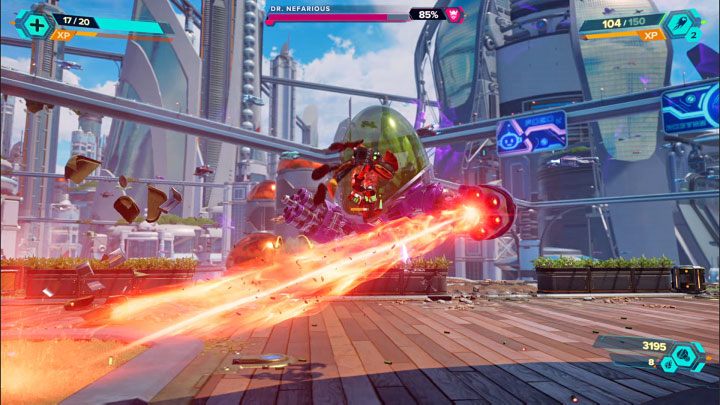 Nefarious' most formidable attack is firing a large laser that initially shoots only in a horizontal line. If you want to avoid getting hurt, you should jump over the laser - you can jump to the sides, as the camera will be focused on the boss. Remember, of course, to double jump, so press X again during the flight. 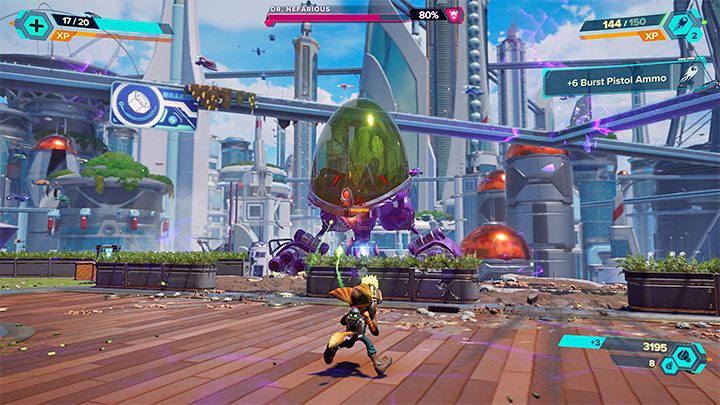 You can attack Nefarious with any of your weapons, with Multi-shot allowing you to fire from a greater distance. The Enforcer Rifle will only allow you to deal more damage when you get noticeably closer to the boss. 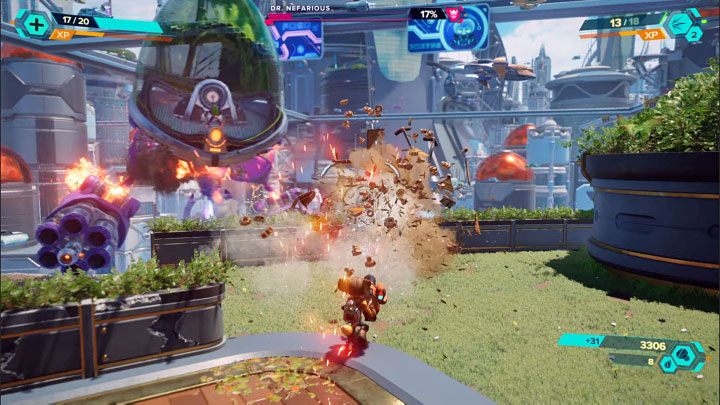 If you get injured, you can find health crates in the arena. Other wooden crates may in turn hide ammunition. 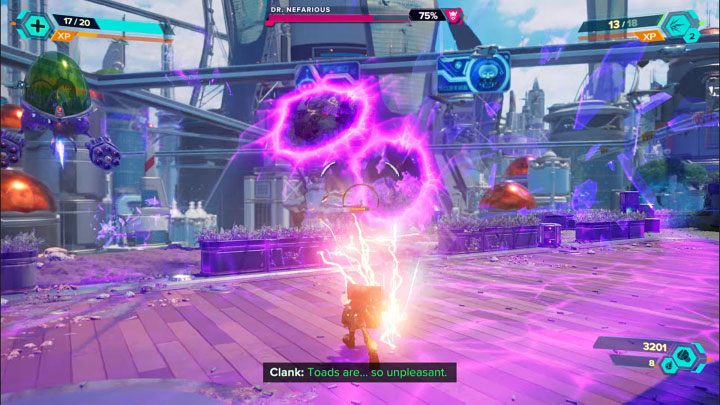 Each time Nefarious takes enough damage, he will move away from the battlefield and call for reinforcements that will arrive from the chasms. Focus on dealing with the new regular opponents. In this case, The Enforcer and Shatterbomb can come in handy to deal area damage. 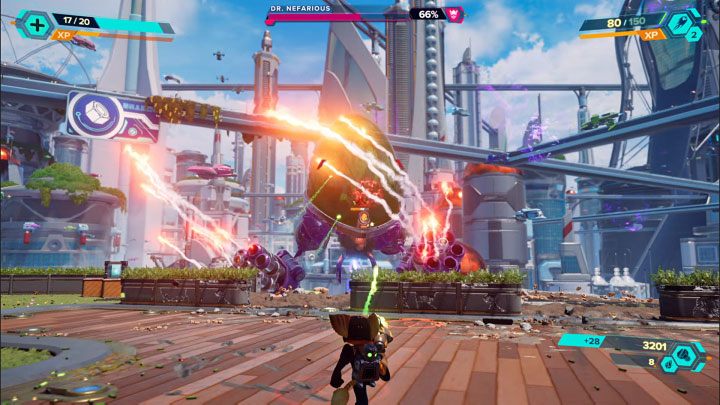 In the later stages of the battle, Doctor Nefarious will begin using rocket fire. In this case, a proven tactic is to run sideways. At the same time, pay attention to the red signs appearing on the floor and move away from them as quickly as possible. Interestingly, while dodging boss rocket attacks, you don't have to stop your own firing and can continue to weaken Dr. Nefarious. 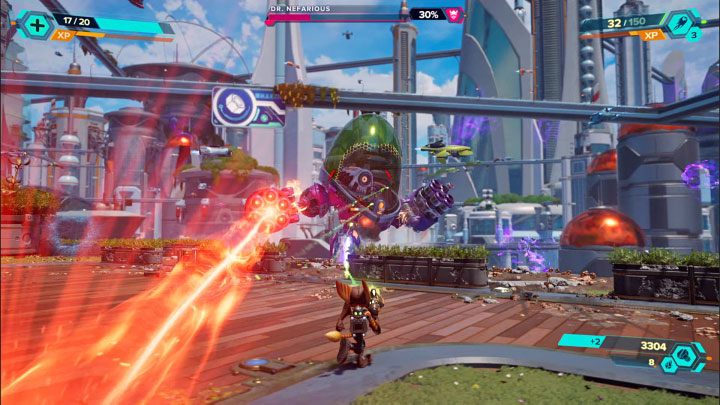 Nefarious' other new attack later in the duel will be a large laser beam following Ratchet. Depending on where you were when the boss activated this attack, it is safest to run continuously left or right. The game allows you to jump over the laser beam, but it can turn immediately in the opposite direction, and it's easy to take damage this way. 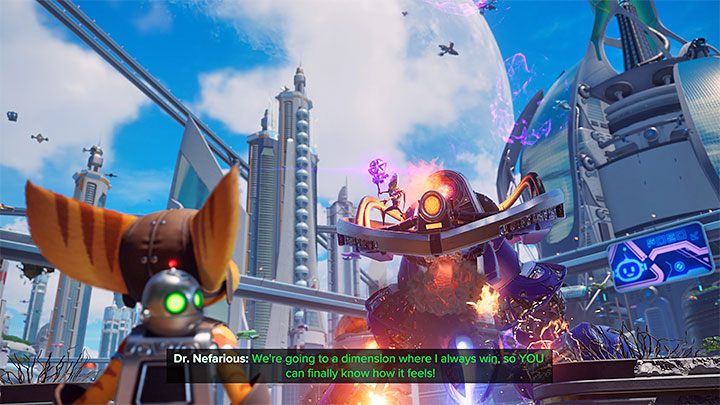 You will not be able to ultimately defeat Nefarious as early as the game's prologue. After the boss loses his entire health bar, an important new cutscene will be activated to end this confrontation.