This page in our guide to Rage 2 contains the description of the first boss fight with cyber Crusher, one of the bosses you encounter during the main storyline. This is one of the few mandatory bosses encountered during the campaign. Read our description to learn the boss's attacks, ways of avoiding them, and how to defeat Cyber Crusher.

The fight with Cyber Crusher during Ground Control mission 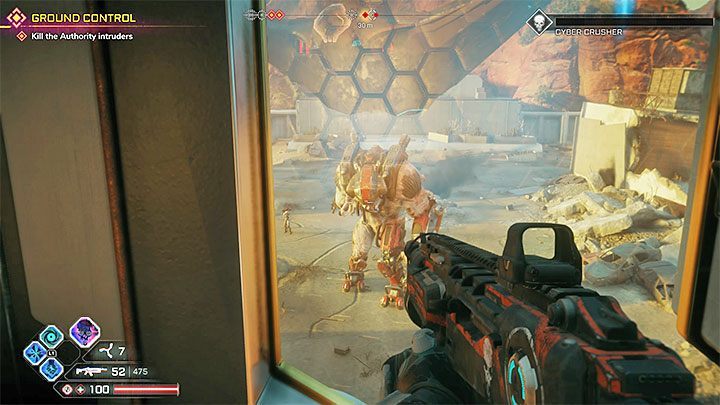 You face Cyber Crusher in the final part of Ground Control mission. The fight takes place after you move the EcoPod back from the orbit and hack into its supercomputer. Cyber Crusher will stand in your path to the EcoPod's exit. 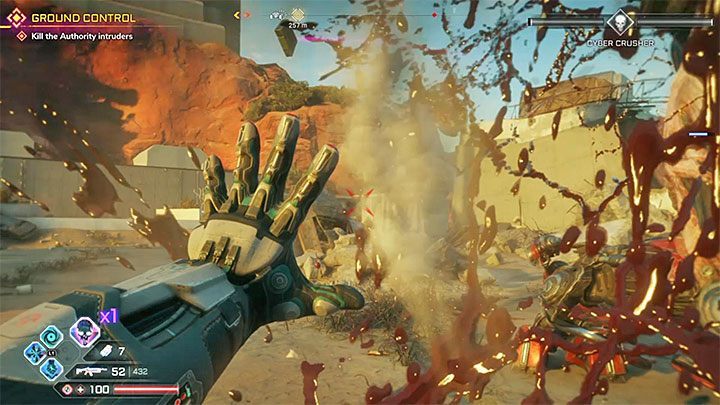 The fight Cyber Crusher and the Authority forces starts shortly after you reach the bottom. The boss's health bar is displayed in the upper right corner of the screen. This health bar will change depending on the current phase (more about that below).

We recommend eliminating the regular enemies first. You can do that fast by using, e.g. Shatter skill. If you kill them now, they won't cause you problems later. 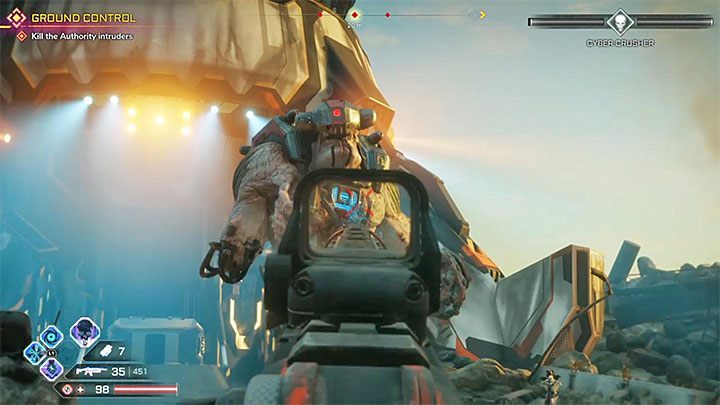 This boss fight consists of two parts. The first part has two phases activating alternately. In the first phase, you have to aim at the blue spot on the boss's chest. This will weaken him gradually. Attack the boss with any weapon that works at a medium distance. 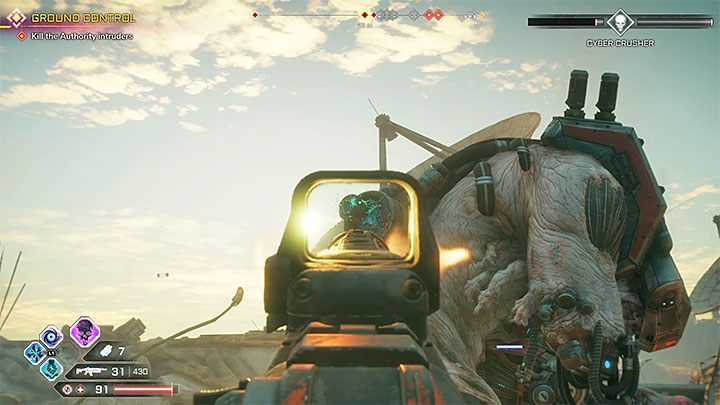 In the second phase, you have to run towards the stunned boss and attack the blue tanks on his back. You don't have to keep attacking the same tank until it is destroyed. Attack the one that is the easiest target to shoot. 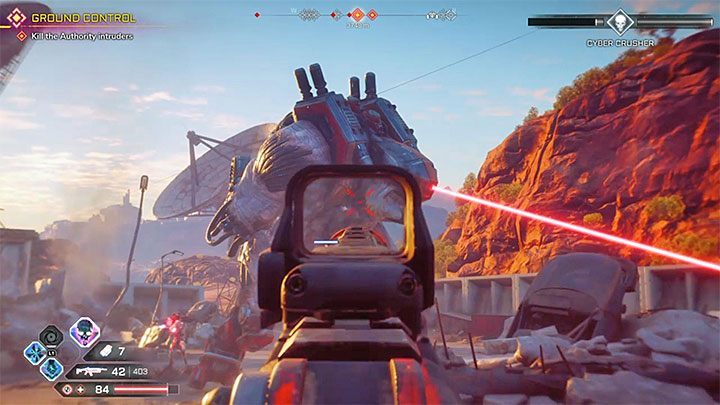 Don't focus on attacking only the Cyber Crusher. Watch out for his attacks: 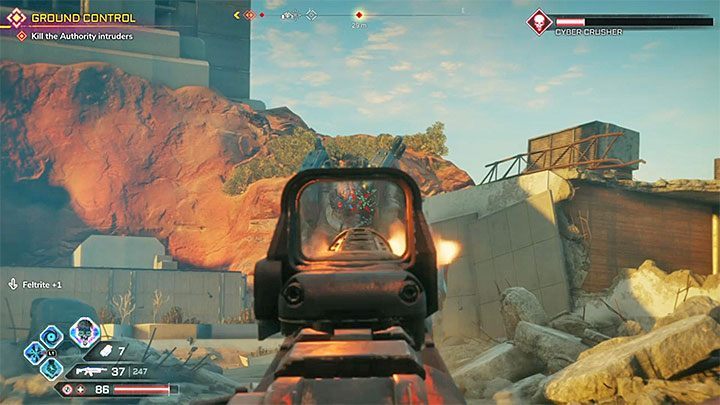 The second part of the fight starts when the boss loses part of his armor. Cyber Crusher's energy bar will change into a "classic" health bar. This part is very easy. Attack the boss's unprotected head - this is his weak spot.

Defeat Cyber Crusher to receive Neuronic Interface, one of the items that allow you to increase your character's stats at the cyber doctor in Wellspring.

Other encounters with Cyber Crusher 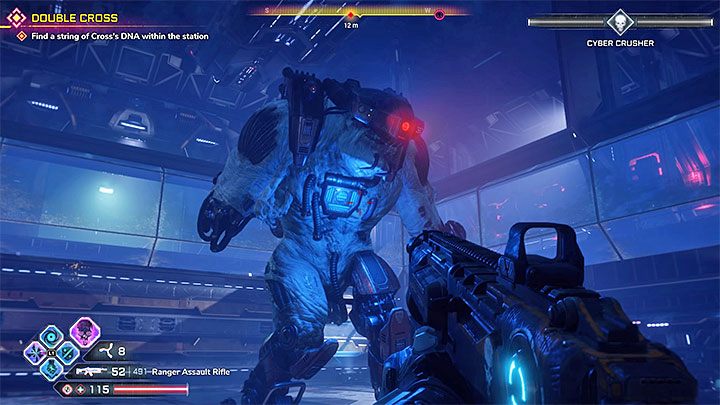 The fight during Ground Control mission isn't the only moment where you have to face Cyber Crusher. These huge mutants can also appear during exploration (one of the encounters occurs when you reach the Ark) and during the later story missions - Beneath the Surface and Double Cross. However, each of these fights work in the same way. This way you can repeat the steps described above - they will help you defeat any of the Cyber Crushers.