In this section of the guide to Rage 2, you will find a detailed description of the story quest Blackout. This is one of the tasks of the main storyline of the game, unlocked during the passage of the prologue. As part of this mission, the hero must visit John Marshall in Gunbarrel, and then go down to the sewage and deal with the mutants there. In this mission, you can also obtain a combat shotgun. 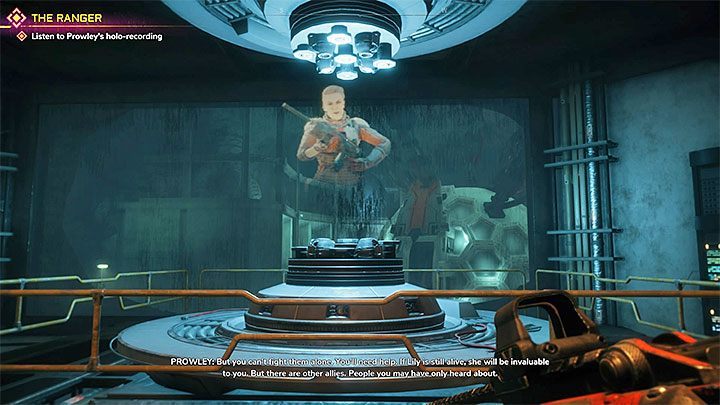 This is one of the four tasks automatically unlocked during the passage of the prologue, that is, the passage of the main quest The Ranger. This quest will be added to your journal shortly after visiting the first Ark in Vineland. Having studied the Ark and unlocked the Dash, you have to go back to the room with the holo-recording and listen to the remaining part of the briefing by Ervine Prowley.

Meeting with John Marshall at Gunbarrel 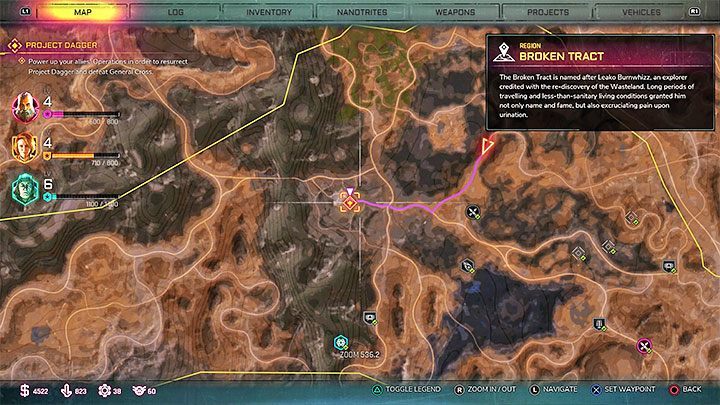 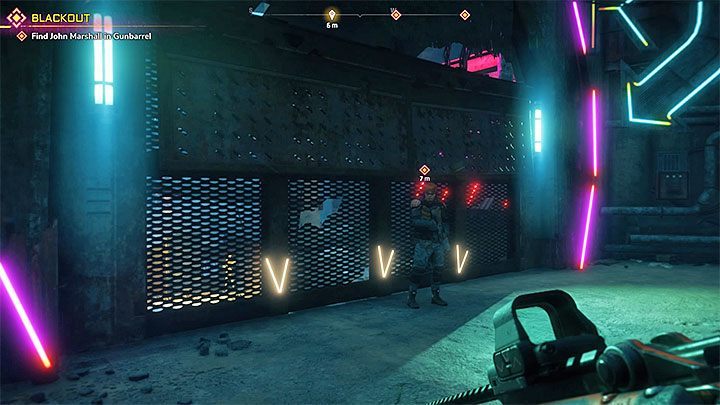 You need to get to the city of Gunbarrel, which is located in the region of Broken Tract - select any path leading to this location. As soon as you get there, talk to the Ranger Sidney Quickdraw, who guards the entrance to the city. You'll be allowed inside. 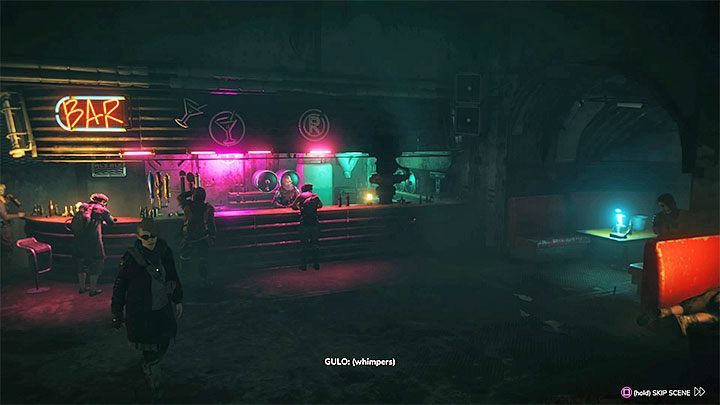 If this is your first visit to Gunbarrel, you should spend some time exploring the city. You can see the offers from several vendors, meet with a few NPCs (talk to people with icons above their heads), view the contracts left at the notice board, or look for collectibles.

In order to play this mission, go to the right of the entrance. Get to the entrance of the bar lighted up with neons. The wanted John Marshall will be at the bar. Approach him to trigger a cut-scene of the meeting and obtain the contract.

Descend into the sewers and find a combat shotgun 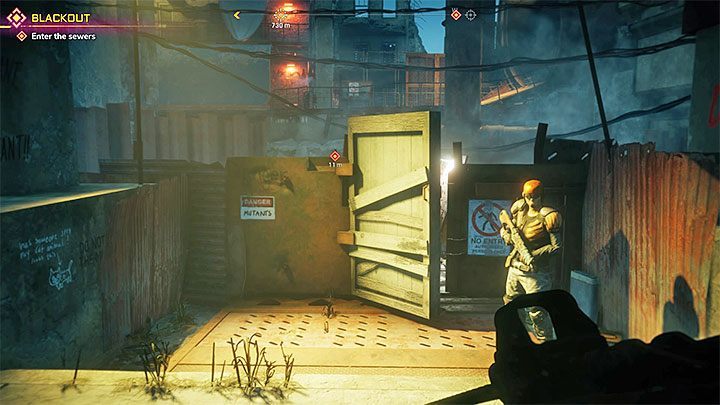 Return to the nearby entrance to the city. Please note that there is an elevator to the canals. The way to the elevator is shown in the image. It is guarded by a ranger, who, before meeting with Marshall, didn't want to let the hero in. 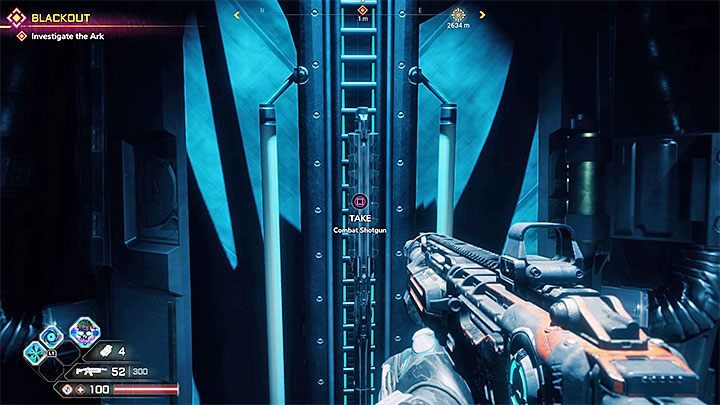 When you exit the elevator, get to the stairs and start exploring the canals. You won't meet anyone at first. Reach the Ark in the channels and use the Focus to open it.

Inspecting the inside of the Ark you will receive a new weapon - the Combat Shotgun. You immediately need to take a tutorial of this weapon - you will learn to perform normal attacks, use the Slug Shot to knock opponents down, and see how the gun works after turning on the Overdrive. 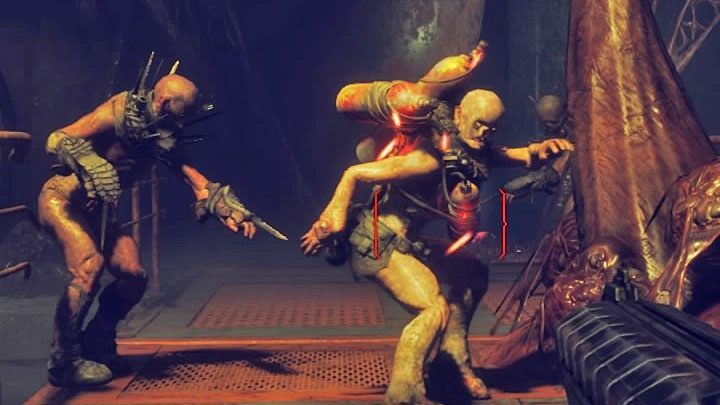 Resume the exploration of the channels. From now on you will encounter mutants. During the battles, you can use the newly obtained shotgun or an assault rifle. The important thing is to keep the monsters at bay. Don't let the mutants get close to the hero, because they do a lot of damage in melee.

In particular, watch out for mutants covered with explosive canisters (such as in the picture). Attack them from a greater distance, as the explosion can kill you. If one of these monsters gets close to you, Dash before firing.

Resetting the turbine in the channels 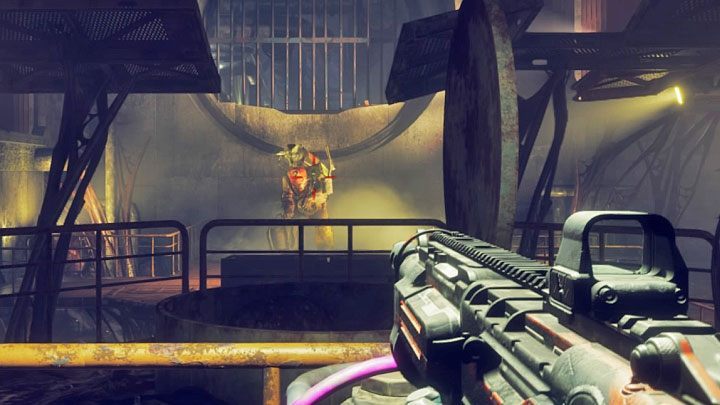 Get to the big room with a turbine. Start by getting rid of the next mutants. Then go to the valve and interact with it.

A mini-boss will emerge nearby - the Abadon Warhead. The monster of this is best attacked from a long distance, using the assault rifle. Be on the move and, if necessary, jump to either side to avoid damage. If you have charged Overdrive, activate it to increase the damage done by the rifle. 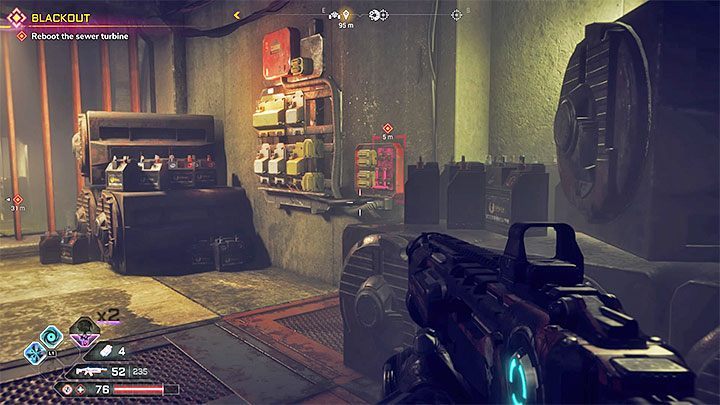 You need to reach two new switches. Take your time on the way to them - you will encounter more mutants. Attack them from a distance to avoid direct confrontation.

Once you are done, go back to the central valve to turn it.

Going back to John Marshall and completing the mission 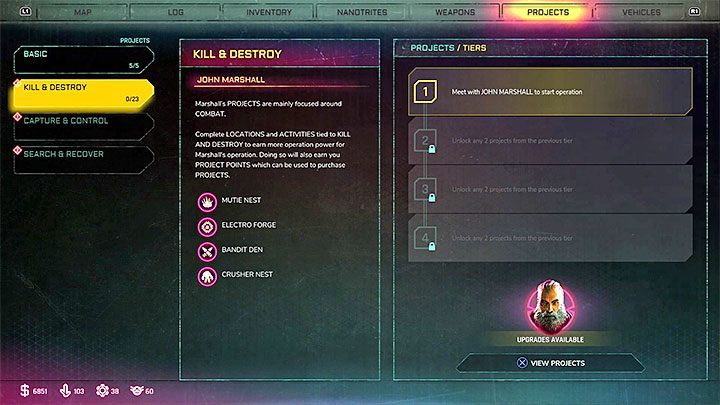 Go to the elevator marked by the game - you will leave the sewers without having to go through the same locations again.

Complete the mission by talking to John Marshall. As a reward, you will get access to John Marshall's projects. It is worth spending at least part of the project points you have collected so far.

By completing this mission, you will receive the Blackout bronze trophy.