On this page of our trophy guide to RAGE 2 we have described the silver trophy called Efficiency. Achievement is awarded for killing 5 enemies in a row with powerful assault rifle without reloading. On this page you will find tips on how to get this trophy and how to properly attack enemies with your weapon. 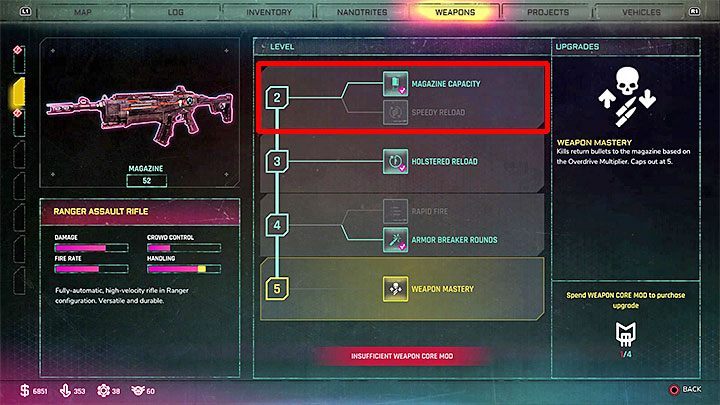 Preparation for trophy is not mandatory, but it can be very useful. The plan involves upgrading the assault rifle. Spend some feltrite to raise this weapon to the second level. Then, you can spend the Weapon Mod for the purchase of Magazine Capacity upgrade.

This action is aimed at increasing the maximum number of bullets in one clip. If you have already chosen a faster reloading, unfortunately, you will be left with a regular clip. However, this doesn't lock access to the achievement. You just need to save more ammunition. 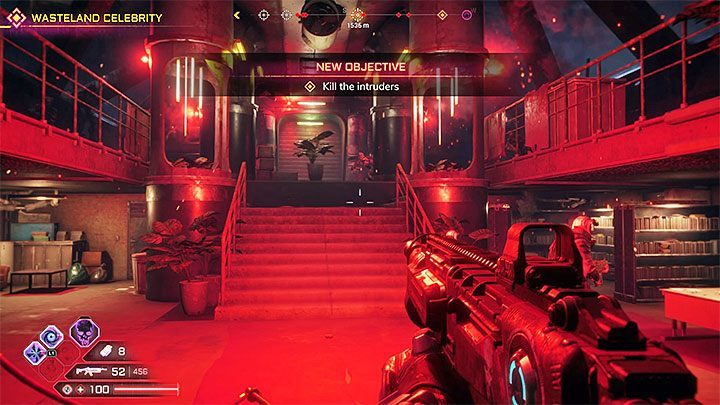 To get the achievement, select a group of weak and unarmored opponents. It's best to attack enemies on the lowest possible level (like on 1-3 level), which have very few health points.

In the example shown in the attached image to this achievement we fought with enemies after the Wasteland Celebrity. In the initial part of this task there is a battle in the town hall with a group of weak thugs. 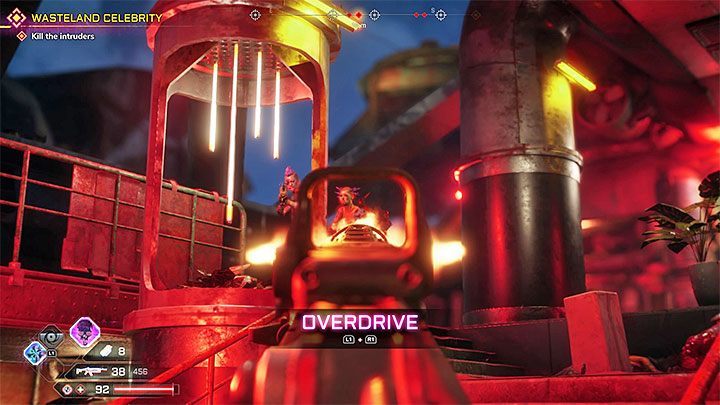 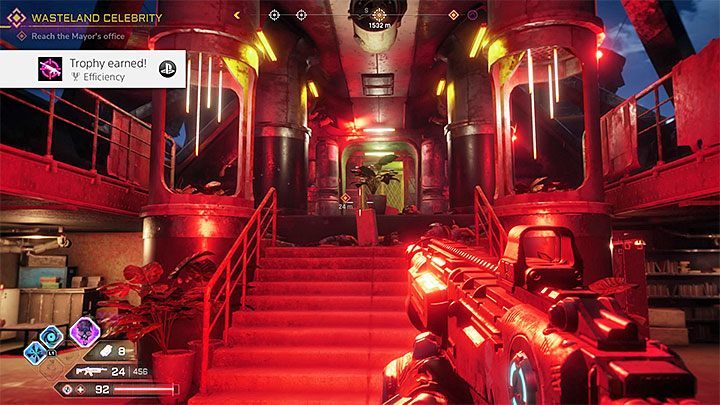 Regardless of the selected group of opponents, remember the following things:

If you still have problems with this trophy, consider lowering the difficulty level of the game. After setting the lowest difficulty level, the hero will withstand much more enemy attacks. You will be able to aim peacefully at opponents (in their heads). So, you won't be occupied by other things.