On this page of our trophy guide to RAGE 2 we have provided a detailed description about the Off With Their Heads silver trophy. This achievement is awarded for killing a total of 100 opponents by hitting their head with a wingstick. Below you will find various tips on how to unlock this trophy. 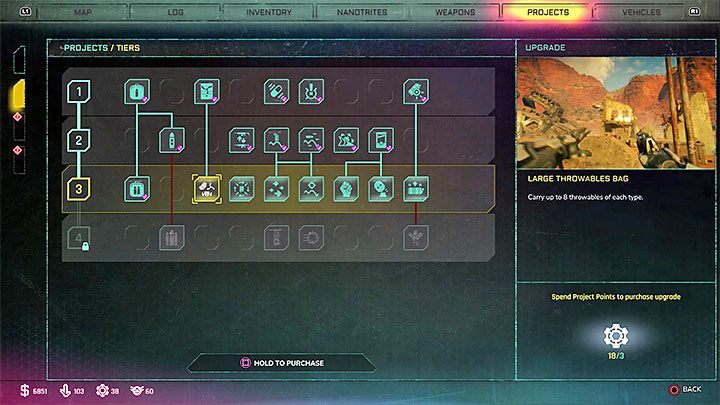 The trophy is not very complicated - you have to use the wingstick and kill enemies with blows to the head. Attacking other parts of the body will not count for trophy's progress. Unfortunately, you will need a lot of time to kill a hundred enemies. Below you will find four ideas to complete this task:

1) Use the fact that the wingstick is available from the beginning of the game and try to constantly use all the gadgets of this type, as the subsequent wingsticks are often found together with another loot. Also, rely on the fact that you meet weak opponents in the first locations of the game. This will make it easier for you to aim at the opponent's head before throwing the wingstick. Moreover, enemies encountered in the first hours of the game usually do not have any armor. There is no need to be afraid that you may use up some wingsticks after hitting enemy's head.

2) After unlocking the Kill & Destroy projects - you must complete the Blackout story mission, you can purchase the Large Throwables Bag project. It allows you to carry as many as 8 wingsticks. You can take them with you without worrying about the capacity of your inventory. 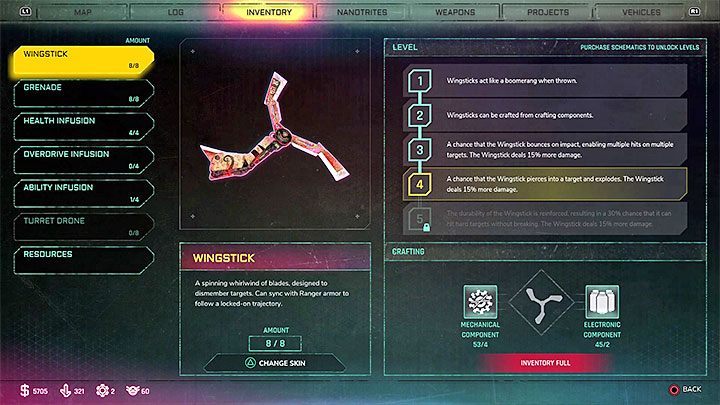 3) You can buy the wingstick blueprint plans from traders. The first scheme of its kind unlocks the possibility of manufacturing wingsticks based on crafting. Crafting a wingstick requires 4 mechanical components and the 2 electronic components. This process is described in more detail on the How to unlock crafting? page of our guide.

4) Buying one wingstick blueprint does not necessarily has to close the subject. You can buy other wingstick crafting schemes. Each type of crafting plans will increase the damage done by these gadgets. This will increase your chances of defeating stronger enemies if the wingstick hits them on the head. 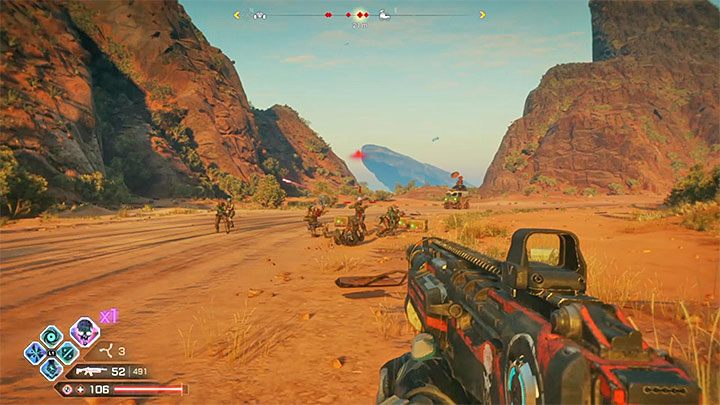 A good way to increase the killings of opponents is taking part in random battles with bandits encountered during various events of the game world (random events during your world exploration). Travel through the starting regions to increase your chances to meet enemies who do not use hats or helmets.

Fighting outdoors has the advantage that the wingstick can easily return to the hero after each successful headshot. Use wingstick as often as possible during the battles to get as many head decapitations as you can from each confrontation.