On this page of our trophy guide to RAGE 2 we have described a golden trophy called Overly Driven. This trophy is awarded for achieving an overdrive multiplier equal 10. On this page you will find tips on how to prepare yourself to get this specific trophy. We also gave examples of two types of combats that make it quite easy to achieve the x10 multiplier. 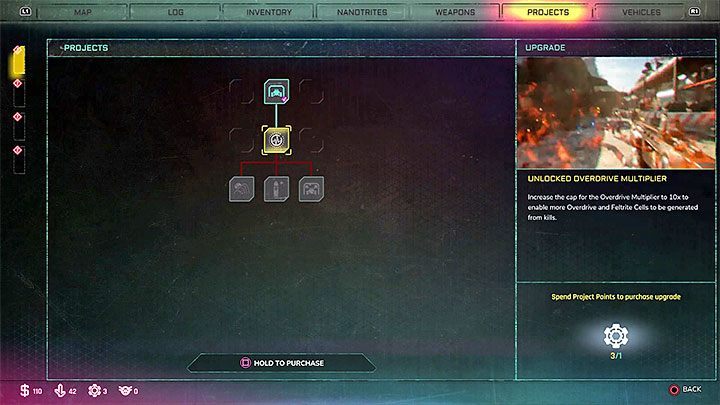 You can't immediately work on the progress for obtaining this achievement because the default overdrive multiplier can't reach the x10 value. Fortunately, this problem can be easily solved. After completing the prologue of the game you will open access to the Projects tab. Go to the Basic projects group and select the Unlocked Overdrive Multiplier from the list. In order to purchase it, you need to spend 1 Project Point. For the record, you can earn points by improving your reputation, i.e. completing missions or completing tasks in discovered locations on the world map.

Method 1 - Get the trophy in a large camp of thugs 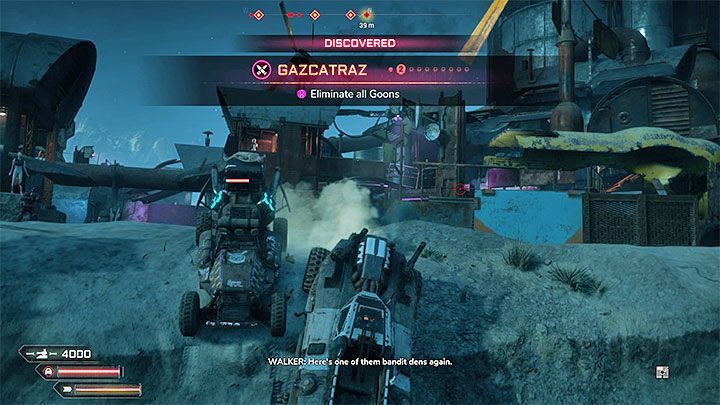 This option involves an attack on one of the bandits dens. In our example, we decided to attack the camp Gascatraz in Twisting Canyons, but you can choose other bandits den. It is best to choose to attack a large camp with low level opponents. You will have a lot of people to kill, but eliminating the thugs will not be very troublesome. 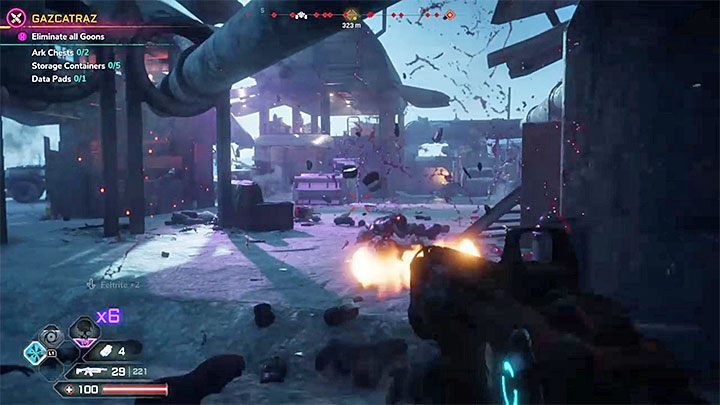 After the start of the battle attack your opponents until you may use the overdrive. From the moment you enable it, try to eliminate enemies in a successful and effective way. Rely on good weapons, blow up elements of the environment, use objects for throwing (like grenades or wingstick) and help yourself with offensive skills (like Shatter, Vortex or Slam). 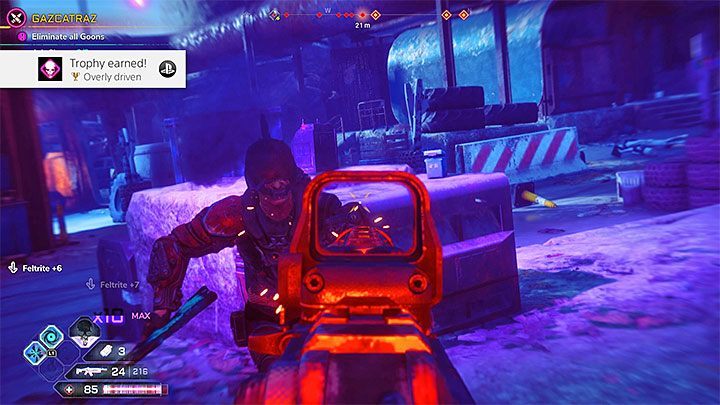 It is very important that the downtime between attacking opponents is not too long, because the multiplier will start to fall slowly. If you can't get the x10 multiplier on the first try, continue to fight, yet again, as long as you enable the overdrive. Getting a second chance to win a trophy is, of course, possible only if the camp has a lot of enemies to eliminate.

Method 2 - Get the trophy on Mutant Bash TV arena 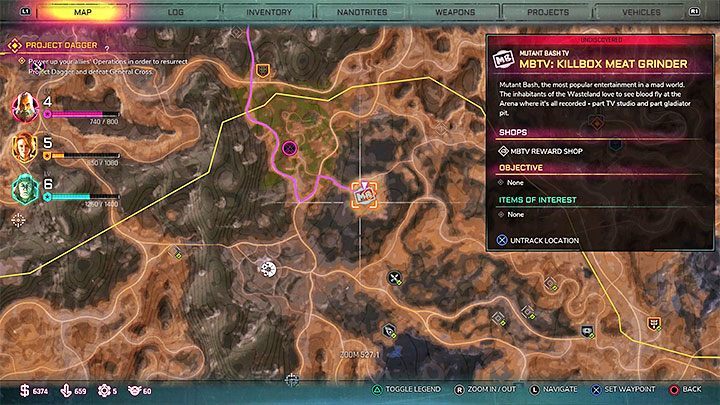 This option involves joining the battles with mutants in the arena. In our example, we visited the Killbox Meat Grinder in the Broken Tract. This place can be visited on your own initiative, although the battle in this arena is also a mandatory part of the Wasteland Celebrity story mission. 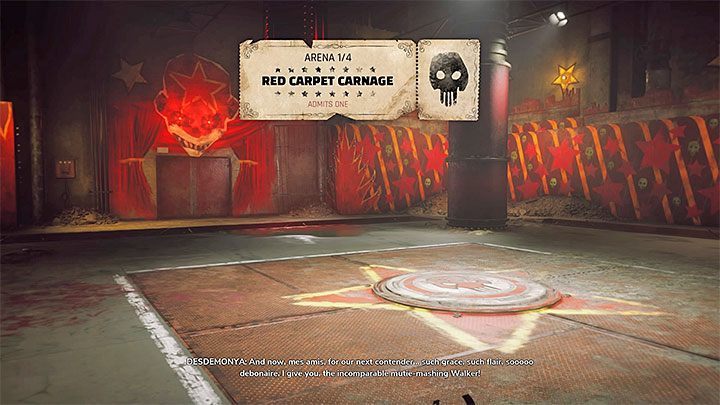 The trophy is easiest to get after the start of the fighting on the first of the four arenas - Red Carpet Carnage. You have to fight with the weakest mutants. Do not start fighting until many monsters appear in the arena. Only then attack them and wait for the moment when you can activate the overdrive. Just as in the case of the first method rely on good weapons, blow up the elements of the environment, use objects for throwing (like grenades or wingstick) and help yourself with offensive skills (like Shatter, Vortex or Slam). 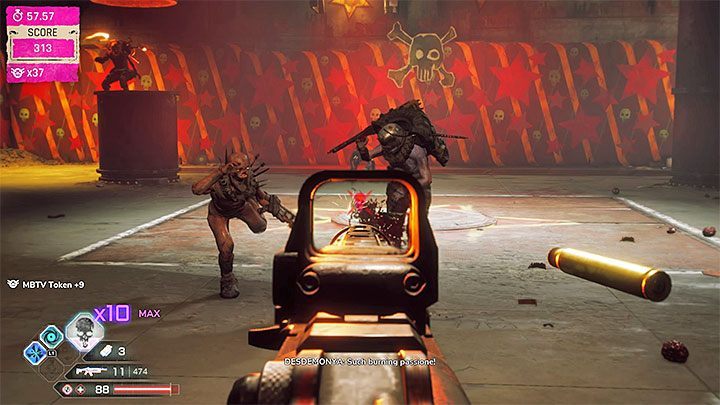 If you kill all the visible mutants, then quickly look around the arena for the next, because the game imposes penalties for inaction and the multiplier begins to fall.

Getting a x10 multiplier on three arenas can be a bit tricky, as apart from eliminating the mutants you need to be careful too and watch out for new traps. It is worth adding that, if necessary, fighting in the arena can be repeated. You can also postpone the game until the end of the fights and return to the last checkpoint. This will allow you to quickly repeat the battle in the same arena.