Best car: Sadly, you won't be given a chance to choose your own car. All the contestants are using a Spyker C8 Spyder. I used the term 'sadly', because it's one of the most difficult vehicles to handle and you wouldn't even think about choosing it in normal racing conditions.

Hints: Winning this tournament is going to be very difficult. You'll have some major problems with two races - the first one and the final third one. Winning them is next to impossible if you haven't practiced driving a Spyker. Obviously knowing the track is equally important, however you've raced here many times before.

Let's start by saying a things about the first race in this tournament. The whole idea of winning it is to go through the entire track without slowing down. Also, you'll only use the brakes once or twice. It may seem unreal at first, however you'll come to the same conclusion once you've started the race a few times (and lost). You will be allowed to slow down only twice. The first area is near the start. You can't take the first corner at full speed (screen), because you'll lose control over your car or you'll end up on the grass. This becomes frustrating on the opening lap, because there are other vehicles ahead of you. I would recommend restarting the event a few times in order to receive a better spot on the grid (somewhere in the middle of the pack). Either way, you will have to be very careful here. Touching other cars isn't officially forbidden, but nothing good would come out of it. You would probably spin the car around and that's more than enough to jeopardize your chances of scoring a good place at the finish. 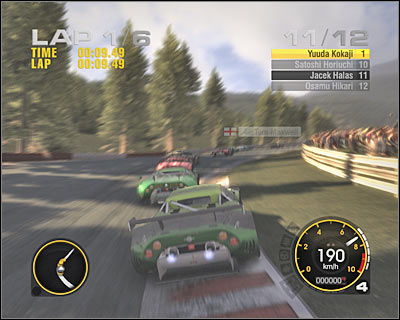 Don't forget about the second right corner, because you won't notice it at first glance and you also have to pass through it at maximum speed. The second area where you can slow down has been displayed on the screen. It's one of the tougher chicanes. Don't use the brakes, though. Releasing the gas pedal for a second or two is more than enough. Doing this will allow you to stay on the track. Watch out near the finish line. There's a mild curve there and it needs to be passed through at full speed. As for other contestants, try overtaking them somewhere in the middle section of the track, once you've gone past the second corner. Sadly, this means you'll be able to advance only 1-2 places per lap, so it's important not to start the race from the back of the grid, because you wouldn't have enough time to finish on the podium. 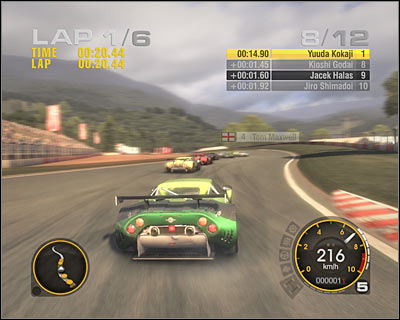 I guess you may be surprised a little by the fact that the second race is extremely simple to win. Other contestants will suffer from the lack of grip here. Thanks to that, you won't have any problems overtaking them. You should be able to take the lead on the first lap. The only thing you have to worry about are some of the hairpins. Your car may have some problems slowing down, so you'll have to brake early.

The third race is going to be only a little easier than the first one, mostly because you won't have so many problems staying on the track. The bad news is that you'll have even more problems overtaking other vehicles, because you can pass through almost an entire lap without slowing down. Your only chance is the first sharp corner (screen), but you'll only gain a few places there. Obviously you will have to be driving flawlessly, so you won't give other players the opportunity to win back their places. 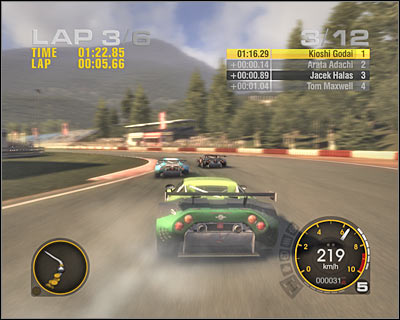 Best car: This is also going to be a challenging tournament, so you should consider choosing a vehicle which will allow you to pull off some insane stunts. If you don't mind experimenting a little bit, consider purchasing a Mazda RX-7 FD3S. Otherwise you should choose a Toyota Soarer or a Nissan Silvia.

Hints: This is going to be the worst possible version of drift, because not only you'll have to gather points but you'll also have to watch out for other cars. Each track will force you to change your tactics a little bit, even though they may all look the same.

The first race takes place in Yokohama. Sadly, the circuit consists of a large number of sharp turns. Additionally, you're going to be surrounded by walls and large obstacles. You will have to make a decision whether you plan on staying near the leader at all costs or maybe you like to remain somewhere in the middle of the pack, pulling off excellent drifts. You can win this event the same way you've been winning before - by increasing your multiplier and moving close to metal poles. It's often wise to slow down on this track, even if it means gathering less points. It's always better than crashing and losing all of them. Thankfully, there are some faster corners as well, so you'll be able to increase your speed there and you won't have to worry about your surroundings so much. 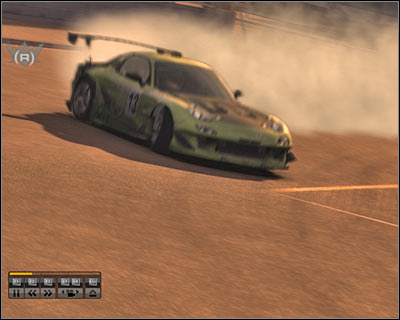 The second run (screen) is by far the easiest one of all three. If you weren't capable of taking the lead before, now's your chance. The most important thing about this circuit is that it's very wide. As a result, you won't have problems gathering a lot of points, even if you're less experienced in winning these types of events. You should also be able to stay somewhere in front, maybe even as a leader of the race.

The third run in the tournament is very similar to the first one. Sadly, this means you'll have to deal with a large number of sharp corners. This becomes frustrating near the start and at the end of each lap. You should be able to gather a lot of points in the middle of the track, because it's much easier out there to avoid hitting cars and obstacles. Don't try taking the lead at all costs, however you shouldn't be the last one in the pack as well. Try staying somewhere in the middle and you will gather enough points to win the race. 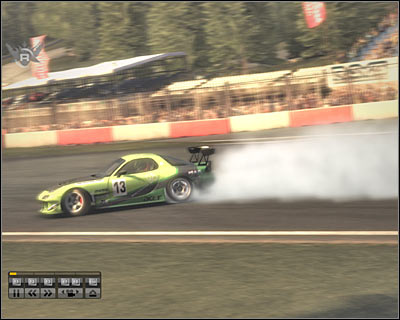 Hints: I guess you won't be surprised to hear that this duel is going to be more difficult than some of the "standard" drift events. Your opponent is very skilled, so you'll have to gather A LOT of points to beat him. Ignore the fact that his account won't show any points for a longer period of time, because that's when he'll be increasing his multiplier. Nevertheless, he shouldn't be able to pull off more than one clean lap, so it's not a disastrous situation.

The key to success here is to achieve a highest possible multiplier, because only then you're be capable of keeping up with your opponent. Don't try getting closer to the metal poles, because it can be dangerous here. Remember that only one crash can delete all your achievements. You won't have to lead this race, however you should be presented with a few opportunities to overtake your rival, mostly when he makes some kind of a mistake. React quickly to such actions, because you'll be allowed to gather more points when you're in the lead. If you didn't make any mistakes and pulled off nice multipliers, you should be able to win this head to head challenge on your first run. 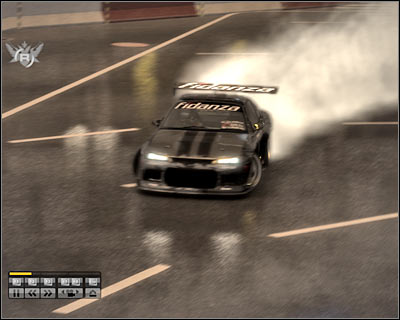