Best car: The title of this event says it all. You will be forced to choose between two brands. Aston Martin has only one model in the game - DBR9. As for Chevrolet, you will be allowed to choose between two GT1 class vehicles - C5-R and C6-R. I would recommend choosing an Aston Martin, however only if you're comfortable with this car. If you can't drive it properly, you should buy a Chevy Corvette C5-R instead. Ignore the C6-R model, because it's not as good as its predecessor, especially when it comes to performance.

Hints: The most important thing about this tournament is that you'll have to be moving in a different direction on all three tracks. Sadly, this means you'll have to spend some time learning how to take the corners, especially since AI drivers are going to be very fast here. Also, you won't be allowed to make any mistakes.

The first race is going to begin a with a very difficult chicane. You will have to avoid straying off the main track, because your car will immediately lose grip on the grass. You should be aggressive here on the first lap, however focus on precision on the following three laps. Once you've dealt with the first section of the track, you'll come across a new difficult corner (screen). Slow down here slightly, so you'll avoid any problems. Focus on overtaking other cars, because the next section is simple. Watch out near the finish line, because the last corner is tricky. 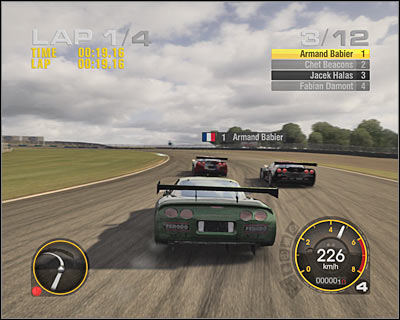 Action of the second race is going to take place on Nurburgring circuit. Like I've already said, you'll be going in an opposite direction. Try overtaking at least a few cars near the start line. After that, wait for other opportunities to present themselves. You'll have plenty of chances to advance, as long as you don't make any mistakes. Be careful near the finish line, because there are some difficult corners out there (screen). You shouldn't be in a lot of hurry. Instead, focus on maintaining a good racing line. Thankfully, other drivers will also slow down here, so you don't have to worry about them getting too close. 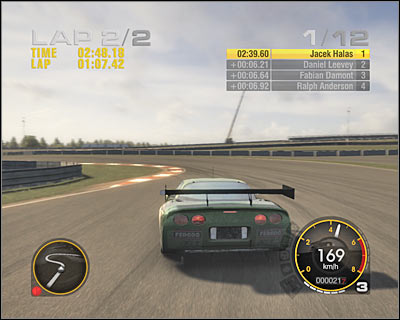 The final third race in the tournament is Istanbul Park. I would recommend that you focus on having a very good start, so you won't have any problems overtaking a few cars near the hairpins (screen). You should be able to advance a lot of places here. Be careful once you're on a straight road. There are some very fast corners here and you must prevent the car from sliding, because losing control here is equal to losing an entire race. You will have to deal with four mild curves. Slow down only a bit, so you won't end up outside the track. The final part of the lap will require you to deal with a large number of tight corners, but this is good news - you'll have more opportunities to take the lead away from AI controlled players. Watch out only for the final turn and you should be able to secure your win. 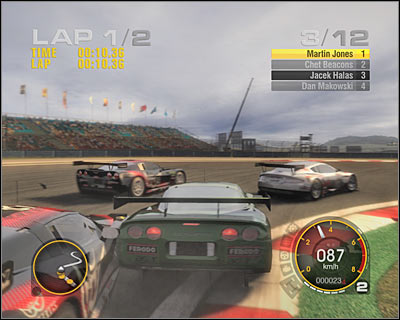 Best car: You will finally be allowed to choose between two vehicles of the Touring Cars category. Chevrolet Lacetti is a better choice for less experienced players. I would strongly recommend choosing a BMW 320SI which is much faster than the Chevy. You'll also be able to drive it aggressively, as long as you don't mind sliding here and there. :-)

Hints: The first track is the main version of the Nurburgring circuit. You've been here a few times, so you should know it by now. Try overtaking as many vehicles in the first sector as possible. It shouldn't be a problem, since there are a lot of tight corners out here. Now you must focus on driving flawlessly. Don't forget to control the back of your vehicle, so you won't spin and lose your advantage over the rest of the grid. The final part of the lap is a well-known chicane. Brake early and maintain a perfect racing line while going through the chicane.

As for the second track in the series, you probably know it from the demo version of the game and you've been using the exact same car, so it should be extremely easy to win. First of all, you will be allowed to cut through most of the corners and hairpins, because there are special sections for these types of actions. Watch out near the second hairpin (screen). The final section of the track consists of two difficult corners. Stay on the inside, so you won't end up dangerously close to a gravel trap. 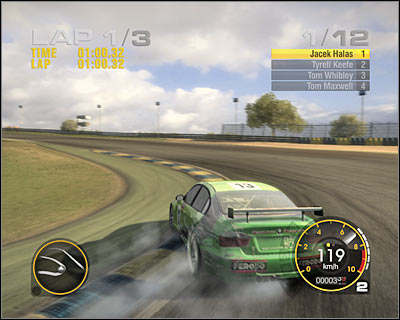 Istanbul track should also be familiar to you, so I'll only focus on some of the more important things. Just as in previous races, you should have a great start followed by an aggressive first corner (screen). Try winning a few places here. As for the rest of the track, don't forget to turn left at some point of the race. Also, you won't be allowed to slow down too much. The final section are the three hairpins. Use them to get closer to the leader of the race. 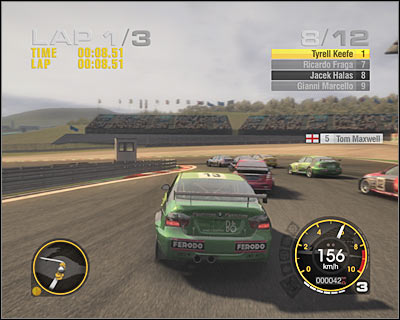