Best car: Once again, you won't be allowed to choose a vehicle on your own. All the competitors are using a Chevrolet Lacetti from the Touring Cars category. You should consider purchasing this car, because you might need it in other tournaments. Also, it's very cheap.

Hints: Both races of the tournament take place in Istanbul Park, however you'll be dealing with different variations of this track. I guess you won't have any problems achieving two wins here, however understanding the track is an important matter, mostly because you'll have to go through some of the corners at an exact speed. If you'll drive slowly, you won't have the chance to catch up to other cars and if you'll drive too fast, you'll end up in a gravel trap.

I would strongly recommend having a perfect start, so you won't end up being overtaken by other vehicles. You should be able to reach the first corner very soon. Despite what you might think, it's not too sharp, so you don't have to slow down your car too much. Prevent other vehicles from moving away from you. Focus on some of the upcoming turns by going through them at a maximum possible speed. This should allow you to close the gap to the leader of the race. The second part of the lap consists of a large number of sharper corners (screen). You should consider performing a few overtaking maneuvers here. Cutting through some of the corners will also become a possibility. 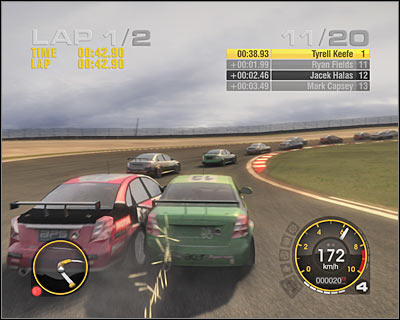 You will come across four mild curves. DON'T use the brakes, because it's possible to get through them at a maximum speed. All you have to do is to stick to the inside and you won't end up somewhere outside the track. The final section of the lap will require you to deal with several sharp turns. The first one will force you to turn left. Also, there are three hairpins near the finish line (screen). This is your final opportunity to take the leadership away from your competitors. Be careful not too cut through these corners too much, because you'll hit a tire wall or you'll lose control over your vehicle. 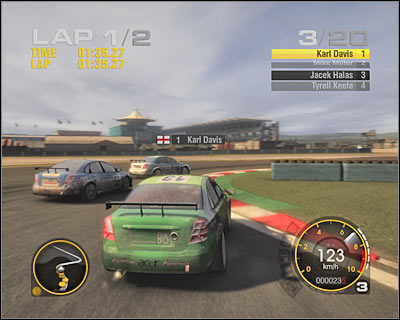 The second track has a very similar start to the first one, so you should use this as an opportunity to overtake other vehicles. Maintain a close distance to them and wait for the right moment to perform an overtaking maneuver. You will have to turn left somewhere in the middle of the track (screen). Thankfully, it's a simple maneuver, so you won't have to slow down. Focus on maintaining an ideal racing line and you should take the lead even faster than in the previous race. 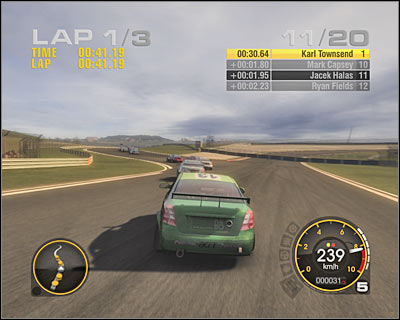 Hints: Sadly, it's going to be a difficult head to head challenge, mostly because you'll be forced to use a TVR Tuscan Challenge. As you probably remember, this vehicle is very difficult to drive, especially here where it's very narrow. Also, you will have to be racing in Milan and this is probably your first visit to this variation of the track. You will have to restart this event at least a few times to familiarize yourself with the layout of the track and the capabilities of your vehicle.

I would strongly recommend that you begin racing by having a perfect start. Prevent the wheels from spinning too much and focus on maintaining a small distance to your opponent, because he'll probably take the lead right away. You should be able to reach a small roundabout very soon. Slow down slightly, so you won't hit your opponent, but you can't let him extend his lead. I would recommend overtaking him near the cathedral (screen), especially since there's a sharp turn here. You should be successful, as long as you play this out aggressively. 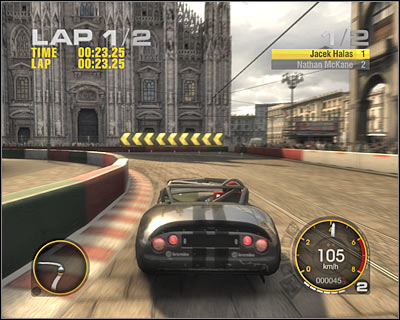 I guess you won't be surprised if I tell you that you should focus primarily on defending your first place against the attacks of your competitor. Enter a small tunnel. Use the brakes, because the next left turn is very tricky. You'll hit a tire wall here if you drive too fast. Some of the upcoming chicanes are corners are equally difficult. Watch out for a tight right turn (screen). You can't cut through it (tire wall) and you can't go too wide (barrier). 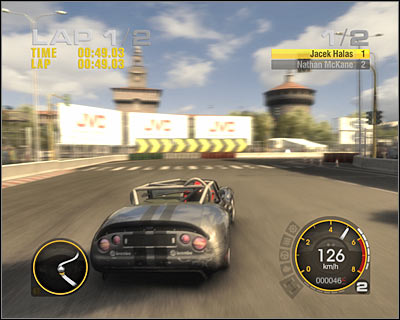 You should be able to reach a new corner very soon. Cut through the corner aggressively, because there aren't any penalties for such an action. The next left turn is very tricky. You MUST maintain a perfect racing line here. Don't cut through it or you'll lose control over your vehicle (there's a large bump here). The final part of the lap will require you to achieve maximum speed and hold it. Block your competitor if he gets too close. Avoiding the barriers at all costs is also very important here. 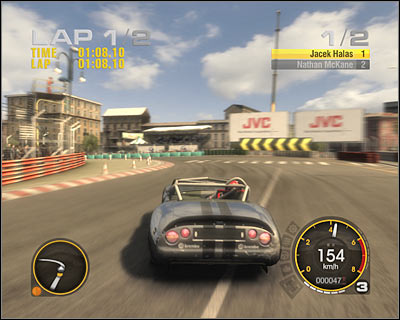