24-hour race in Le Mans appears on your list at the end of each season and you'll probably finish 16-17 of those, depending on how many times you'll repeat some of the tournaments and how many Driver Offer challenges you've decided to participate in. I wouldn't recommend skipping this event, even when you don't have enough money to buy a vehicle. If you're short on cash, consider choosing one of the challenges by joining other teams only for this one event. It's important that you're always using the fastest car in your class during the event, so you won't have to worry about other players attacking you throughout the course of an entire race. This becomes very frustrating and may result in you making a lot of mistakes. Remember that it's a long race, because you'll have to be focused for 12 whole minutes.

Here are some of the most difficult sections of this track:

1) Obviously you should focus on having a good start. It doesn't really matter which class you're riding in. Approach the hill and go through the first chicane safely (screen). Depending on your car, you'll have to stick to the ideal racing line or you can try cutting through the corner. You'll have to figure out on your own whether you'll be allowed to play more aggressively or not. 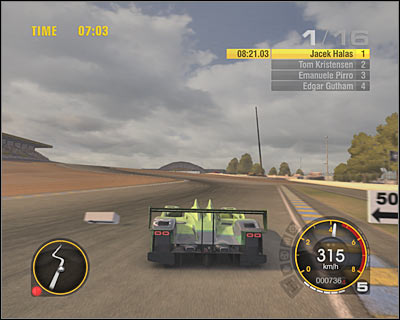 2) Some of the upcoming corners may be tricky, especially the left one (screen). You won't be allowed to leave the track, because there's a high probability of spinning the car or being caught by a gravel trap. A mild curve leads to the first straight section of the road. You can try cutting through the grass or you can maintain a perfect racing line. You should be able to familiarize yourself with these corners after a few laps. Only the first one can be painful.

3) Reaching a new set of corners is going to take you a lot of time. Depending on the performance of your vehicle, it can take up to you 15-20 seconds. Use the brakes the second you've noticed a tire wall in the background. I wouldn't recommend cutting through this chicane too aggressively (screen), especially if this one of your first runs. Nevertheless, try exiting the chicane as fast as possible, so you won't have to wait too long for your car to achieve maximum speed. 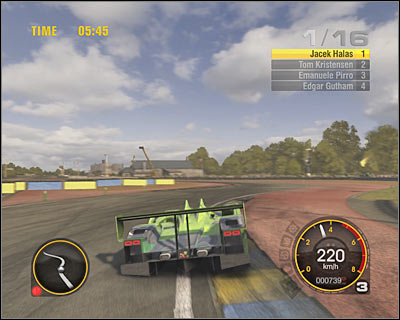 4) This time it's going to take you less time to reach a new set of corners. You'll have to deal with a very tricky chicane (screen). Use the brakes early. You could try moving a little to your left, however you would have to avoid ending up on the grass or near a gravel trap. If this is your first run, maintain a perfect racing line through these bends. 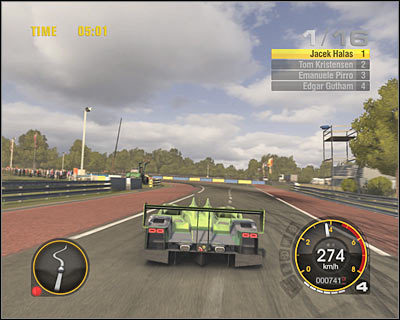 5) Once again, you will have to accelerate. Use the brakes near a mild corner which is going to be followed by a very difficult corner (screen). It's EXTREMELY important that you don't brake too late, because you would have ended up in a gravel trap. Also, you won't be allowed to cut through this corner, because there's a tire wall here. 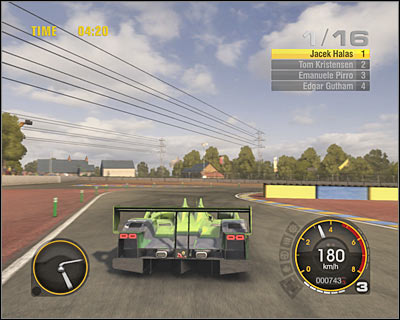 6) I guess you won't be surprised to hear that once again you'll have to start accelerating. You should be able to reach a mild corner very soon. Go through it at maximum speed, however use the brakes once you're close enough to a much tighter turn (screen). I wouldn't recommend cutting through it, because you could lose control over your vehicle. The third corner will require you to turn right. Consider cutting through the grass, however it can be dangerous. It all depends on what type of a vehicle you're using for this race. 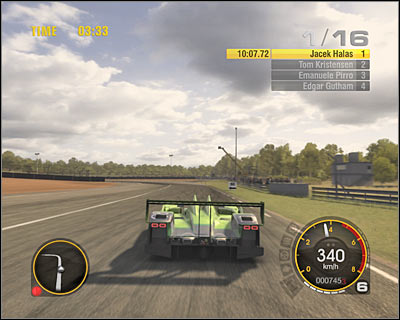 7) It's going to take you about 10-15 seconds to get to a new difficult area of the lap. Your objective will be to go through five mild curves. I suspect that it's going to be some time until you've mastered them. It's very important to slow down the car before approaching the first corner. Accelerate near the second one (screen) and remain at a similar speed near the third corner. Brake before approaching the fourth corner and then accelerate once more to go past the last one. 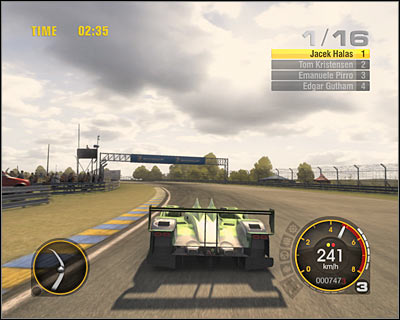 8) The final part of the lap will require you to go through two tight chicanes, built out of tire walls (screen). You won't be allowed to hit these obstacles for obvious reasons. I would recommend slowing down here, especially if your car has difficulties going through tight corners. 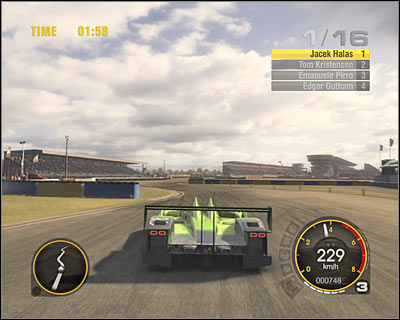