Important! These tournaments will be unlocked once you've gathered one million respect points. You will also be given a global licence which grants full access to other events.

Best car: All the contestants are using Formula 3 vehicles, so you won't be allowed to choose a car on your own.

Hints: This is one of the most difficult tournaments in this group, at least in my personal opinion. If you've participated in F3 challenges before, you should how difficult it is to handle these cars on the track. Additionally, other drivers will push to their limits, so it won't be easy to outrun them, let alone reach the podium. It's doubtful that you'll win all five events. I would recommend finishing first on three tracks and reaching the podium or the fourth spot in the remaining two events.

Detroit is one of the easier tracks of the tournament, mostly because you won't have to worry about finding yourself outside the track. If you'll make a mistake, you'll probably bounce off a wall, however watch out for tire walls - they can stop you permanently. The first corner is very tricky. I would recommend slowing down, because there is a possibility of going too wide (screen). There are some tires there, as well as a small gravel trap. You will have avoid those at all costs if you plan on achieving good results. Go through the slowest section of the track carefully. The middle sector should allow you to overtake a few cars. Watch out for a tight hairpin, as well as other tight corners. The final section of the lap consists of two chicanes. Avoid hitting the barriers here, especially if this is your final lap. 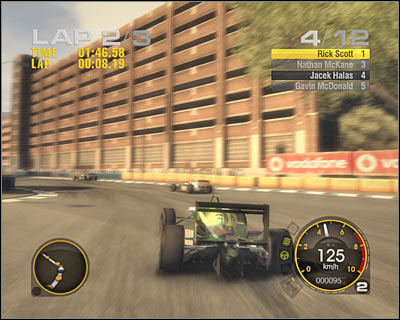 The second stage of this tournament is by far the most difficult one, so you should be more than satisfied if you've finished in third or fourth here. The most important thing for you to know about is that you'll have to go through an entire lap at full speed, including the first section. That's where you've tried to overtake other cars before, so know you'll have to find yourself a new spot. I would recommend choosing one of the middle chicanes (screen). Be careful not to hit other cars, because you'll end up restarting the race or using a flashback. Also, I wouldn't recommend cutting through the corners, because there's a possibility of losing control over your vehicle. 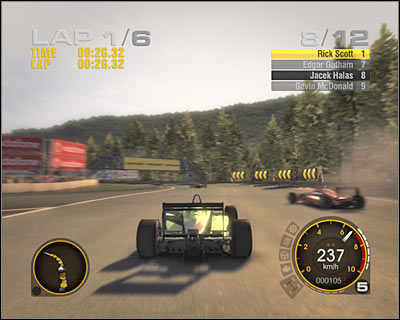 The third track of this championship event is a street circuit. This is also one of the toughest races in the series, so you shouldn't try winning it at all costs. Finishing the race in the top three is a good achievement. Approach the first roundabout carefully (screen). You can't be going too fast and you can't cut through this corner, because you're going to crash or you'll lose control over your vehicle. Be careful when going through slower corners. Don't forget to chase the leaders of the race. There are only three laps, so you won't have a lot of time to catch up to them. 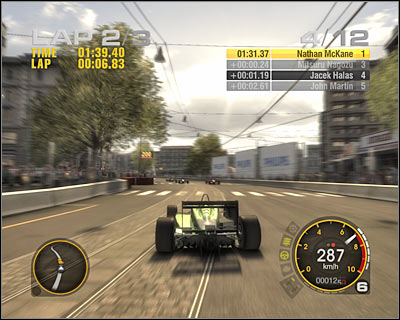 Action of the fourth race takes place in Washington. This is one of the easier circuits, however you should know that other drivers are very fast on this track and they will force you to travel at ridiculously high speeds. Don't crash your car at the start of the race. Choose sharper turns and hairpins for places to overtake other drivers. Watch out for some of the fastest corners, like the one on the screen (screen). You'll have to maintain an ideal racing line in these areas, so you won't crash and you won't allow other drivers to extend their lead. 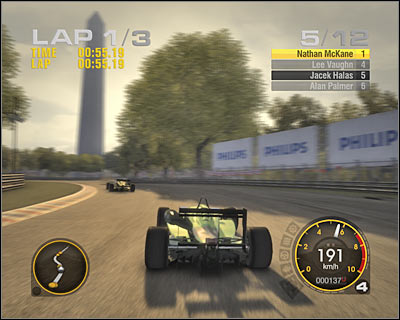 The final race is in Istanbul Park. Thankfully, it's definitely the easiest one, as long as you know where you're going. Other drivers are kind of slow throughout the entire first section of the lap, so you'll have a lot of opportunities to overtake them. Watch out once you're close enough to four mild curves (screen). You can't slow down here and you have to cut through these corners in order to prevail. Thankfully, you'll regain some of the lost time near the finish line, however watch out for the hairpins. 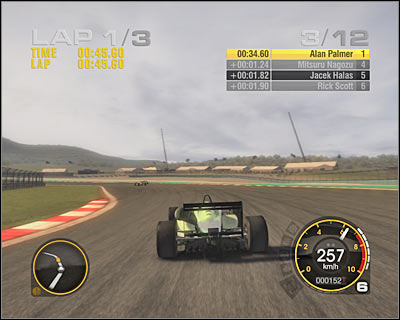 Best car: BMW 320SI is a perfect car for these conditions. You won't have any problems driving it and it's probably already in your garage.

Hints: This is by far the easiest tournament of the global race group. Winning all five races is extremely simple, even if you're a less experienced player. The most important thing is that all vehicles of the Touring Cars category are slow and easy to drive. You should also be familiar with all five tracks, so you'll know where to achieve maximum speed and when to brake.

The first race is in Detroit, so don't forget to avoid cutting through some of the corners, because you may hit a tire wall. Be careful while going through the hairpin which can be found in the middle section of the track. Both vehicles from this class brake poorly, so you'll have to take that under account. Other than that, you should be able to reach the finish line with a comfortable lead over the second car.

Next up, you'll have to move to Washington. This race is slightly more challenging, mostly because you'll have to precise while going through some of the corners. You won't be allowed to approach them a very high speed, because you'll only spin the car around. Also, avoid leaving the asphalt road, because you'll lose a few seconds at best. Focus on having a good start here (screen) and then start overtaking other vehicles. I wouldn't recommend playing too aggressively, because you may lose a lot more than you could ever gain. 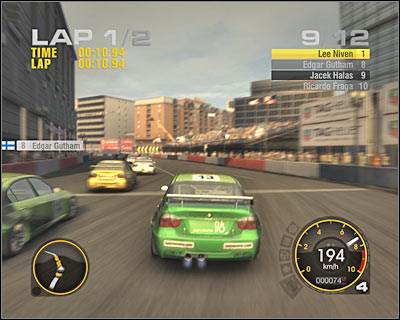 The third track of the championship is Nurburgring and it's one of the easier ones. You shouldn't have any major problems taking an early lead. Watch out only while going through some of the faster corners. Also, don't forget to use the brakes and maintain a perfect racing line once you've reached the final chicane. Istanbul is going to get even easier. You will only have to be careful near the finish line, because it'll be easy to spin the car there.

Milan is going to get more difficult, mostly because you won't be allowed to make any mistakes on this track. Additionally, it won't be easy to catch up to the leaders of the race, so you'll have to be driving flawlessly. Try cutting through some of the corners (screen), however prevent the car from sliding too much. 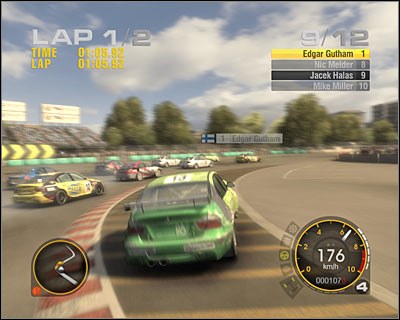