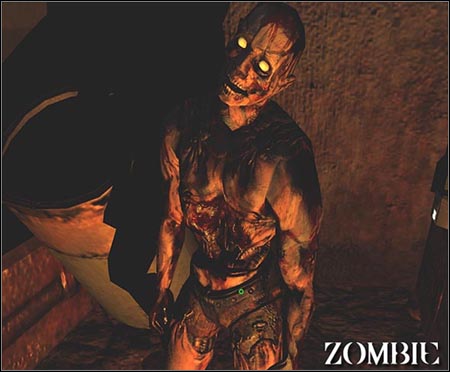 They appear just in one level (Waste Processing Facility), but in big numbers. Zombies aren't tough (70 health points), but extremely dangerous. These creatures attack by spitting acid, which quickly reduces your health points. Some of undead use shotguns, but it happens rarely.

Eliminate them with Machine Gun (accurate shot in the Zombie's head will double hit damage) or Shotgun (in close range combat). When you'll see acid, retreat immediately. Look around frequently, because undead move very quiet and can sneak on you and attack with ease at the most unexpected moment.