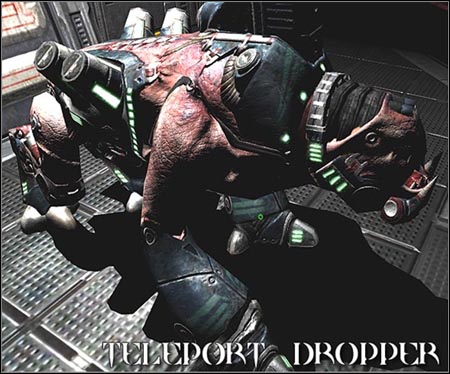 Dogs with teleportation devices placed on their back, which can summon other Stroggos. Teleport Dropper's attack is very weak (bite). Usually they drop balls that summon soldiers and retreat. Teleport Droppers are relatively tough (500 health points), but they hardly ever appear on the battlefield (fortunately).

After seeing this dog, attack immediately - every summoned soldier is just another trouble. Use HyperBlaster (it blocks teleportation ability) or Rocket Launcher (rockets can easily destroy summoning balls, before new enemies can materialize) to shoot down Teleport Droppers.