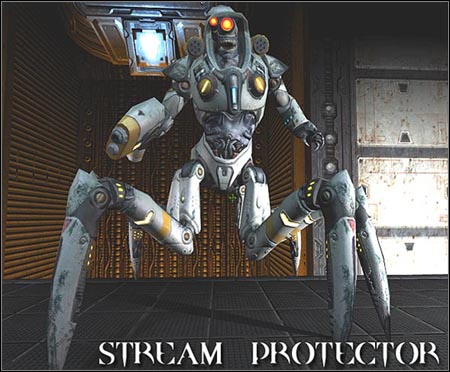 Big robots on four legs. Stream Protectors appear in three levels (first time in Nexus Hub, just before meeting Makron). They always attack in groups, which makes their extermination difficult for players. Stream Protectors shoot rockets with big explosive power (if you are without an armor, perfect hit will kill you). These spiders are very tough (1000 health points).

During the fight, concentrate on shooting in the Stream Protector's head (double hit damage). You can shoot down opponent's rockets easily. Use HyperBlaster (bullets will destroy enemy's missiles and attack Stream Protector at the same time) or Rocket Launcher to defeat them.