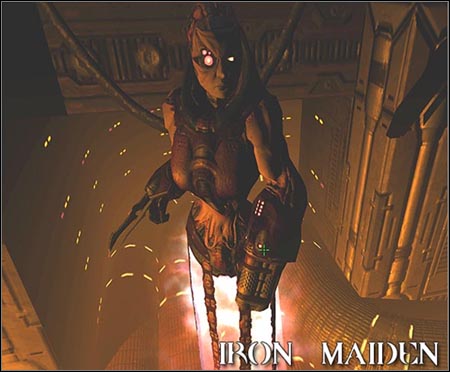 The only 'ladies' in the game, which appear in the ending (Data Storage Security). They are being produced by devices placed in the walls (you'll hear characteristic sound). Iron Maidens have the ability to levitate (aiming = hard task) and fire rockets. They can also teleportate, disappearing systematically from battlefield. Fortunately, these 'ladies' aren't so tough (400 health points).

During the fight try to use weapons similar to machine guns - it'll prevent Iron Maidens from annoying teleportations. Shotgun is the second good option, but only for a short range combat. Sometimes Iron Maidens can be a real pain, so you'll need to use better weapons.