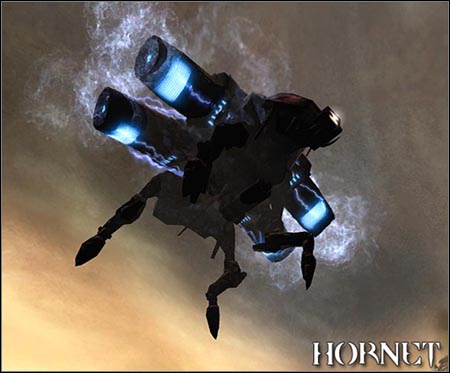 Fighter planes that you'll encounter in three levels - during tank and mech driving missions. Hornets attack from the air with Blaster and rockets (weaker than Heavy Hover Tank's missiles). They can transport Convoys that are additional challenge in missions, which requires vehicles. Relatively tough (750 health points).

Hornets are very responsive and quickly escape from machine gun's bullets. The best way to defeat them depends on precise aiming and firing from the heavy cannon. Usually, one direct hit should be enough. In mech's mission you must concentrate on shooting them with machine gun - rockets are too slow (unfortunately).