On this page of our guide to Psychonauts 2, you will find a walkthrough for the boss fight against Maligula. That's the last enemy, and defeating it ends the storyline. 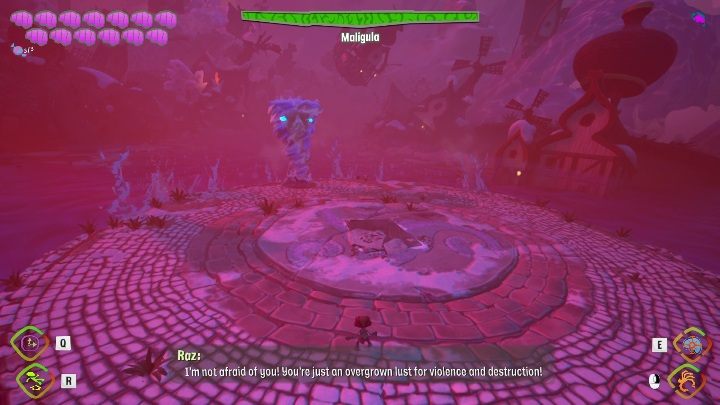 The fight with Maligula finally ends the story path available in Psychonauts 2. 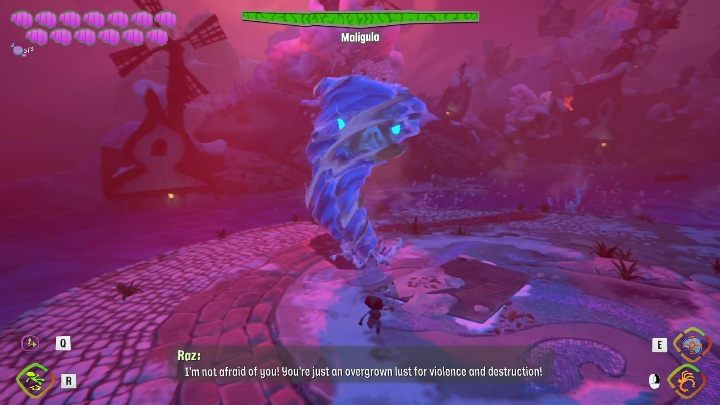 The fight consists of 6 stages, they look very similar. It starts with a wave. The boss will be surrounded by a water whirlpool. You can stop her with your ability. This will make the fight much easier. 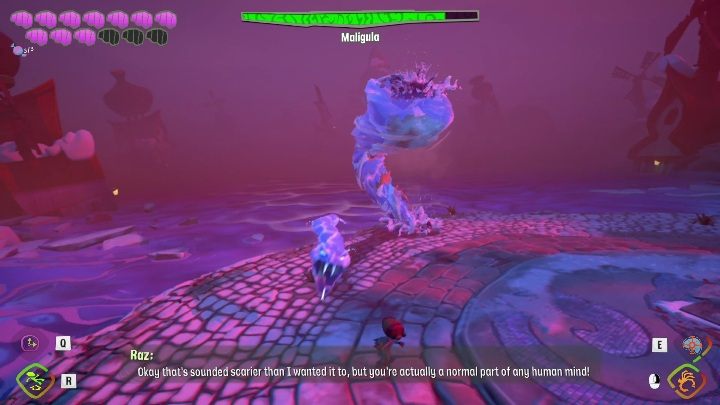 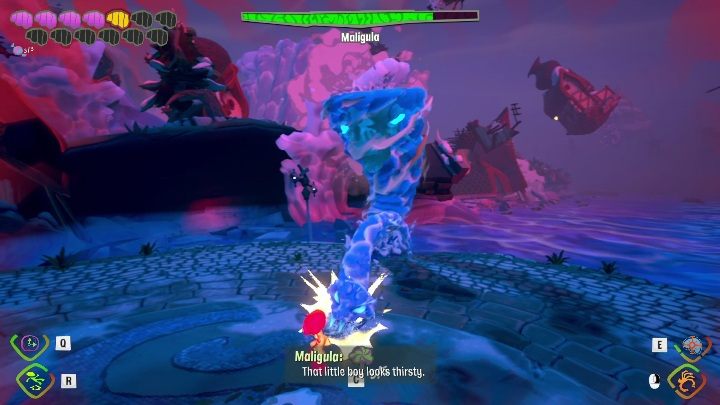 Boss uses water-snakes, which she throws at your character. They deal a significant amount of damage. You have to dodge them. Hit them with fire attacks to quickly get them out of the way. 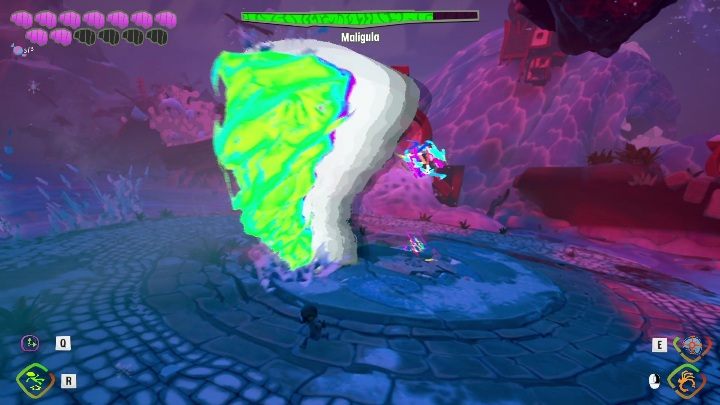 Slowing down the boss makes it much easier to deal damage to her. Thanks to this, she won't be able to use snakes, and this will speed up the fight. 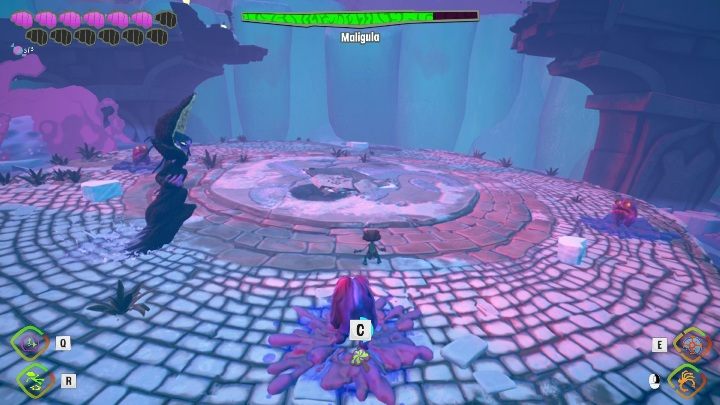 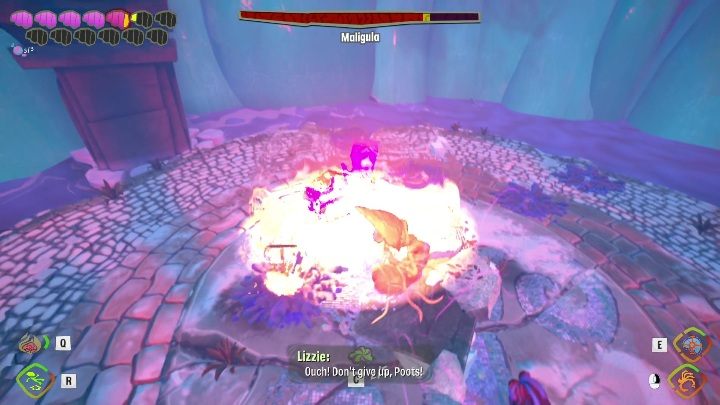 In the second stage, the boss will remove the water barrier. She will summon several opponents around her. You have to get rid of them. You won't proceed to the next stage of the fight until you've depleted Maligula enough life points. 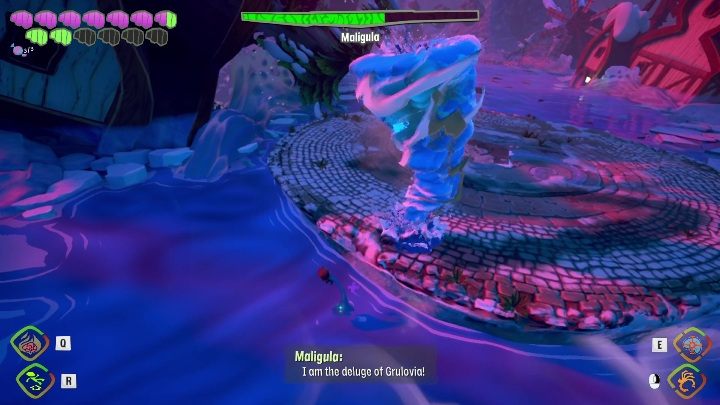 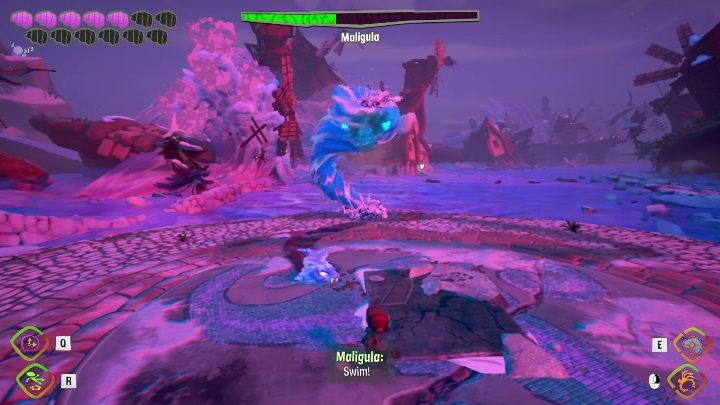 The third stage is similar to the first one. You have to stop the boss, inflict damage on her and avoid water snakes. 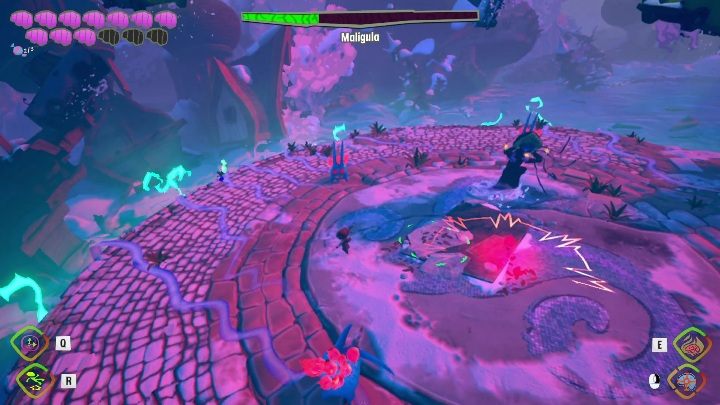 In stage 4, the boss will take off her water barrier again. At this stage, there will also appear exploding bombs that hurt the main character. 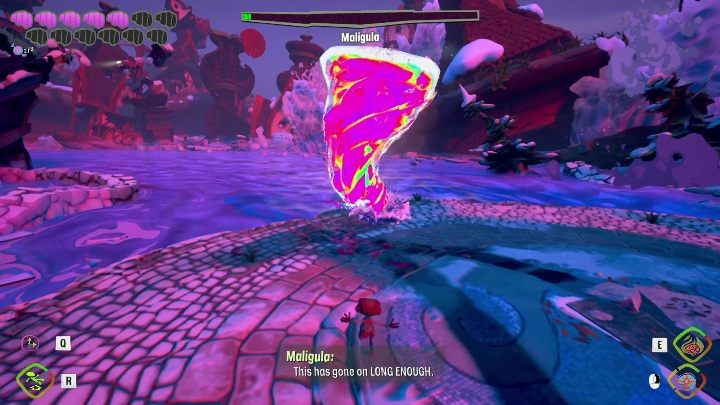 The last stage in the arena. You need to stop the boss and take her as many health points as possible. After this, you will move to the final stage. 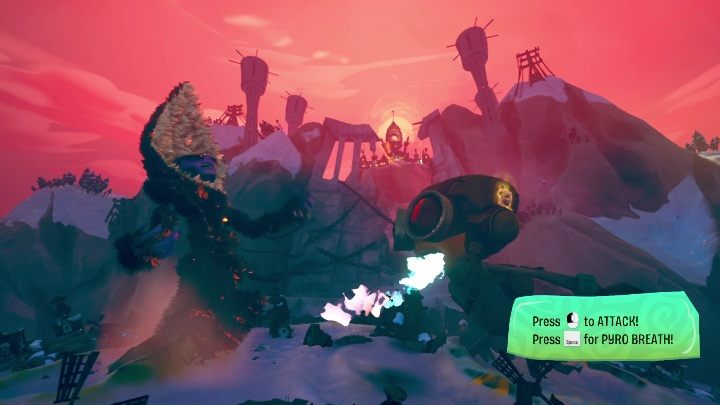 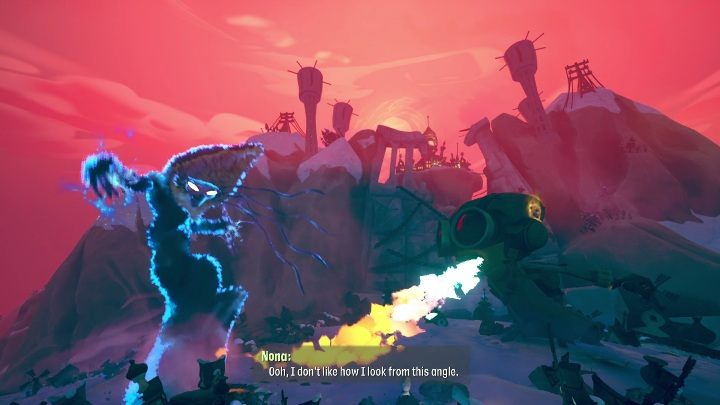 The final stage has a completely different perspective and movements. You can attack with your hands and special fire breath. You can't defend yourself. You have to make the boss move maximum to the left side. Throwing Maligula off the map will end this fight, and thus, the whole storyline in the game.