On this page of our guide to Psychonauts 2, you will find a walkthrough for the boss fight against Truheltia Memonstria. This opponent appears in the mission Bob's Bottles. 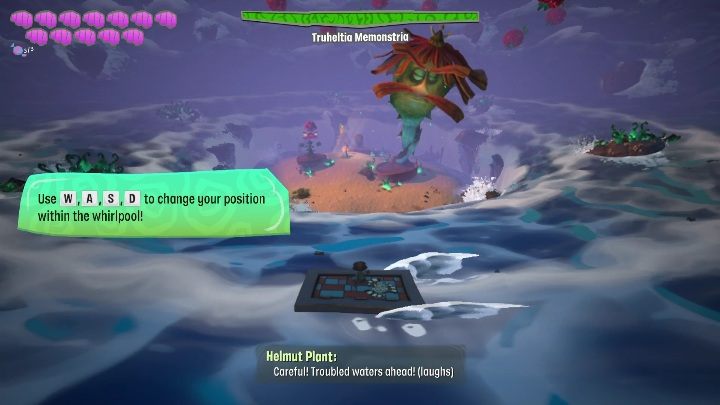 Fighting Truheltia Memonstria is not difficult, but long and exhausting. It is divided into several phases. Each of the bosses have unique attacks. 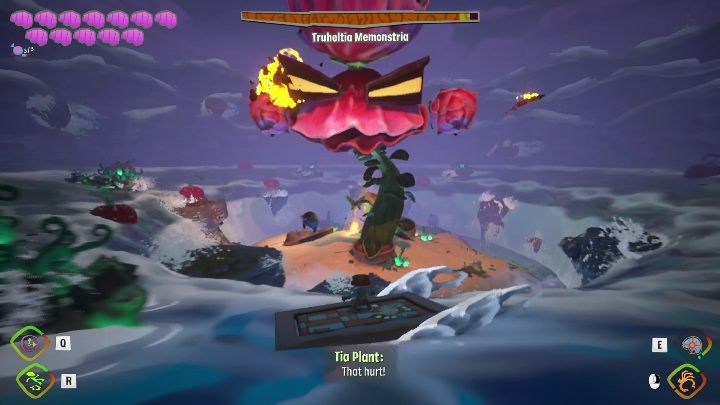 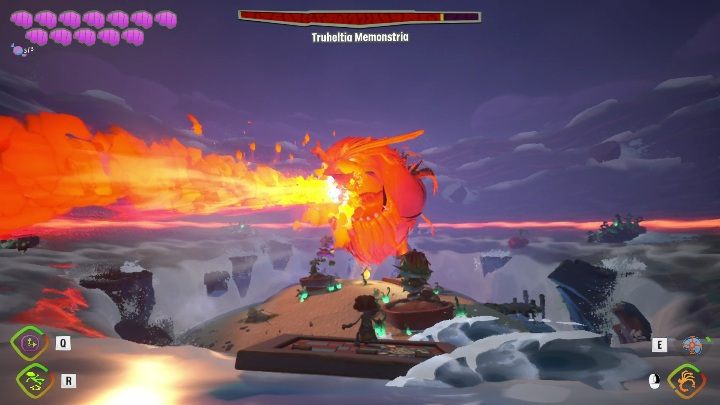 The first throws flowers that explode. The second uses bombs that fly toward the character, and the third breathe fire, which you must dodge. 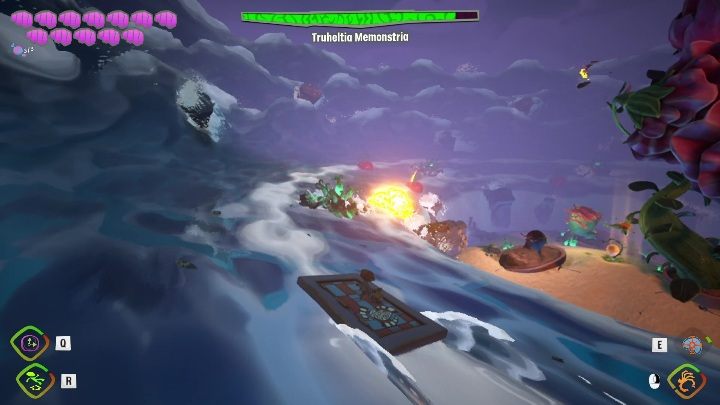 Your task is to avoid obstacles that stand in your way. You can easily move the door (raft) not to run into rocks or exploding plants. 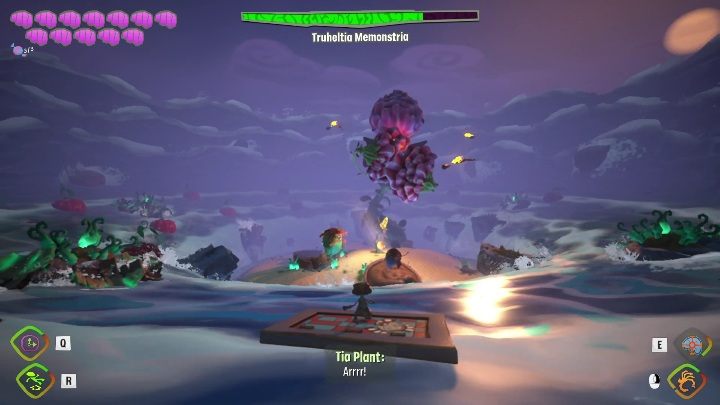 When you deplete the enemy with enough health points, you will change perspective. 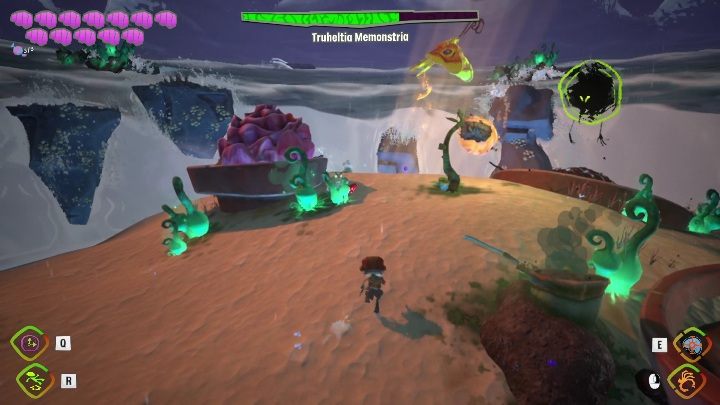 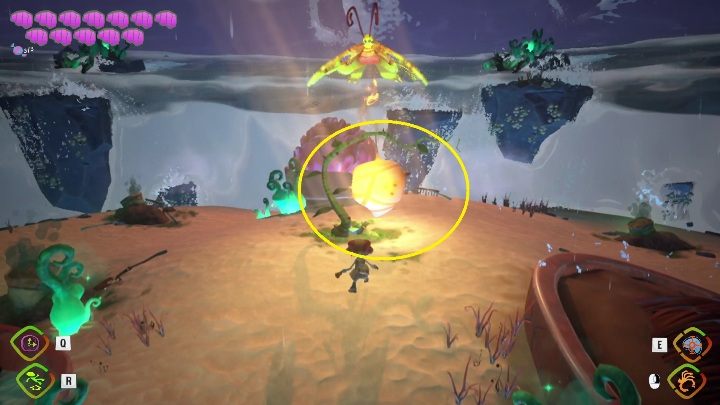 Suddenly, you will appear on the board where the bosses live. They will hide, and you will fight against smaller opponents. In addition, you have to destroy the cocoon in which the head is. After killing enemies, you will return to the main arena. 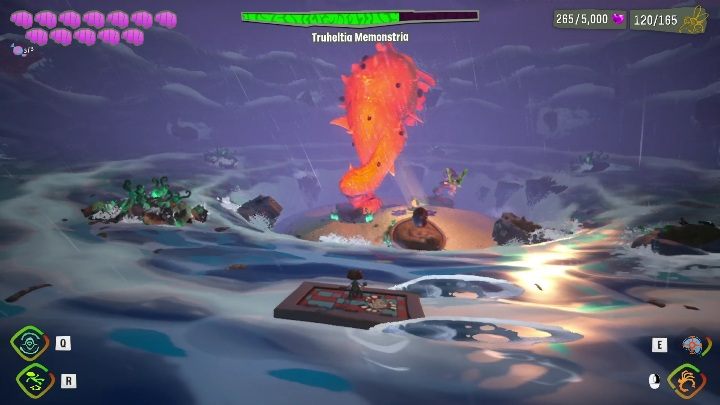 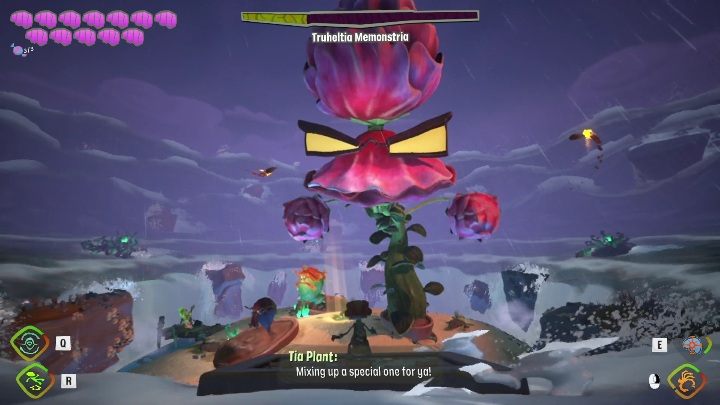 The boss fight isn't complicated. You just have to avoid obstacles and constantly shoot at the bosses. You can eliminate each of them separately. This way, you will get rid of some of the attacks that may threaten your hero.