On this page of our guide to Psychonauts 2 you will find a walkthrough for the boss fight against the Die-Brarian. You'll encounter this enemy in Cassie's Collection. 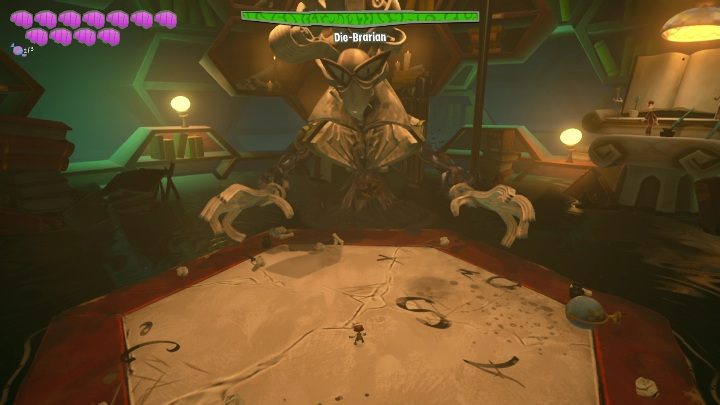 The fight against the Die-Brarian is very simple and predictable. You'll spend most of your time fighting regular enemies, only hitting the boss once in a while. 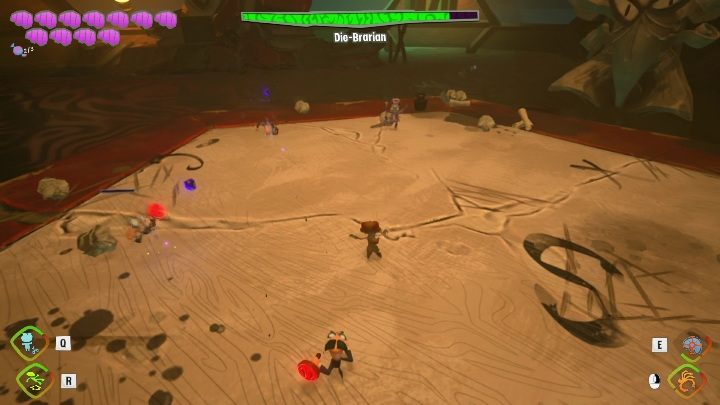 You need to destroy small enemies which prevent you from targetting the boss. However, if you start the fight by focusing entirely on the boss and deal enough damage to it, the regular enemies may disappear, allowing you to fight the boss unimpeded. 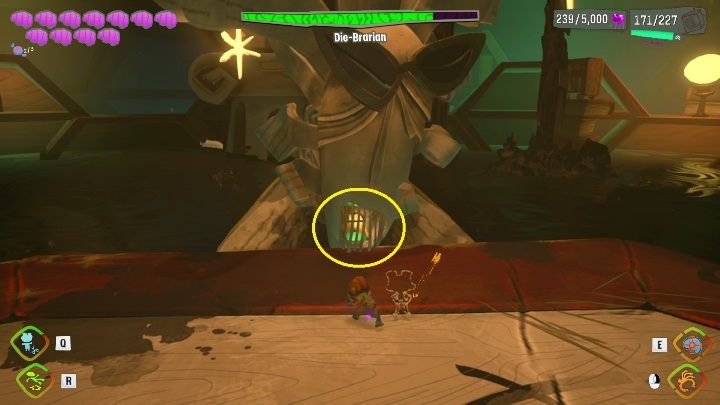 Once the boss falls, summon an Archetype by using Projection. Let him into the boss' mouth to start the second phase. 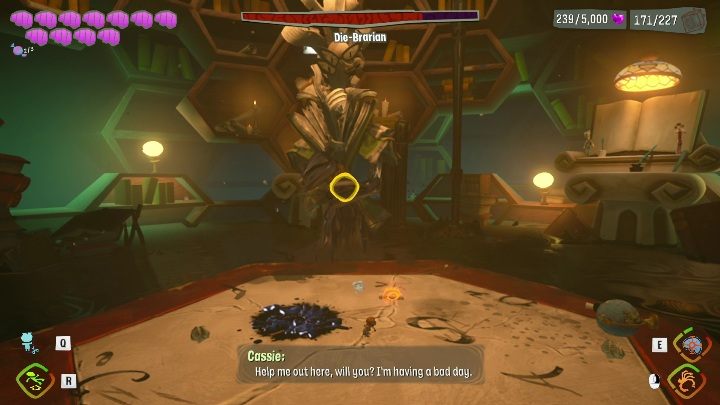 This phase doesn't differ from the previous one. Once again, get rid of regular enemies, then attack the boss. 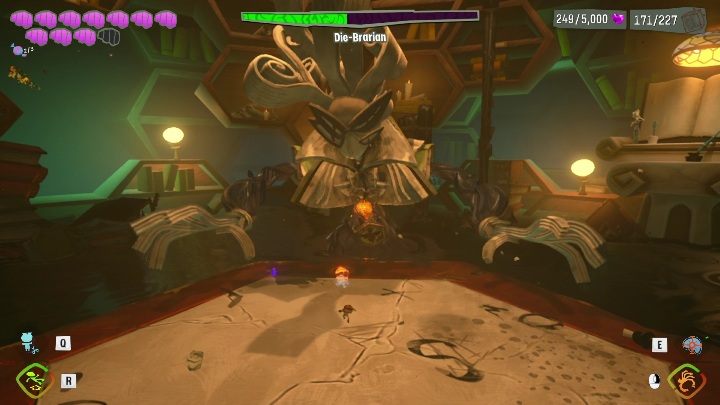 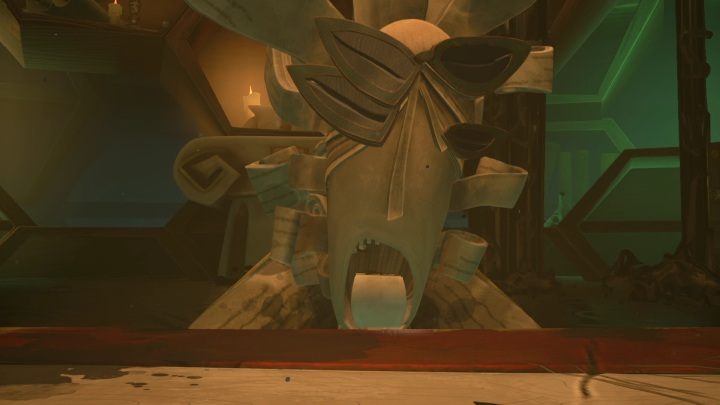 You can throw things at it, shoot it or attack it with fire. Once again, let your companion go into the boss' mouth to start the final phase of the fight. 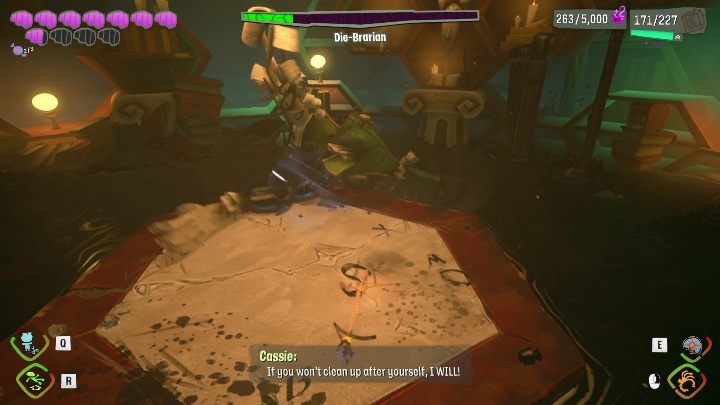 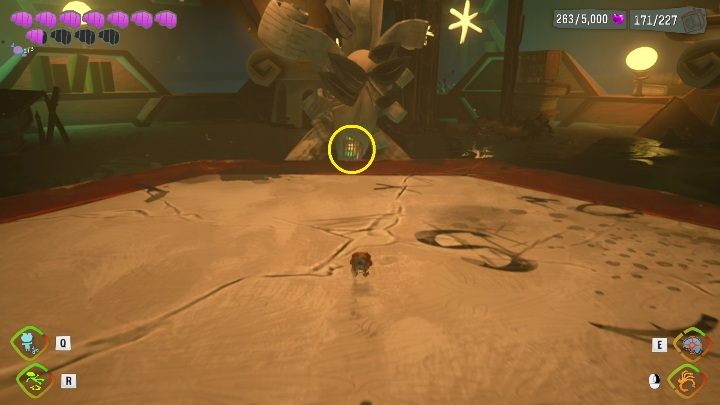 This is the final stretch. Empty the boss' health bar to finish the battle once and for all. Defeating the Die-Brarian completes this chapter of the game.