On this page of our guide to Psychonauts 2 you will find a walkthrough for Luctopus boss encounter. This opponent is encountered during Hollis' Hot Streak level. 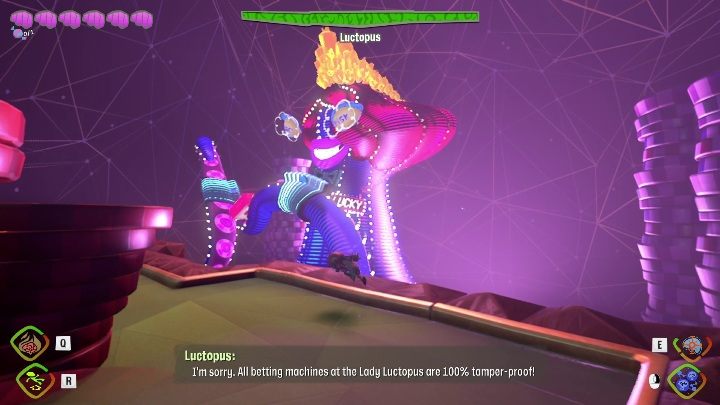 The battle against Luctopus is rather simple and predictable. The encounter consists of three phases, only difference between them are the attacks the boss has up his sleeve. 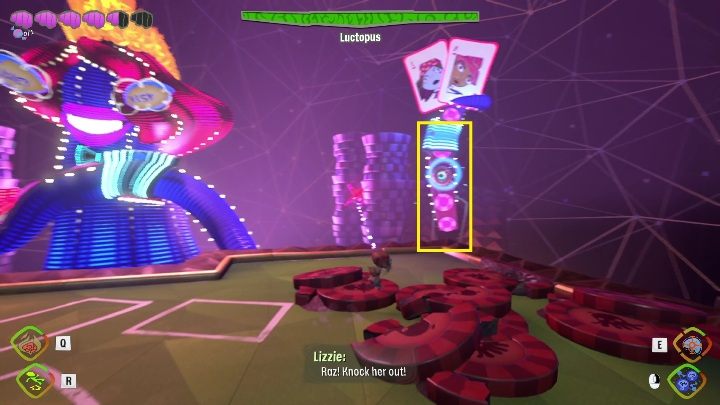 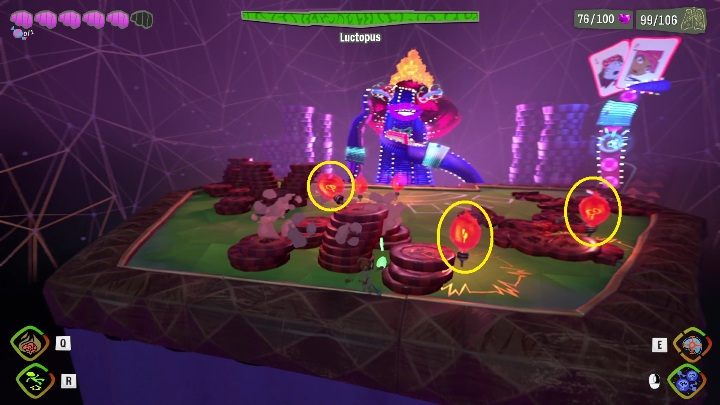 Let's start with the basics. In each phase, to do damage you need to grab the lightbulbs the boss throws at you and throw them back at him. When the bomb is placed in a slot and explodes, the boss will be weakened for a while. Once in that state, you can hit him further. 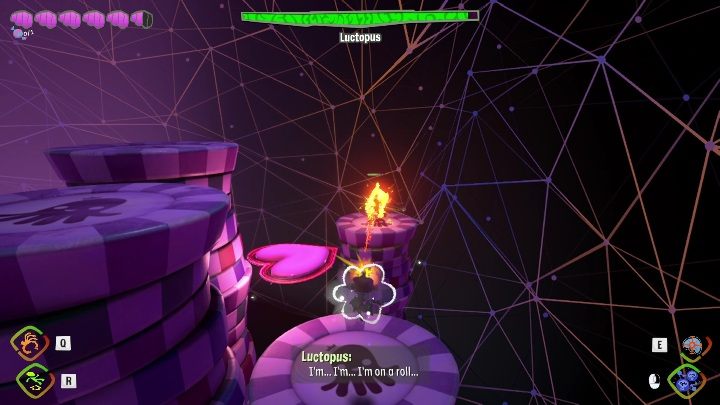 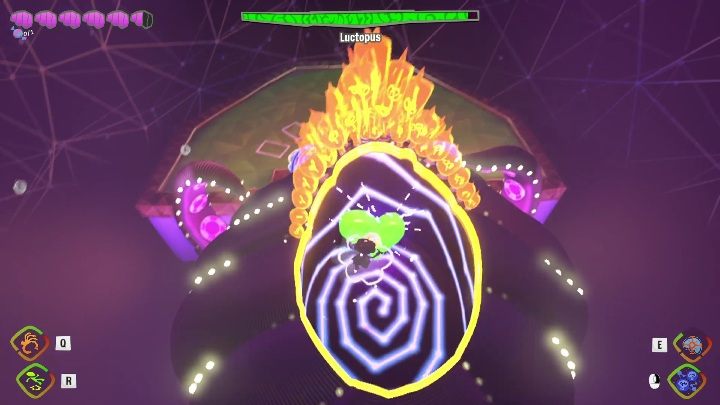 After evading thought bubbles, get behind the boss. Destroy the board that blocks access to the boss's head, and then focus on the heart. Fire away and deprive him of as many health points as possible. 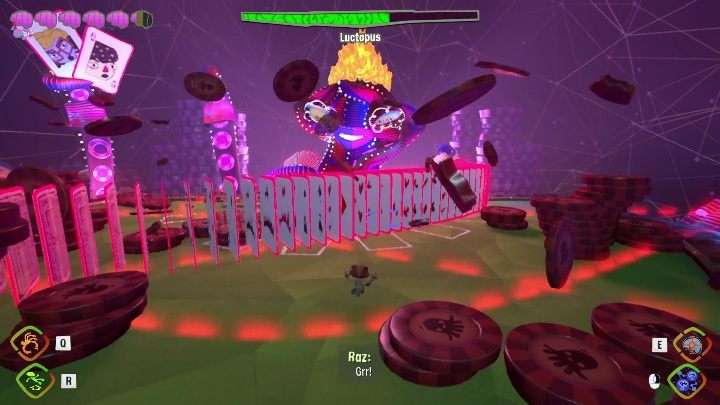 During Phase 2, Luctopus will receive new attacks, including throwable cards. These however are easy to avoid, simply look at the floor and avoid locations with red dots - this is where the cards will appear. 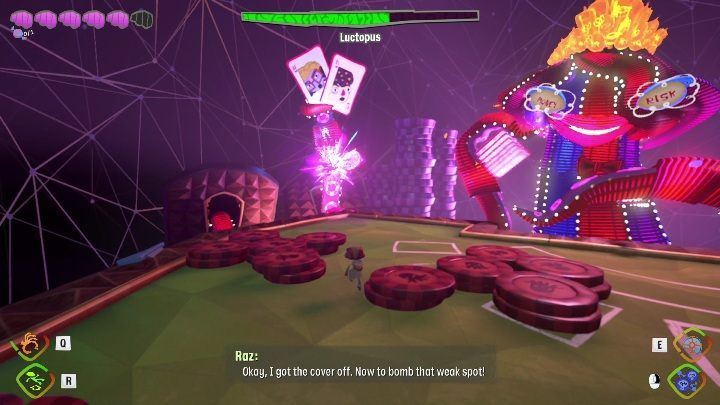 Proceed the same as before when the boss starts throwing bombs. 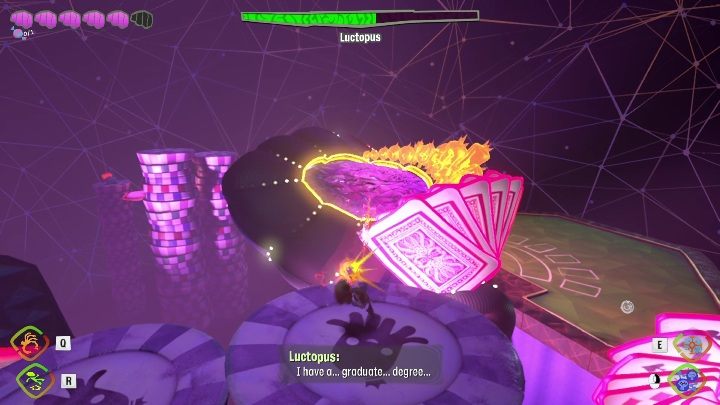 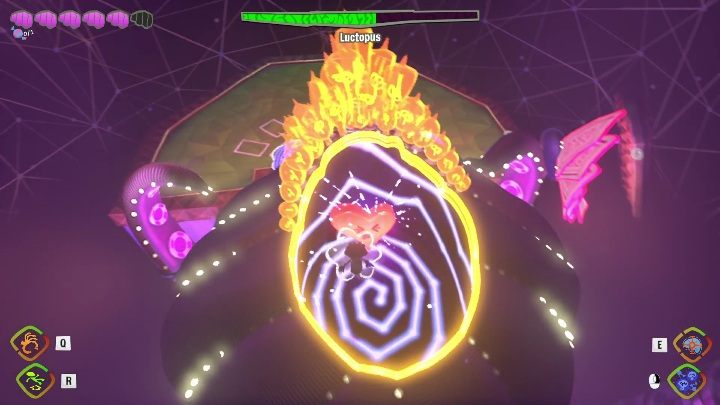 Repeat the whole process - jump on the thoughts and fight your way to the already tired heart. Jump into the boss's head and attack away with everything you got. 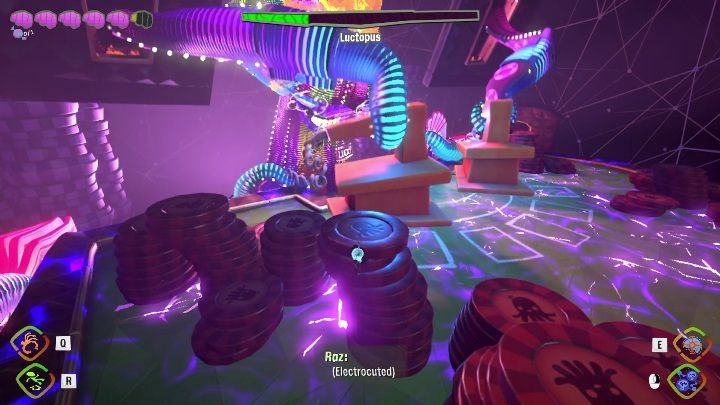 Phase 3 isn't visibly harder than previous ones, although boss has new abilities up his sleeve. He can now electrify the entire floor - to avoid electrocution, you need to jump on the chips. Be sure to climb all the way up - if you hang from the chip, you will continue to receive damage. 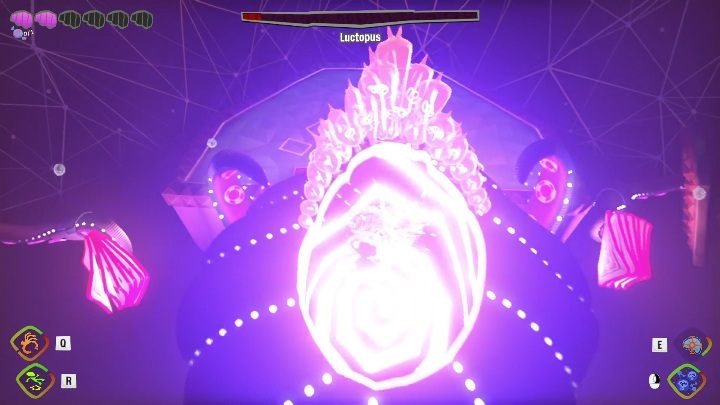 Time for the final push - jump on the thoughts and start attacking the already exhausted and damaged heart. You will be able to deprive the boss of the remaining health during this approach.