This page of our guide to Psychonauts 2 describes a boss fight against the Judge. You'll encounter this opponent in the Compton's Cookoff level. 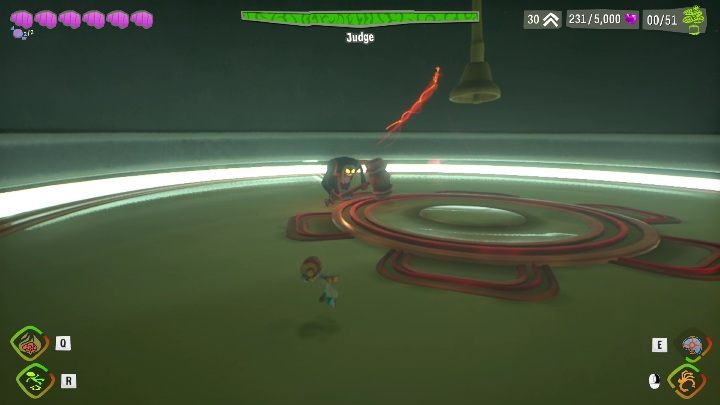 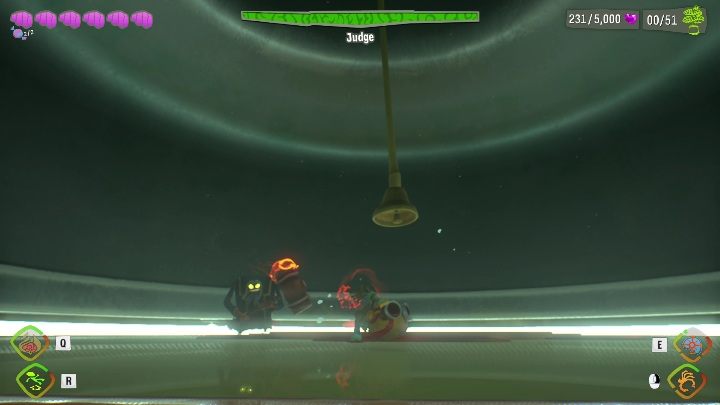 The Judge wields a huge, heavy gavel. You need to disarm him with telekinesis. That way, the gavel will become yours to use. 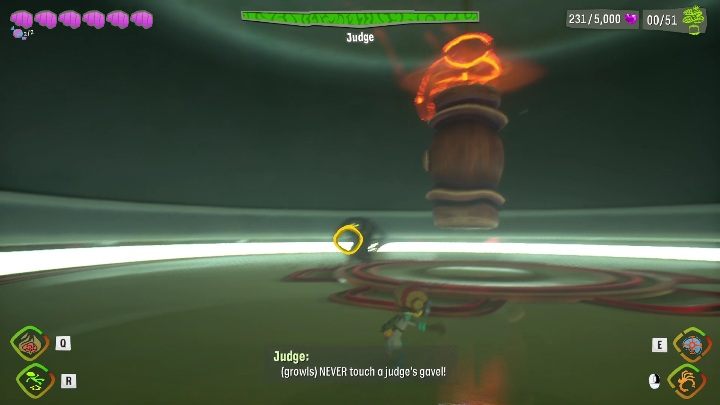 This is very important. The gavel is the best weapon against this enemy. You have to throw it at the boss. If you manage to hit him, you'll take away almost half his health.

You can also use your regular shots, but they aren't very effective. Furthermore, if you don't disarm the boss, he'll be the one throwing his weapon at you. 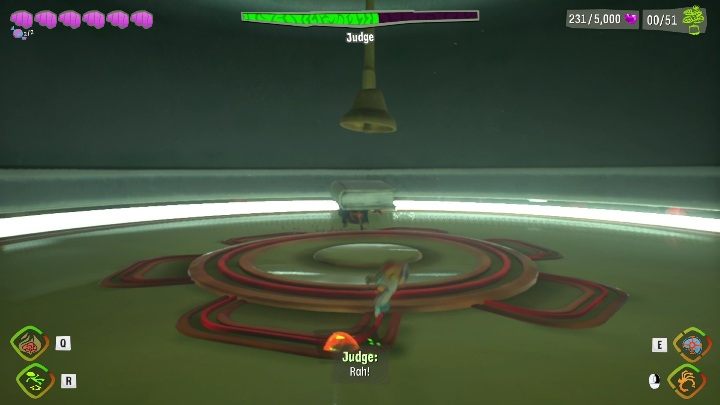 When you manage to take the Judge's gavel, he'll start using books instead. He'll be throwing them at you. You can avoid them or catch them and throw them back at him. 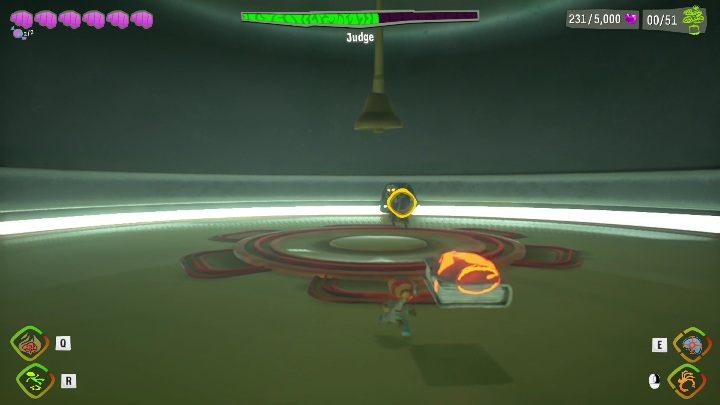 They don't deal much damage to the boss, but it's better to use them against him than to get hit by them.