This page of our guide to Psychonauts 2 describes the level - Compton's Cookoff.

In this level you will find:

Below, we present the next stages of solution of this level: 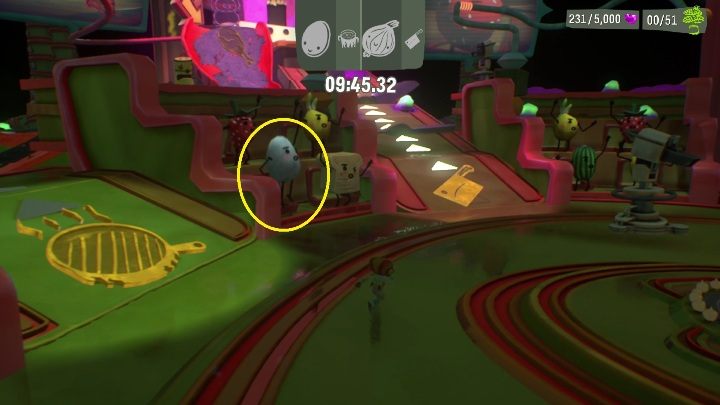 In the first round you have to boil an egg and cut an onion. Start with what takes more time. Grab an egg from the audience. You'll do it with telekinesis. 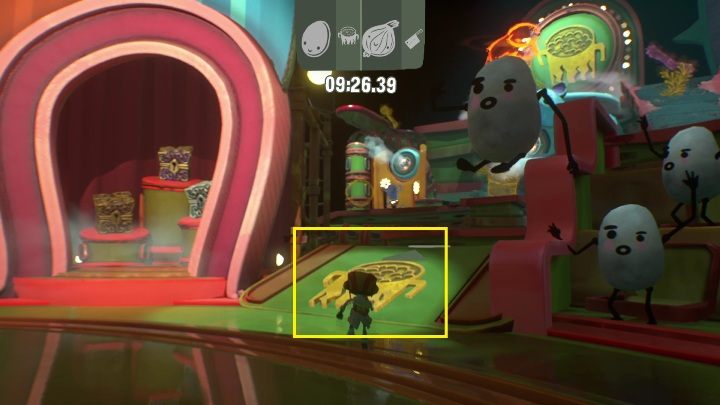 Move the egg to the cooking area. This is the area right next to the reward chests. 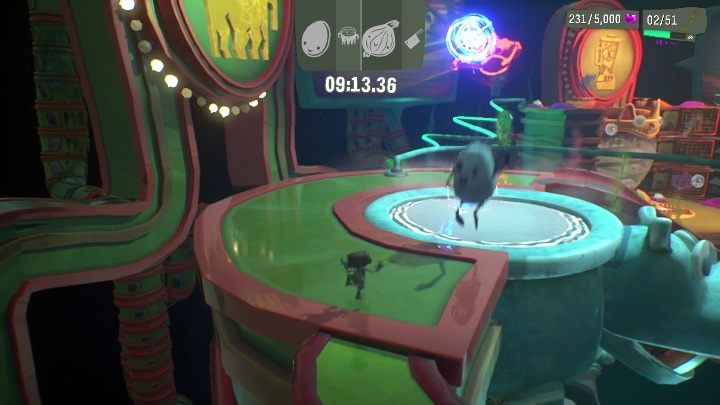 Throw the egg into a pot of hot water, so it will start to boil. 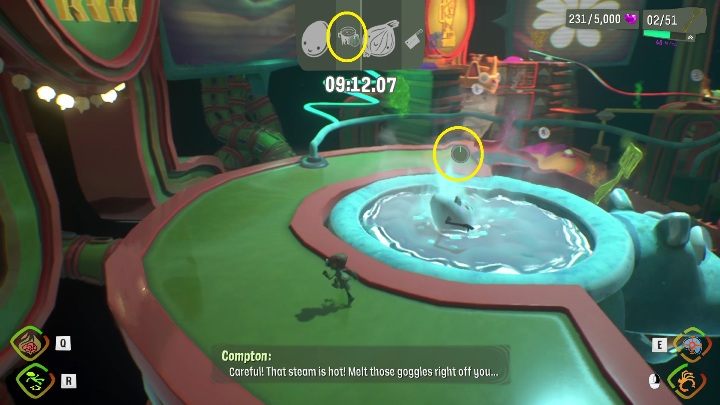 Now you have time to cut the onions. There are two ways to check if the egg is cooked. There's a small timer at the top of the screen. An identical one is over the egg. When it's done cooking, remove it from the water and put it in the designated place. 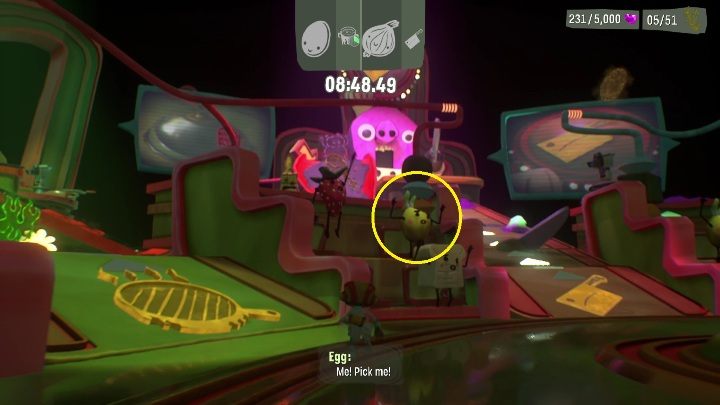 Now take care of the onion. Run up to the audience and choose the right ingredient. 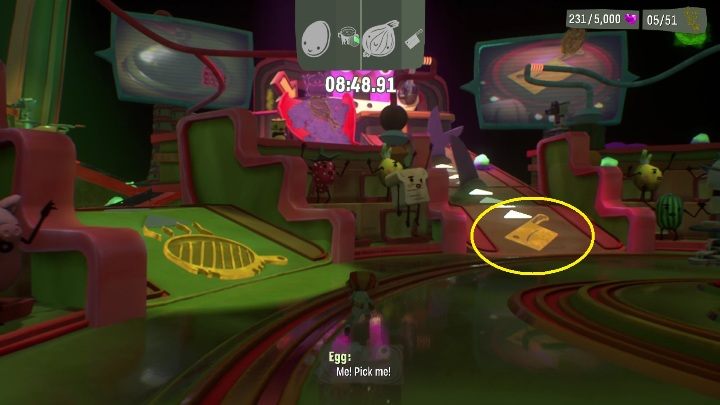 Take the onion to the cutting area. It is marked on the screenshot above. 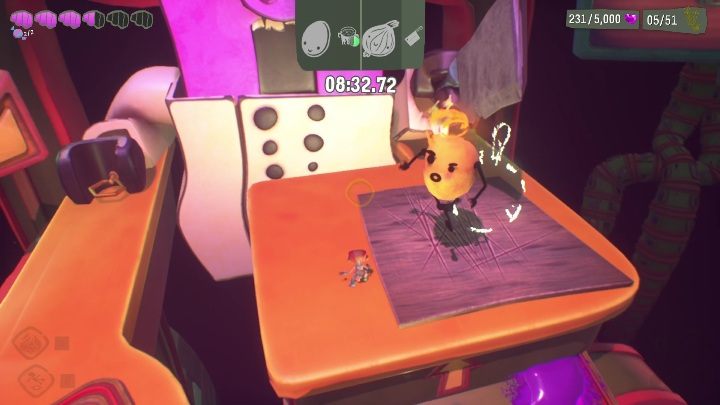 Put the onions on a board, right under the cleaver. It'll fit right in here. 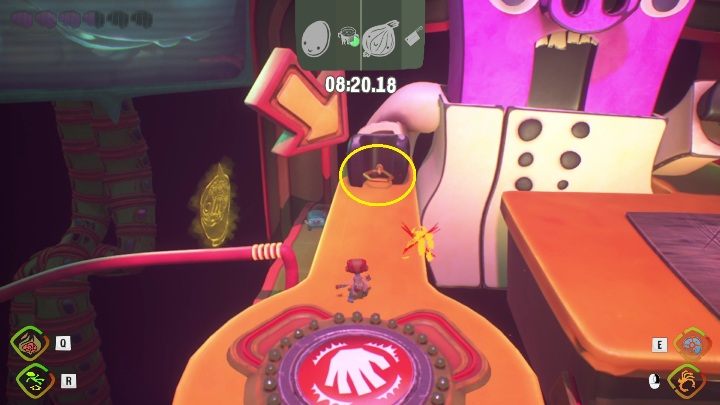 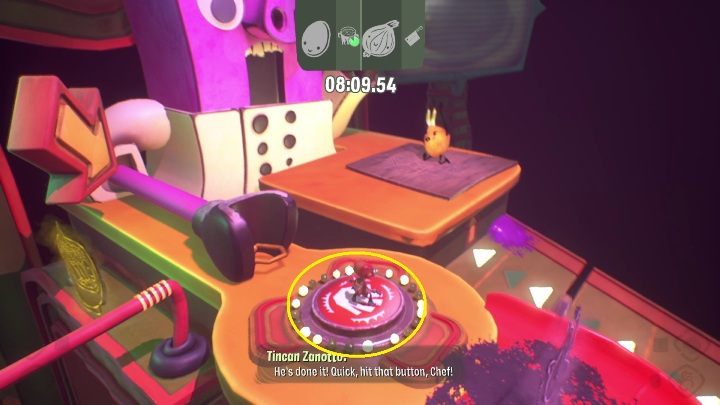 After leaving the onions, go to the point marked in the screenshot above. Pull this object and hit the red button to cut the onion. When you bring it to the main table, hit the next button to hand over the whole dish. 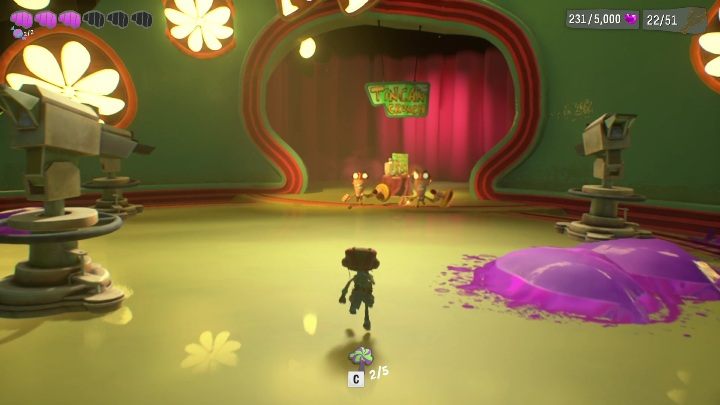 This round will end with a fight against a few enemies. You need to kill them all to continue the task. 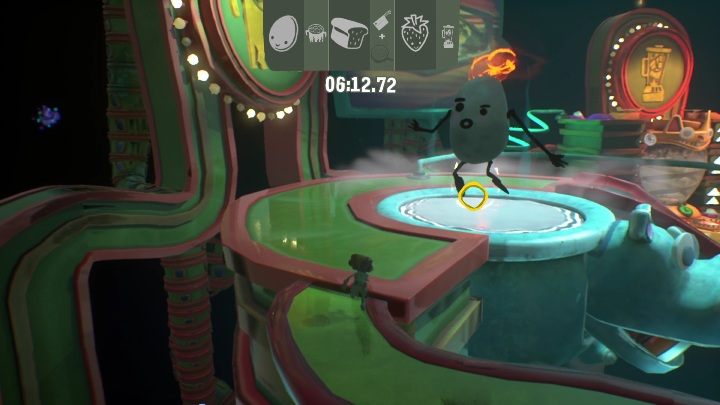 Another round and new tasks. This time, you have to boil an egg, blend a strawberry and make toasts. Start with what you already know; put the egg in the pot. 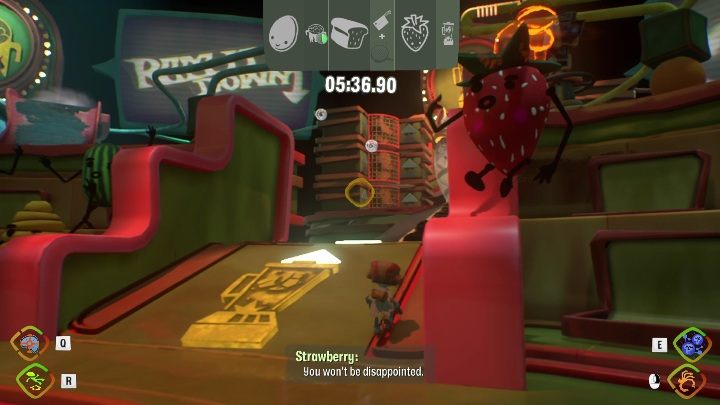 Next, you should take a strawberry from the audience and drag it into the blender. 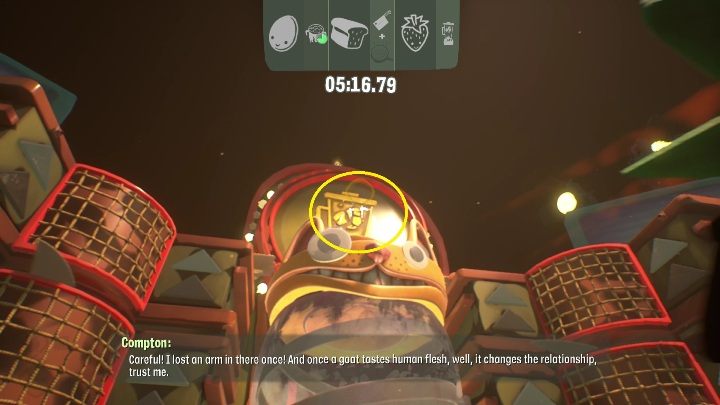 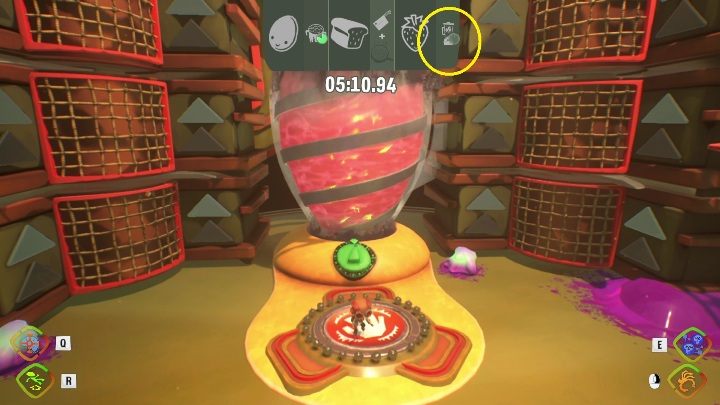 The strawberry needs to be put in the blender. You can easily do it from here. Just step back a little and throw it at the glowing point. Then, start blender with the red button. This also lasts for some time. 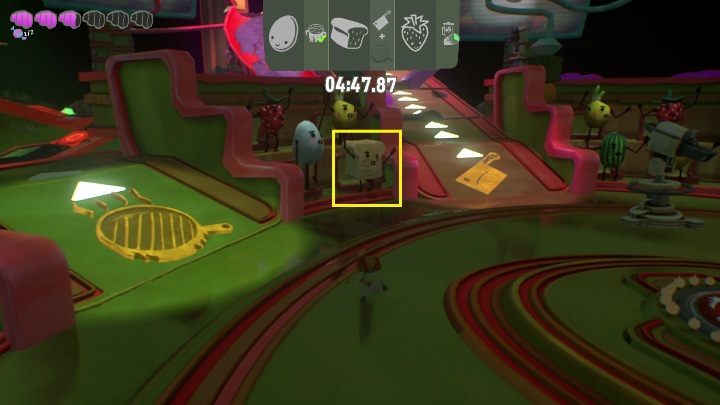 Take care of the bread last. Get it out of the audience and drag it to the cutting area. 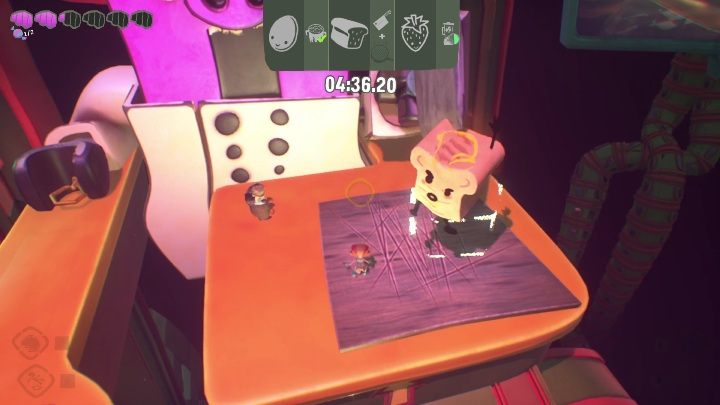 Cut the bread the same way as you cut the onion. 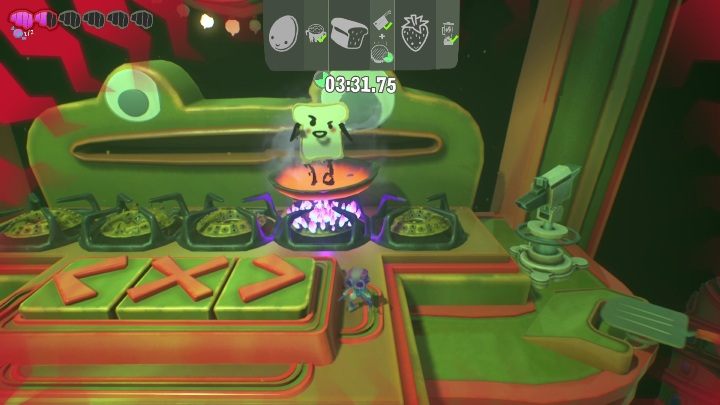 To finish the bread, though, you have to fry it. Take it to the pan. Once you put the bread in the pan, you will need to move the pan around, because the fire will keep switching between burners. 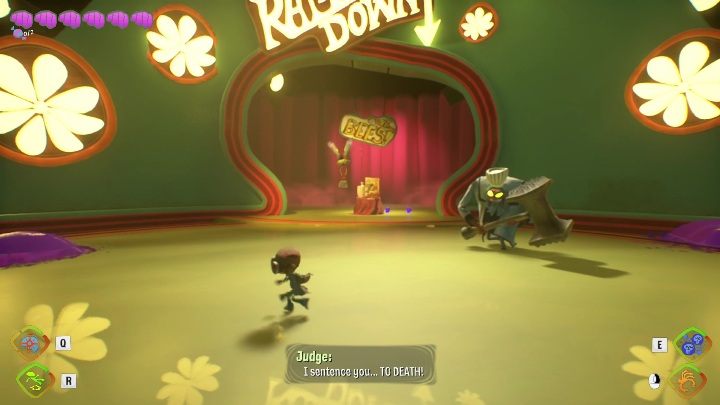 Just like in the first round, you'll have to fight some enemies now, too. You can start the third round when you eliminate them. 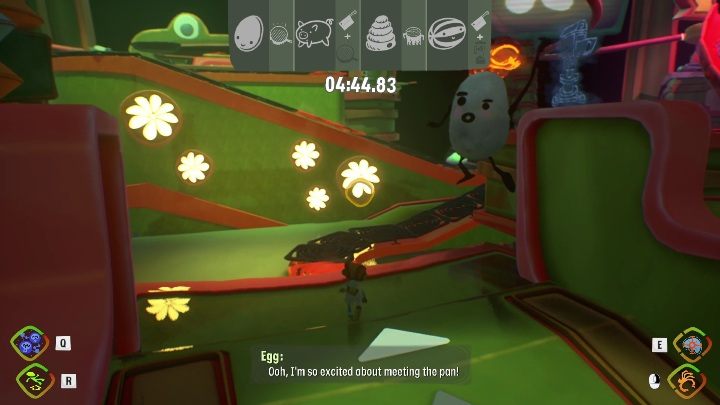 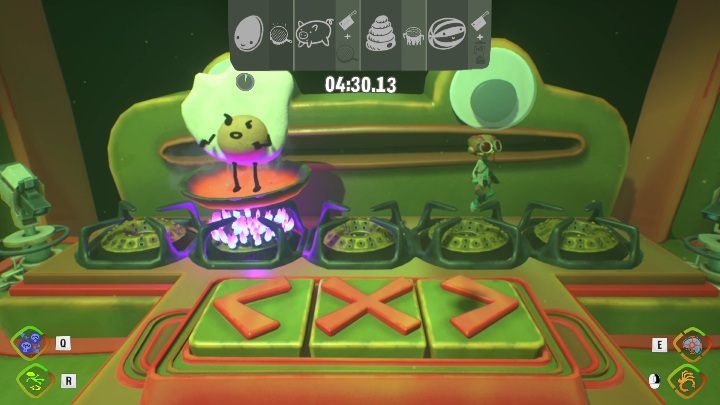 The third round is really difficult and requires perfect knowledge of the level. Start with the egg. This time, however, take it to the pan and fry. 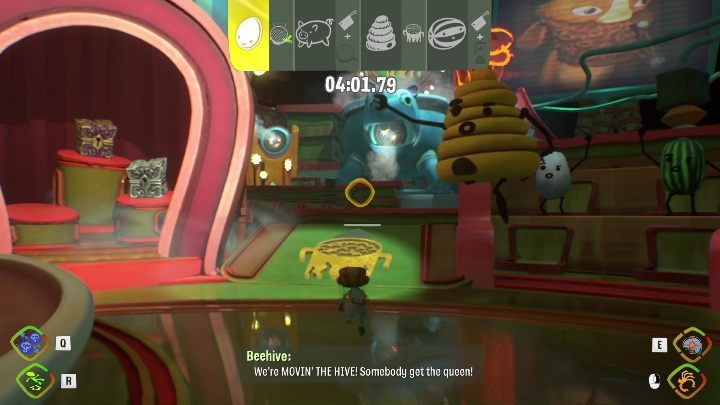 It's time for honey. You need to get it out of the audience. It will be very visible and will definitely call you. 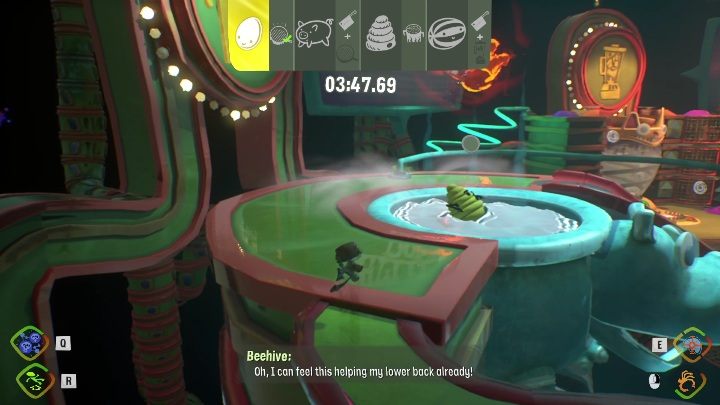 You should put it in warm water, so that it can slowly cook until the end of the round. 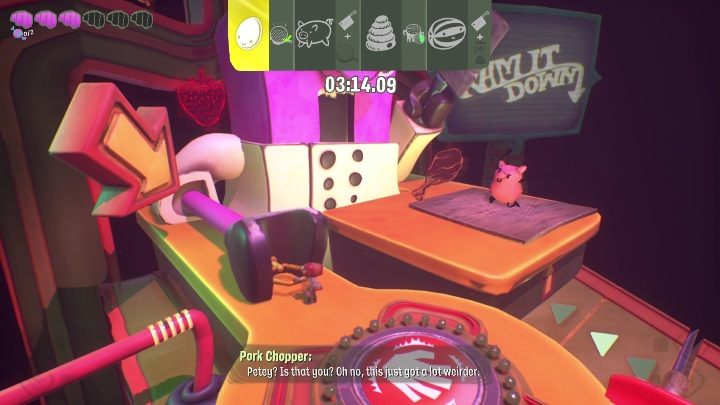 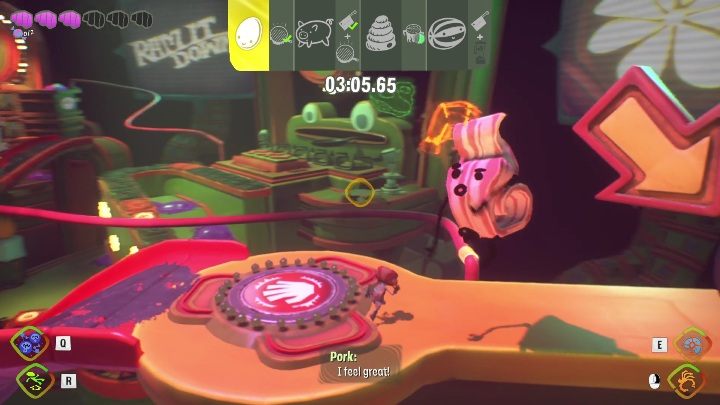 Then you should take care of the pig, which needs to be turned into bacon. 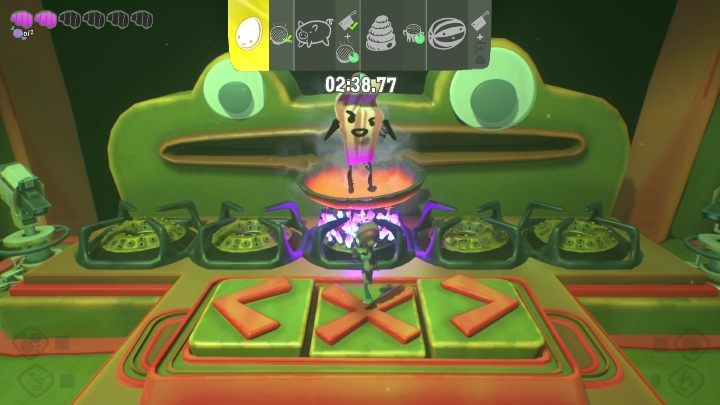 Take a slice of bacon to the pan and fry it thoroughly. 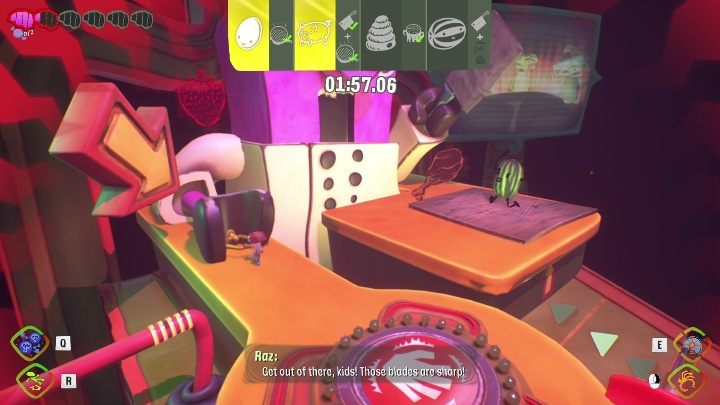 The watermelon should be last. Cut it up quickly. 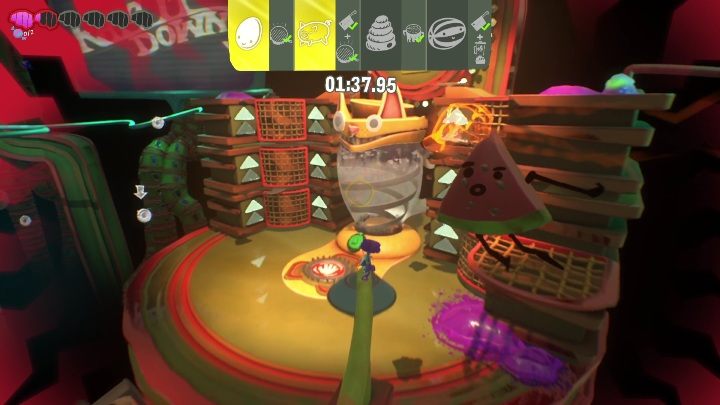 The watermelon should go into the blender. It's time to put the rest of the ingredients on the plates. When it's done blending, take it, too. Remember to press the red button before you're done. 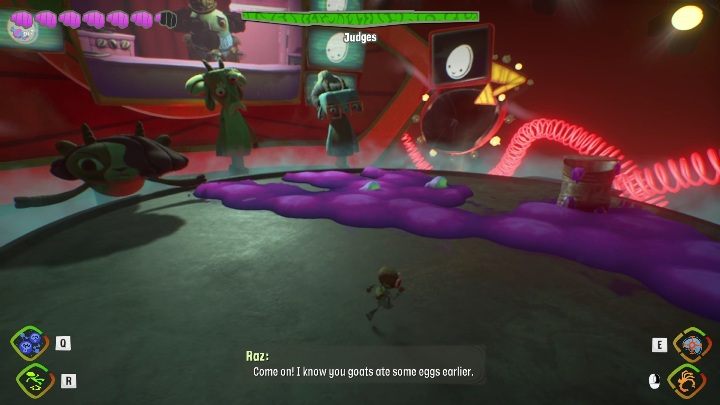 At the end of the level you will have to fight three bosses. We described the fight on a separate page of our guide.