On this page of our guide to the PS5 console you can find out more about the new DualSense wireless gaming controller - how does it looks like and what features it offers.

Prior to the official presentation of the new Sony PS5 console, rumors were spreading over the Internet that the latest gaming controller for the console would be called the DualShock 5 and that it would be very similar to its predecessor, the DualShock 4. Sony has also surprised us in this case, as the new DualSense wireless gaming controller has been announced. It not only differs in the design in comparison to the DualShock series, but also has some new capabilities.

The first thing which you may notice when you look at the PS5 DualSense controller for the very first time is its size. Indeed, this pad is about 1/4 bigger than the DualShock 4. Also, it's slightly heavier. The colour scheme of DualSense is also dominated by white with stylish black finishing. The touchpad's side lines were highlighted with the same blue color as the PS5 console's internal side lines. 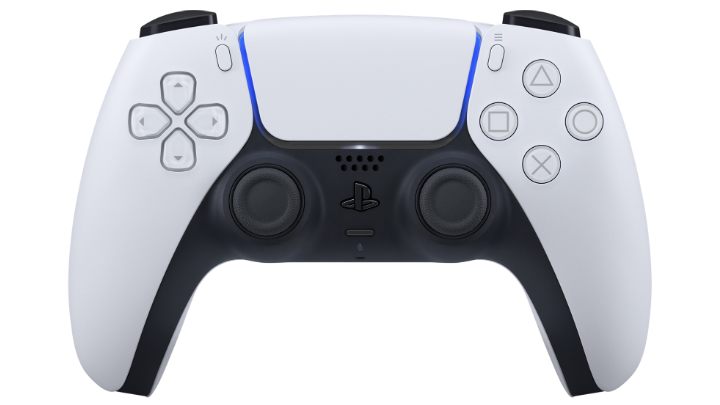 Perhaps the most interesting new feature of the DualSense wireless controller for the PS5 is the brand new haptic technology, which is the successor to the standard vibration solution known from the DualShock 4 gaming controllers. By using the haptic technology, players will be able to sense various things during gameplay, for example, whether the character is moving on rough and uneven surfaces or on smooth asphalt. The DualSense gaming controller also has a motion sensor that will be able to instantly capture the changes of controller's position in space. 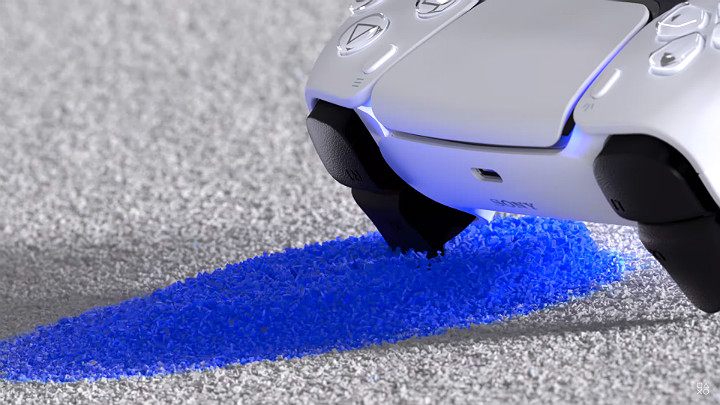 The lower trigger of the controller will have a dynamically changing resistance. The latter will depend on your activities and tasks performed in a particular game. For example, if you want to stretch the bow you can actually feel some resistance. The lower triggers of DualSense controller (R2, L2) will also have multiple configuration options, making them better suited for different types of games. What's more, DualSense has a built-in speaker and microphone that players can use to communicate with other gamers other without having to use an external headset. The device will also offer a USB port and a headphones jack-in. Interestingly, the built-in speaker, along with the haptic system, will be actively involved in transmitting the correct response and enhancing the experience during gameplay. Sony has also developed special stations to charge DualSense controllers without having to connect them to the PS5 console.

DualSense will also provide players with a whole new kind of in-game interaction. Each PS5 console will have a game installed on its SSD called Astro's Playroom. Every PS5 user can run this game in order to test all the features of the new DualSense controller in practice. One of new features is the ability to direct the airflow from your mouth towards the controller's speaker in order to create a gust of wind in the game and move the in-game fan.