This page of our guide to the PS5 console focuses on the console's appearance. What will Sony's new console look like? You can find the answer here!

Prior to the official PS5 presentation, there were many dev kits spreading over the Internet that presented Sony's next generation of consoles as a futuristic V-shaped device. This particular shape was supposed to make the console look more modern, or simply, cool. However, on June 11, during the official PS5 presentation, Sony surprised all PlayStation fans by revealing the real look of the ninth generation of its console!

With the ninth generation of consoles, Sony has decided to break with the traditional rectangle-based console shapes and presented the world with a very modern, even futuristic look of the PS5. Sony's upcoming hardware will be vertically-positioned by default, but you can also place it in the traditional horizontal position. What's more, players will be able to choose between two editions of the console - the optical Blu-ray Ultra HD drive edition and the drive-less edition. 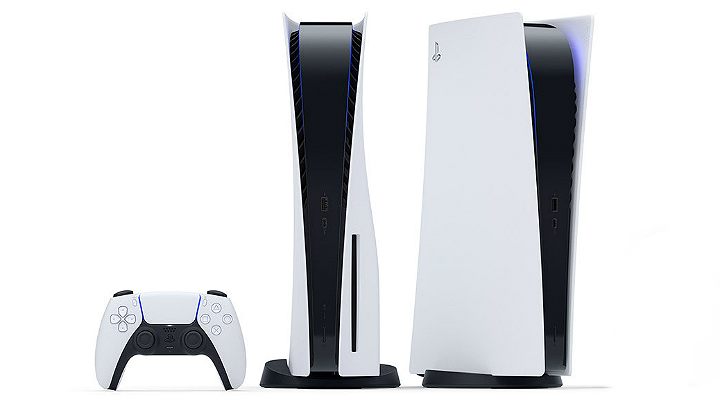 PS5 impresses with its modern design

The PS5 console design is dominated by white color which is another novelty, as previous generations of PlayStation consoles usually appeared in black during their release (except for the first PlayStation, which was grey). Of course, the case of new PS5 will have a little black colour, plus a delicate blue LED backlight. Over time, other PS5 releases, or even special collector's editions with interchangeable side panels, will most likely begin to appear on the market.