This task is really easy if you have the Groundspike ability unlocked already. Once you fully upgrade it, getting gold is like a walk in the park. Remember that you can use only one of Mercer's powers (claws in this event), so victims killed with, let's say, a kick, will not count towards the general amount of diseased enemies.

You have to use claws in this one. Once you see a group of enemies coming towards you, use the Groundspike ability to perforate them all simultaneously (this advice also refers to bigger enemies - Hunters). In other cases use you classic attacks. Achieving gold here requires well developed upgrades, so if you want to do this event at the beginning of the game, return to it at the end in order to get that gold medal. 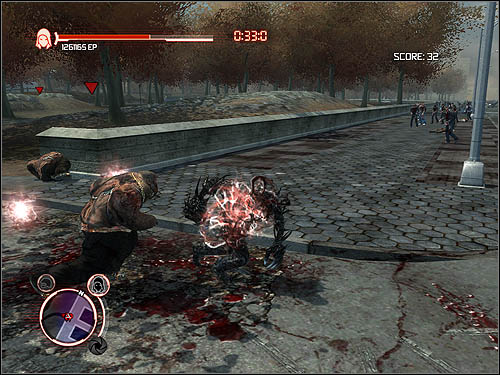 This is about killing infected enemies by using an armored vehicle. In order to finish off a lot of enemies with ease, you must move around the place all the time. Do not let the opponents come close to your machine, or you won't be able to shoot them. It is just impossible to lower the main gun so low. Use that machine gun to kill most of your hostiles, but if you notice a group of enemies or someone hiding behind an obstacle (car, tree, etc.), use your rocket launcher.

This thing is quite difficult if you want to get the gold medal. It is based on killing enemies only with the use of your Hammerfist ability. I advise you to upgrade that skill and get some new moves. Thanks to that you'll be able to eliminate enemies that surround Alex Mercer - and that happens a lot of times.

In this event you'll be using your Whipfist. To get the bronze, you just need your normal set of moves, but if you want to get something more, better get yourself the Street Sweeper upgrade. Thanks to that you can attack lots of enemies gathered around you, even at a great distance. ATTENTION: I believe it's a bug or something in this event, because it is impossible to get the gold by killing only those enemies, who are marked on your radar and map. To get more points, jump into a crowd of unmarked infected hostiles and start slaying them like a mass murderer. 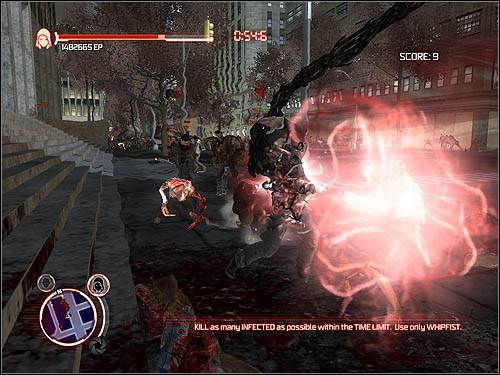 This event requires some pilot skills. Get into the helicopter and gain some altitude. Eliminate other helicopters in the first place, preferably by using rocket launchers. Your other targets are flying UAV detectors. They'll approach you from all directions, so I advise you just hang in one place and turn around, shooting everything getting close to you. The main machine gun should be enough here.

A helicopter once again. Now you'll have to fight other machines of the same type. Gain some altitude, ignore all the land targets, activate your rocket launchers and start blowing up other helicopters. If you're fast enough, you'll be able to eliminate them so fast that there will be always only one helicopter coming at you at the same time. Concentrate only on air targets and you'll get the gold with ease. 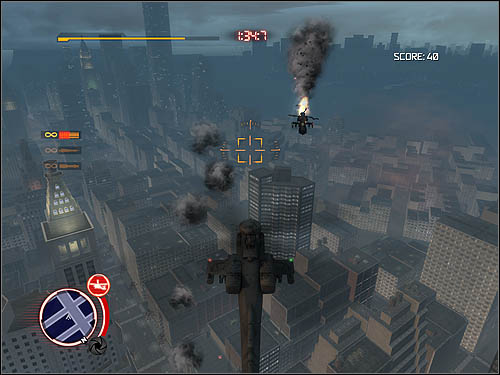