The following section of our guide to Judgment describes Chapter 12: Behind Closed Doors. 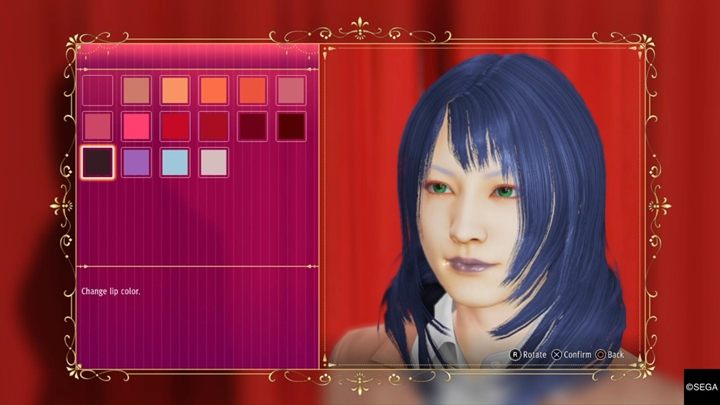 Go to the Yagami Detective Agency, then talk to Kaito. Take a taxi and go to Kamuro Kikunoya, where you'll have to watch some cutscenes. Afterwards, return to Yagami's office again and go to Genda to recruit Saori. As was the case before, you can choose a woman's appearance, which is mainly aesthetic. 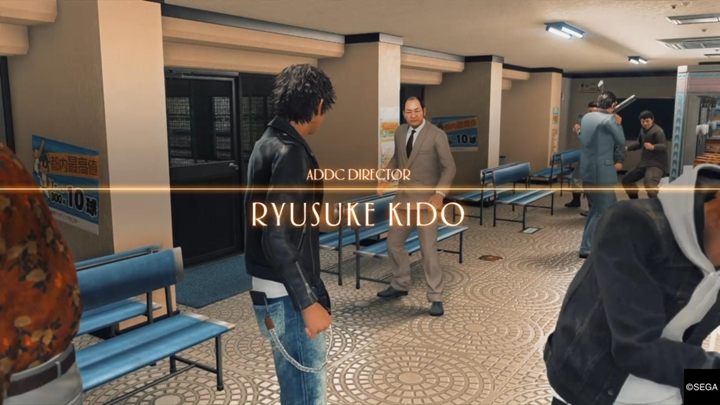 As a Saori, choose the following dialogue options: With pleasure, I want to know more about you, Undo Another Button. As Yagami, meet Sugiura, then beat Ryusuke Kido and his guard. Ask the man and he'll tell you all about experiments on humans. Select Ichinose from the Ministry of Health. 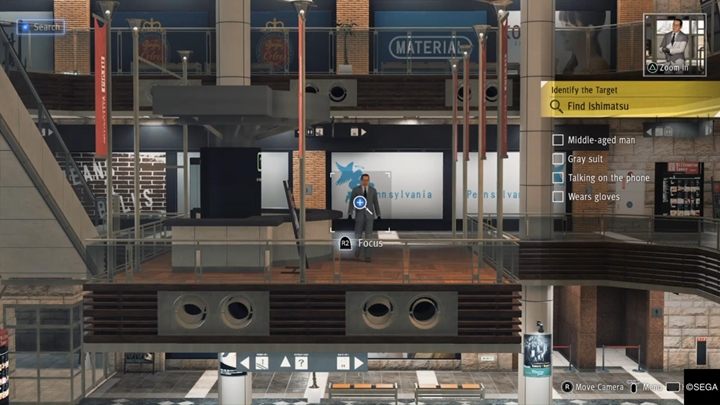 Run to the Millennium Tower to track down Ishimatsu. The man will appear only after some time - he will be in front of you. Time for the most difficult tracking sequence in the game. Ishimatsu is extremely suspicious and will keep on checking if someone is not following him (sometimes he will do it twice in a row!). You have to follow him very patiently. Try to stay further away than usual and watch him calmly from a distance. 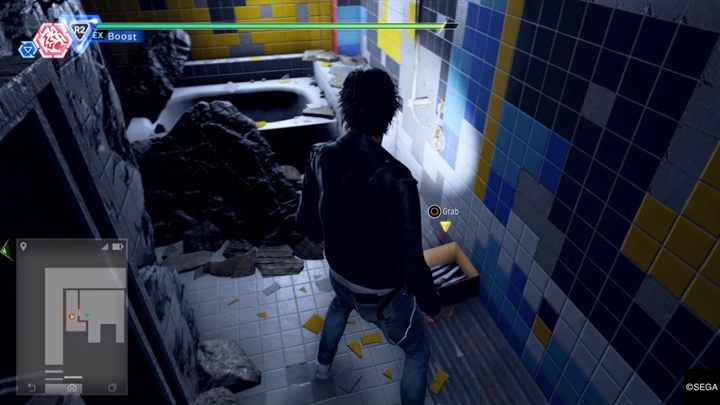 You'll finally get to a secret lab. Go inside and defeat the bad guys, then go inside the facility. Open the door on the left, defeat all guards and take Massage Machine (stun gun) out of the box. Go back to the hallway and move further. 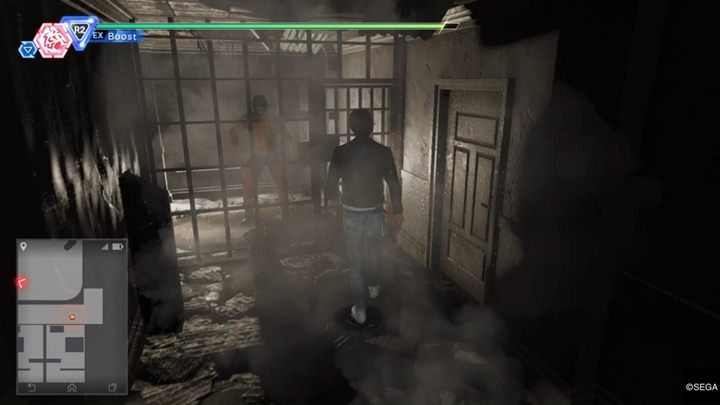 Upstairs you'll see a muscular masked man standing next to the bars. Do not approach the bars, but enter the door next to muscular guy and take an additional ability - Secret Technique: Frontal Breakdown. 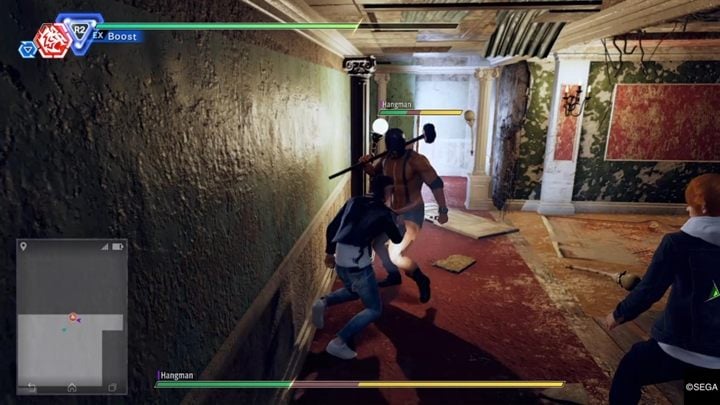 Step back now and go in the direction of the marker - open the door and start fighting. You have three minutes to defeat your enemies and save your friend. Now go back to the box with Massage Machine, pick up another weapon and go with it to the wrestler. You'll paralyze him down and be able to open the gate. Keep going, and after a while you'll have to duel with Hangman. Watch out for his powerful blows, perform dodges and knock down the boss. Watch a cutscene, after which the chapter ends.