The next page of the Guide to Judgment includes a description of the passage of Chapter 3: The Stickup. 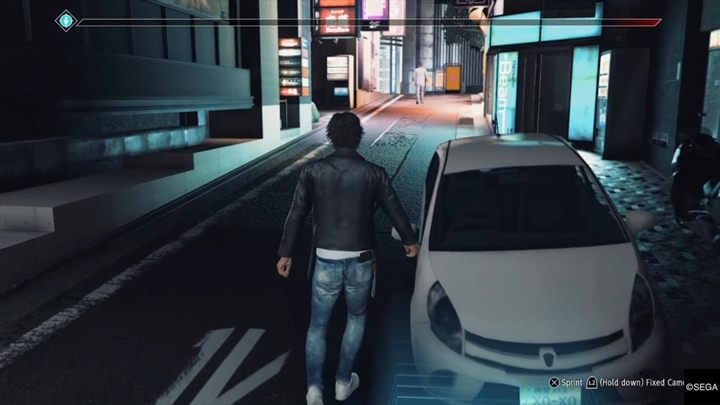 After the cut-scenes, run to Yagami Detective Agency. There, you will meet an old friend - Toru Higashi. After the cut-scence, go down and start following the men. Hide behind cars and behind buildings, and, in the end, the sequence will be completed. When the man enters the building, put on any disguise and follow him. 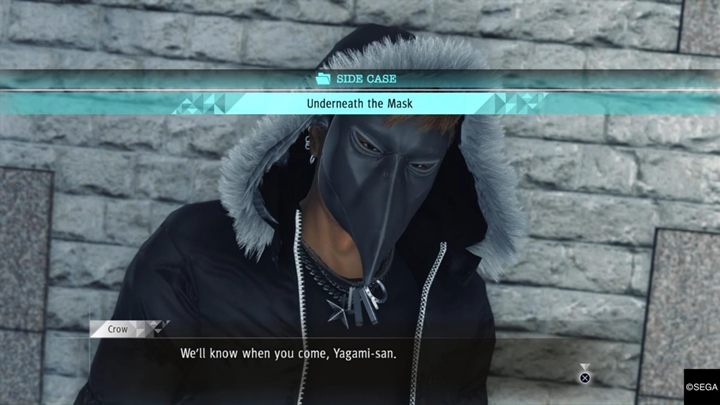 Toru will go through the door, and if you try to do the same, you will be halted by the seller. Beat the man, and then watch a long video about the past of the heroes. Go back to Kaito now and run out of subjects to talk about with him. Then run to the Tender club and you will be asked to perform a side investigation. It's mandatory, so take the task and accept it. Now go to the marker on the map and you will meet your customers and you will start the task Underneath the Mask. 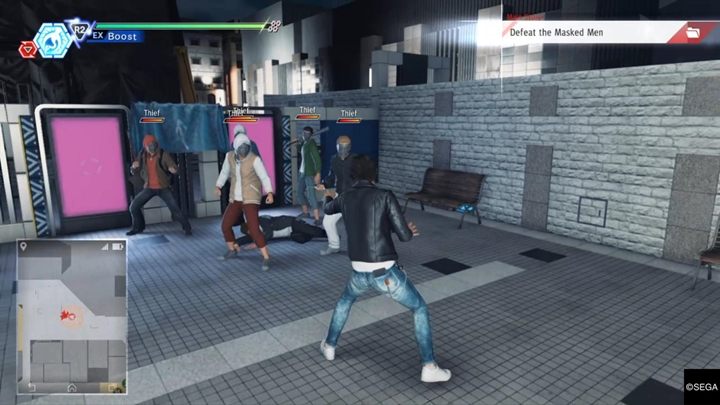 Go to Teikaichi Alley, climb the stairs and talk with a fake wannabe of Jester. Then run to Senryo Avenue and you will see a cut-scene with fleeing thieves. Go to the Kamuro Theater Garden and evesdrop on the conversation of the bad guys. Then move to a meeting with your customers again, and Yagami can expose them and you will start fighting. Defeat them, and when Crow comes, choose the proof - Used Accessory. Crow will attack you, and you'll have to beat him. After winning, you will finish the investigation and get 50,000 yen and 100 SP. 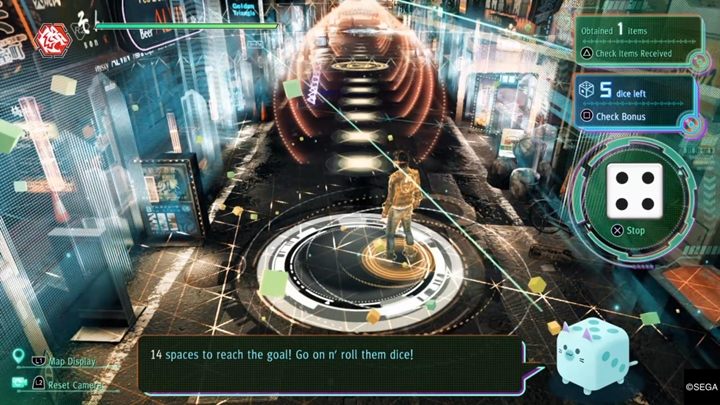 Go back to the Yagami Detective Agency and get some sleep. After the cut-scence, you need to inquire a few homeless people about a certain Red Nose. Eventually, one of them will agree to share the information if you win an award for him in Paradise VR. Go to this place and you will take part in a rather interesting mini-game. You roll the dice and move a fiew fields forward - some fields contain awards, others enemies, etc. Your goal is to get as far as possible. When you finish the game, go back to the homeless man and notify him of your result. 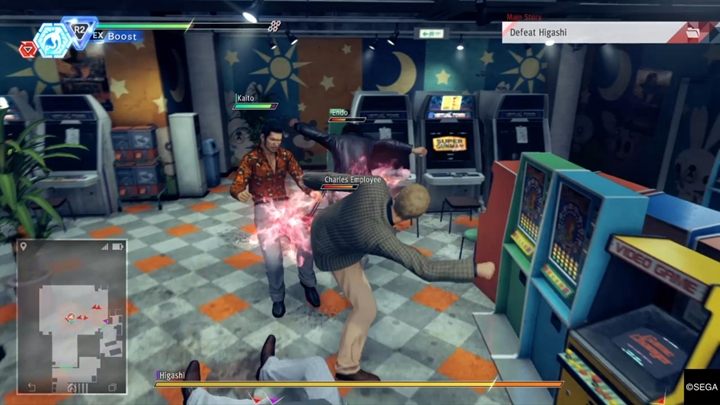 Now go to the Children's Park, where after the scene, you will be attacked by many homeless people. Grab the bench and teach them some respect to Yagami. When this is over, go to Charles and you'll have to fight Higashi and his guardian. After the fight, you watch a cut-scene, and the Chapter will be concluded.