In some missions, Takayuki Yagami has to chase a running character. This chapter of the guide to Judgment focuses on this gameplay mechanic. 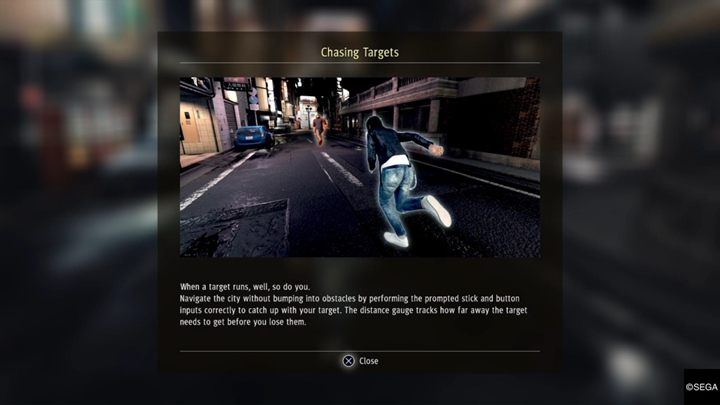 Chases are a new feature of Judgment. During them, the hero is chasing targets. Yagami runs automatically and we have quite a limited control over him. We have to, e.g. avoid small objects and turn left/right. When Yagami comes across a bigger object or a group of people, you will have to press the specified button on the screen to make the hero perform a spectacular dodge.

The goal of the chase section is to catch the target or keep chasing an NPC until you reach a certain place. After that, you see a cut-scene during which you have to, e.g. press O to catch the target. If you hit the objects, and your target gets farther away from you, you will have to repeat the chasing sequence. Usually, chases are quite simple - you just need to carefully press the buttons to make your hero catch the pursued person.