The plot and melee fights are a staple of the Yakuza series. The same goes for Judgment - fighting in the streets is an integral part of the gameplay. Below you will find tips on how to deal with these fights and read a full overview of the combat system. 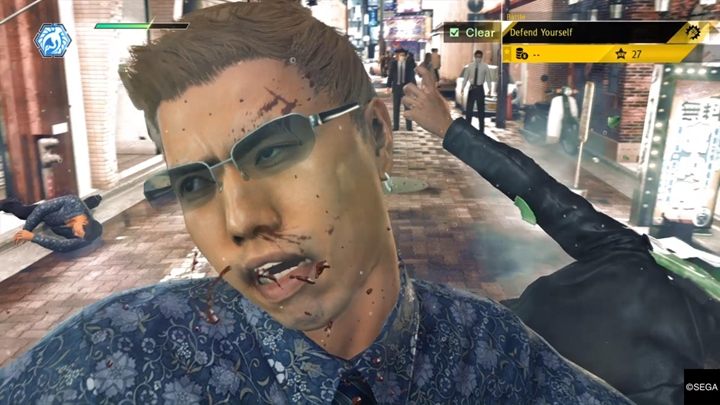 Judgment is full of fights and they are the core of the gameplay. Enemies await you almost every few steps. They will usually attack you in groups. Because of that, it is quite important to block their attacks with the L1 button. It blocks the damage and gives you a chance to counterattack. Although Yagami is strong, loss of health will lead to his death. If this happens, you will have to repeat the current part of the game.

R1 allows you to track enemies - our hero enters a special mode where you dodge with X, which is also very useful in the fight. Square and Triangle are used to perform attacks that can be combined into combos. Circle allows you to grab enemies. After that, you can hit the enemy a few times. Our hero in battle can use two stances: Way of the Crane and Way of the Tiger. Both stances give access to different attacks and techniques. The Way of the Crane is good for groups of enemies, and the Way of the Tiger works great on single, strong enemies.

During fights, our character fills a special EX bar, which can be seen in the upper left corner of the screen. When you fill it enough, we can press the Triangle to perform an EX move, which will cause a lot of damage to the enemy. We can buy special attacks in the skills tab in the hero's phone. In addition, we can use R2 to let Yagami enter a special combat mode in which he becomes much stronger and faster for a brief moment.

Over time, the enemies in the game will become stronger and armed with weapons. Be sure to develop your hero, buy medical items to heal in battle, and learn to dodge enemy attacks.