In this guide you will find a solution which will help you in completing the game, as well as a description of all the Hidden Sarcophaguses locations.

During the game, you will gain experience points, which can be spent on various abilities. To be honest, apart from the life bar and energy slots upgrades, it doesn't really matter which you choose, as they're not necessary to complete the game. Upgrading your abilities is used only to earn trophies. So just a couple of basic tips:

About Prince of Persia: The Forgotten Sands Game Guide & Walkthrough 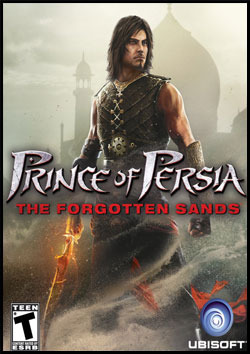 Prince of Persia: The Forgotten Sands Game Guide & Walkthrough is also available in our Mobile App This site is not associated with and/or endorsed by the Ubisoft Studios or Ubisoft. All logos and images are copyrighted by their respective owners.