When you set out for an expedition in Pokemon Quest, you can find many resources and items, among them Power Stones. The Stones increase the HP or damage. Each stone is available in four levels; the higher the level, the better the effects. Power Stones exist in four varieties: normal, bronze, silver and gold.

Movement Speed - this stone increases the speed by a certain percentage;

Resistant to Effects - activates resistance to some attacks;

Hit Healing - regenerates life by defeating it when it attacks;

Resistant to Status Conditions - resistant to specific attacks, depending on the type of pokemon;

Critical Hit Damage - increases the amount of damage dealt during a critical strike;

How to unlock upgrade slots? 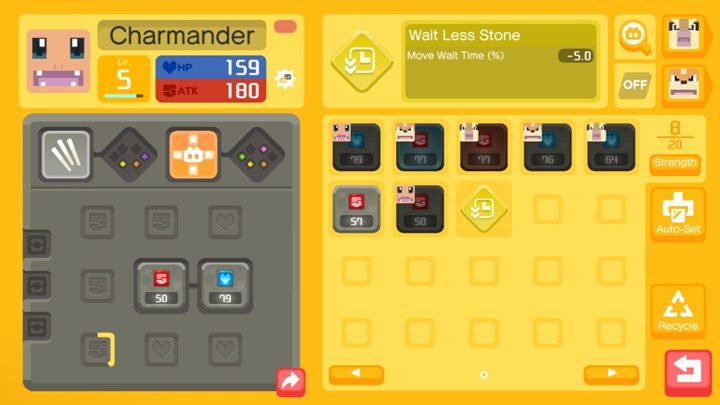 After each expedition in Pokemon Quest, you not only get new items and resources, but you also improve your pokemon. The more enemies have the given pokemon taken down, the more developed its upgrade slots will be. If you keep sending the pokemon on expeditions, its slots will keep developing, allowing you to use increasingly powerful upgrades.

Upgrade slots are also unlocked along with the progress - keep training your pokemon to make sure it gets as much XP as possible.

How to distribute upgrades? 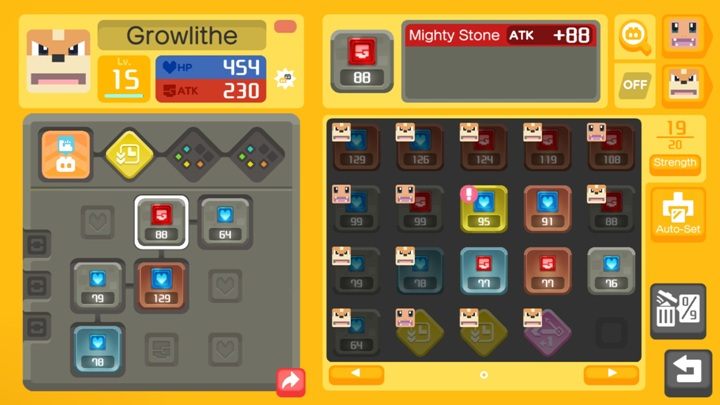 The upgrades you've obtained can be distributed among your pokemon. We've prepared a list of things that you should be aware of when upgrading pokemon. 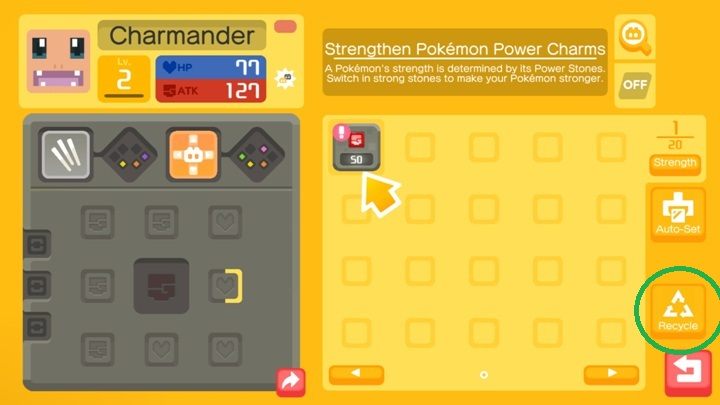 If you have a lot of useless upgrades in your equipment, you can recycle them. Just select that option and then the items that you want to recycle. This process will yield some resources useful for crafting new pokemon, for example.