Battle Points is a special in-game currency used in Playeruknown's Battlegrounds. BPs are earned after each played match - regardless of the outcome of the match itself. Those points can then be exchanged for equipment boxes - after opening each one of them the player will get a piece of clothing that can be used to modify the appearance of the character (or sell it on the Steam Marketplace).

How to earn BP? 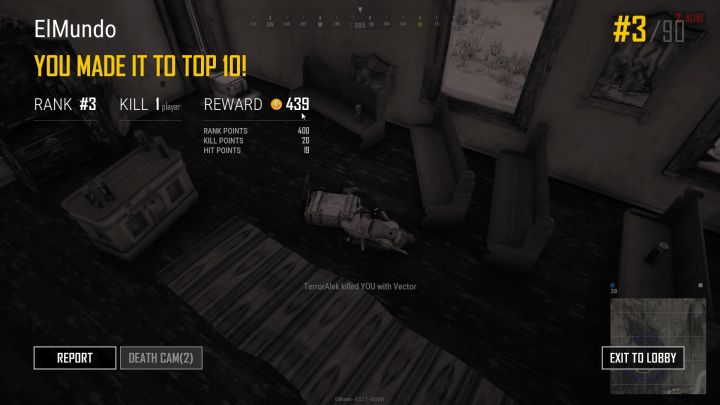 Killing players is not the only method of getting more BPs.

As it was mentioned in the introduction, Battle Points are earned after each match, regardless of the outcome (the place you take). The amount of points that you can earn depends on several factors:

Those three factors are taken into account at the end of the match - the player will then receive the information about the exact amount of BPs that were earned.

How to use BP? 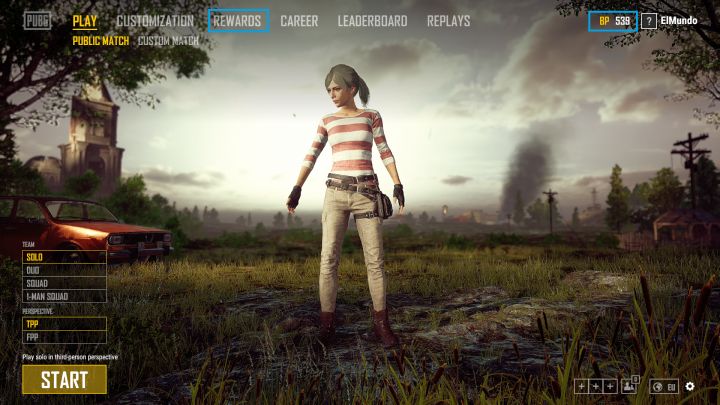 In the main menu you can check the amount of BPs you have and use them to purchase loot boxes (marked with blue squares).

To use the accumulated BPs, you need to go to the main menu of the game, click on the Rewards tab and purchase a loot box. Each player can purchase up to 6 boxes each week. The price for subsequent boxes increases with every purchase and is as follows: 700, 1,400, 2,800, 4,200, 5,400 and 7,000 BP. The price and the availably of the boxes resets once a week, always on Monday.

When purchasing a loot box, the game chooses the type of the box the player will get - Wanderer, Survivor, BIKER or DESPERADO (all described in the "Crates" chapter of this guide). Items received from those boxes can be equipped on the character or exchanged for a small sum of BPs and the boxes themselves can be sold on the Steam Marketplace.

The following tips can help you earn more BPs for each match: