Assault Rifles are, without a doubt, the most versatile weapons in Playerunknown's Battlegrounds. This chapter contains detailed descriptions of this type of weapon.

Assault rifles are, inarguably, the most versatile weapons in Playerunknown's Battlegrounds. Weapons of this type bridge the gap between LMGs and sniper rifles - they have large magazines, deal high damage and have high accuracy that is surpassed only by that of sniper rifles. This makes these weapons virtually flawless - they are perfect over any distance and, with appropriate scopes, they can play the role of a makeshift sniper rifle) and in nearly any situation. 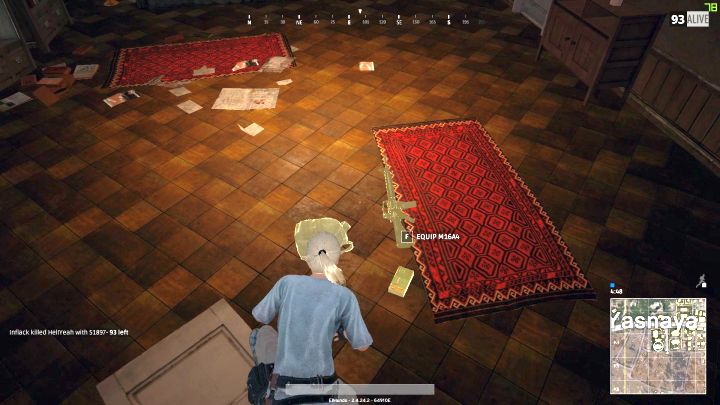 Obtaining an assault rifle at the beginning of the game will let you survive the first several minutes of the game.

There are 10 assault rifles available in the game - M416, AUG 43, Beryl, G36C, M416, M16A4, AKM, SCAR-L, Mutant, QBZ95 and Groza, where the last one can only be obtained from supply drops only. The below table presents information on all weapons in this group - damage dealt, clip size and ammo type, and available firing modes.

The damage presented in the table is for a character who got shot at an unprotected torso. Depending on armor used and body part shot, the damage will vary - more details in Reducing damage chapter.

There are several things to remember, while using this type of weaponry: