The rule to follow right after landfall is simple - get into the nearest building as soon as possible - regardless of presence of other players. The chances of eliminating an enemy in hand-to-hand combat are slim. Without the simples melee weapon no player actually attempts to tango with another. Depending on the circumstances you have a couple seconds to a minute to gather - even the most primitive - weapons. 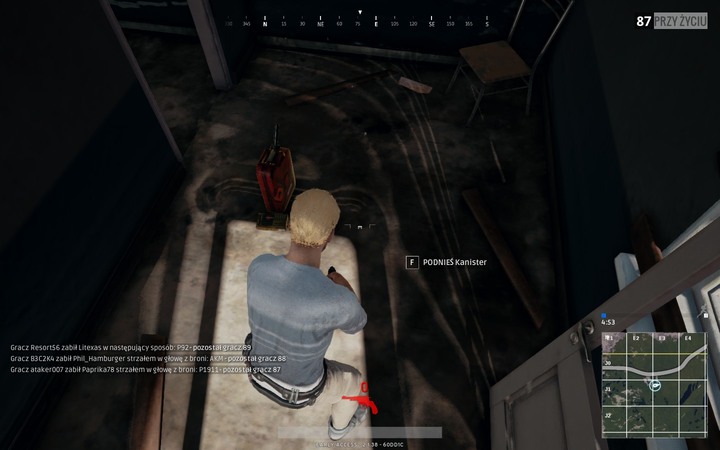 At the beginning, you should collect most of the encountered objects - especially ammo. During solo gameplay, your equipment can be quite substantial, so you don't have to worry about carrying too much stuff.

However sometimes it's good to stay put during the first stage in some cozy room. You won't gain much points for killing enemies, but it's much more important to survive. Of course, I do not recommend staying in one spot the whole time, because the game is extremely boring then, and most of the time, you'll get shot anyway. Still, waiting out until 20-30 players are eliminated may be a good idea, especially if you don't manage to find a decent weapon.

Vehicles are a great way of covering large distances - just don't expect that you'll be invincible because you're driving a blue Moskvitch. It's not especially hard to avoid getting hit by a car - on the other hand, destroying a vehicle or killing the driver is much easier than exchanging fire with an enemy that's on foot. The cars also make a lot of noise, which might not be the most desired thing when everyone wants to kill you. 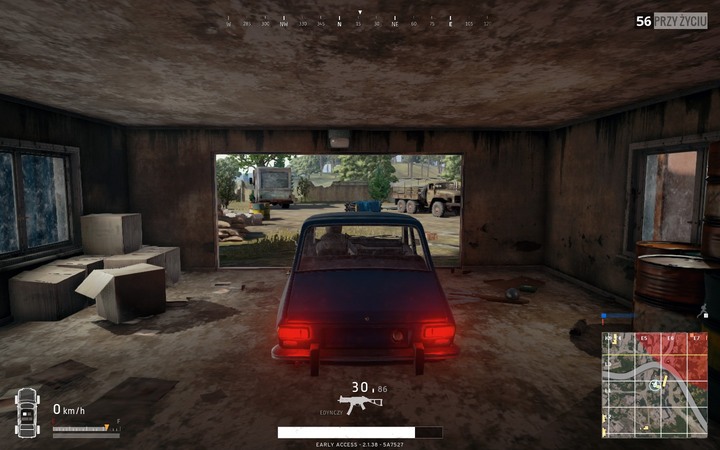