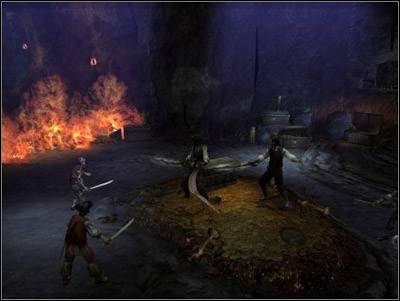 After you defeat all the pirates go up to the treasure-bearing sarcophagus - Jack and Will will be cursed, which means they take only half the damage dealt. Follow Barbossa's tracks, looting treasure chests on the way, until you reach a room full of spiders. 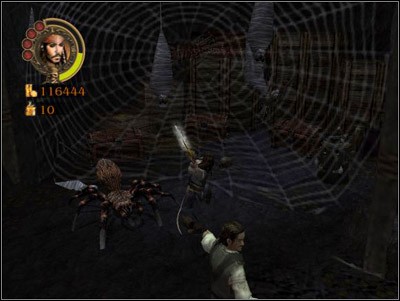 After you finish off the beasts, cut up the webs, loot the chests and go to the right side of the room, where you must cut the base of the platform with an axe. After you get to the top, push the stone and check the chest on the left of the fire - a map piece is inside. Walk into the secret passage opened by Barbossa and you'll find yourself in another treasury. Here you'll fight first his henchmen, then Barbossa himself. 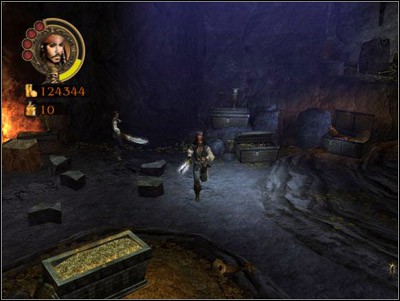 The fight with him is the longest - his knockback attack, the fact he picks up the shield every so often as well as the musketeers capable of interrupting our attacks make it very difficult. After you empty both your heroes' ammo, use Heavy attacks to pummel Barbossa. The captain's defeat will finish Jack's colorful history.