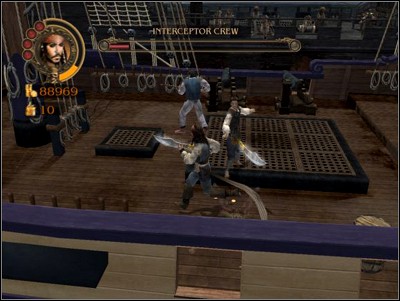 The beginning is easy, provided you keep moving, making sure no crewmember gets pinned by the pirates. After you get on the Pearl hit the switch on the right to lower the powder kegs. 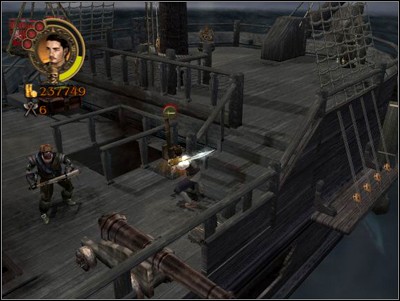 Take one and run up, where you'll find a stack of crates with a Map Piece hidden inside. After all pirates are defeated, the Bo'sun will walk onboard. His whip deals heavy damage, so try to attack from afar until the damage you deal is enough to stun him. 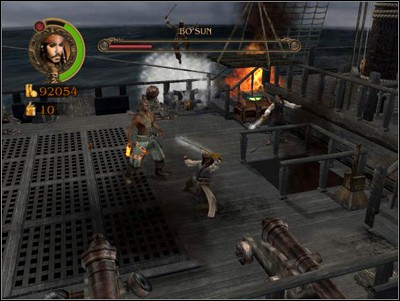 After he stops run to the side of the ship closer to the camera, and the Interceptor will give Bo'sun a cannonball in the face. Repeat this until the Bo'sun lands overboard.