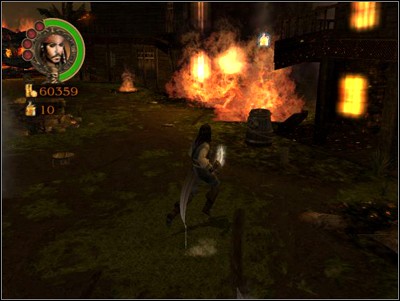 Empty the chest just next to the start point and run over to help the pinned-down peasant, who'll rush to the queue at the well. To open the way onward you need another person - a woman in the alley to the left whom you must first free from the pirates. When the girl joins the queue, come up to the well and play the minigame to extinguish the blaze. 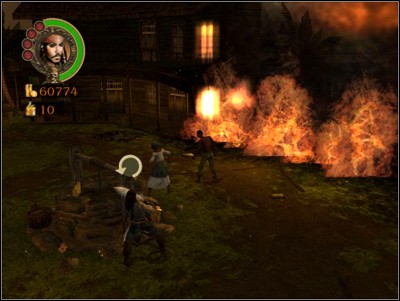 Go onward, only to stand face to face with Blacksmoke James, who apart from destroying a bit of the coast will unveil a Map Piece. Run from the coast to the path on the right until you reach the square. Help the hanging woman by running a wagon underneath her, then take out the pirates. On your way, blow up the wooden wall on your right and run through the courtyard until you reach the map piece. 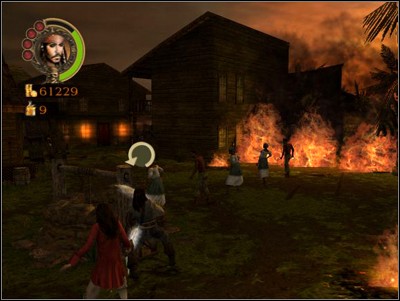 After you get back to the well you'll take part in another minigame of extinguishing the fire. 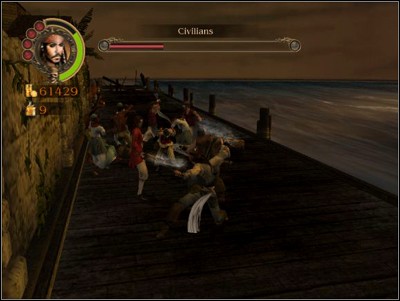 The way will open and the peasants' life will appear on the screen - it shouldn't be a problem until you reach the jetty - try to kill as many pirates before they run up, afterwards break their groups up with Heavy Attacks so they don't kill the peasants.