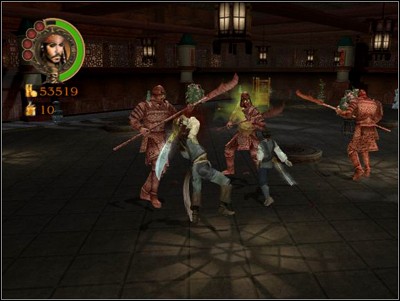 The new foe - clay statues - is a bit more hard to manage, being indestructible. Instead, they should be pushed into the nearby body of water. After you get rid of them, take care of the chest in the water. 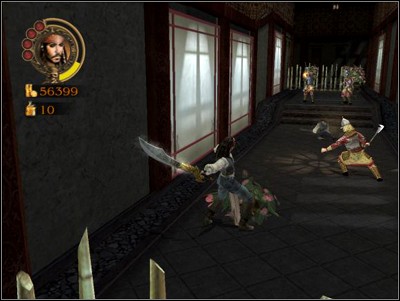 Use the dragon statue to open the way onward. Pay attention to the niches on the right - the first Sword Upgrade is in one of them. In the room at the end of the corridor you'll encounter more clay warriors. After defeating them, destroy all kitchenware on the walls to obtain a Map Piece. 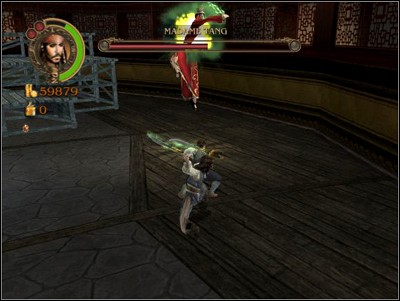 Next, head to the room where Madame Tang is conducting her ritual. Interrupt it by disabling the power-generating columns and the witch will stand and fight. This time she's more of a challenge as she replicates herself with magic. 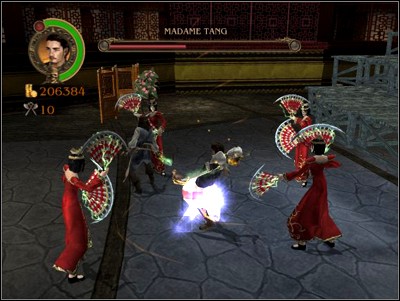 Only one of the three apparitions is subject to damage and this is the one you should locate first, ignoring the rest if it is possible. After defeating her, an escape from an animated dragon statue awaits. On the way watch out for boxes and cut ropes to slow the beast's advance.