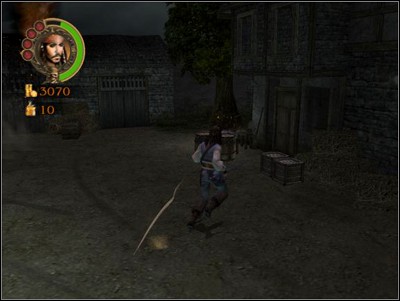 After defeating the first group of foes, head onward, up to the barrier which will explode a while later, clearing the path ahead. Just after you pass the obstacle there's a square to the right, with a well in the middle. After you take care of all foes in the area, come up to the well and pull a soldier out - he'll hand you a Map Piece. 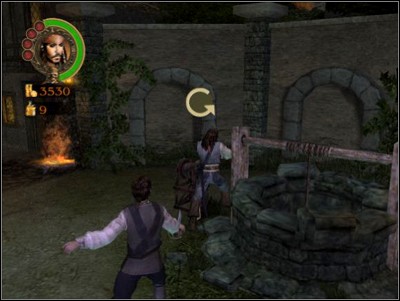 After that, take the left path, where apart from enemy soldiers you'll find a treasure chest. Continue down the path, up to a square where several enemy musketeers are entrenched. After the skirmish, use a powder keg on the wooden wall, opening the way to Jacoby, the first boss. 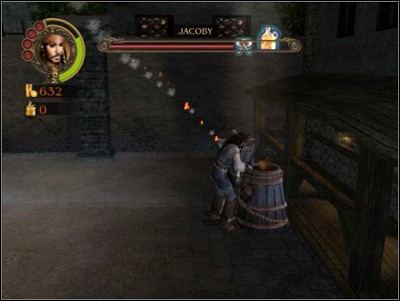 Don't worry about conserving ammunition as he is completely impossible to reach in melee. Will's throwing axes are much better than Jack's bombs on account of their longer range. Try to ignore the attacking infantrymen, take care of them only when they start impeding you in killing the boss. There's ammo in the barrels to the left if you need to reload.