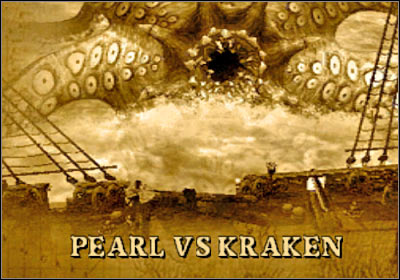 This is a very similar task to the one from the previous ship mission. This means that you will have to be in a lot of hurry to collect some of the pendants, because once you've completed a certain phase of the mission, you won't be allowed to return for these objects and you wouldn't be able to end this challenge. Thankfully, you won't have the same problem with the rest of the pendants. Read the main description for this mission if you want to find out more.

You've had to deal with a very similar objective in the early goings of the game. Sadly, it's going to be much more difficult to finish it this time. Your main problem is going to be the time limit. You will have over a minute, however you will also have to do two other things at the same time - score a decent combo and pick up crab pendants. As a result, you must plan your movements very carefully, so you won't waste any precious seconds on running or finding enemy units. I would recommend choosing the right side of the main deck, near one of the crab pendants. You could also look for some other areas. The choice is yours, however make sure that tricking opponents into attacking you won't take too long.

3. Rescue - Protect some of the crew members against Kraken's attacks.

You won't have to go anywhere to take care of this quest, because you will be able to secure your win while trying to fulfill one of the main goals of the mission. At first, it's going to be quite simple to save one of the crew members. Sadly, it's going to get a lot more difficult once you'll leave the main deck. You will have to protect a second crew member. If the octopus hits you too many times, it'll also catch the crew member. As a result, your attacks will have to be very precise and you will have to avoid being hit by the Kraken.

The only reason why you will only have to perform a smaller combo is because you will have to take care of two other things at the same time, including sending some of the monsters overboard. As a result, you must finish up with this task in about 5-7 seconds. No, I'm not joking.