From this chapter of the guide to Phasmophobia you will learn about the Hunting phase and what is the best way of hiding from an attacking ghost.

In Phasmophobia, the majority of ghosts aren't eager to reveal their physical form. Until they are provoked or a specific requirement is met, they remain invisible for the players. During the hunting phase, the ghosts are assuming their physical form. They will do whatever they can to get and kill one of the hunters. The hunt ends once a ghost succeeds in eliminating one of the players or when the timer runs out.

When does the hunting phase occur?

When the light in the building suddenly begins to flicker (not only the upper lights, but flashlights and UV devices as well), the radio communication becomes disrupted, and all doors and passages become blocked, it's a sign that the ghost will take its physical form and the hunting phase is about to begin. Be prepared! Hunting can occur in following situations:

How can you defend yourself? Where to hide?

When the hunting phase starts (the light begins to flicker) and the ghost is trying to take its physical form, the players have only a few seconds to perform actions that might help them stay alive. 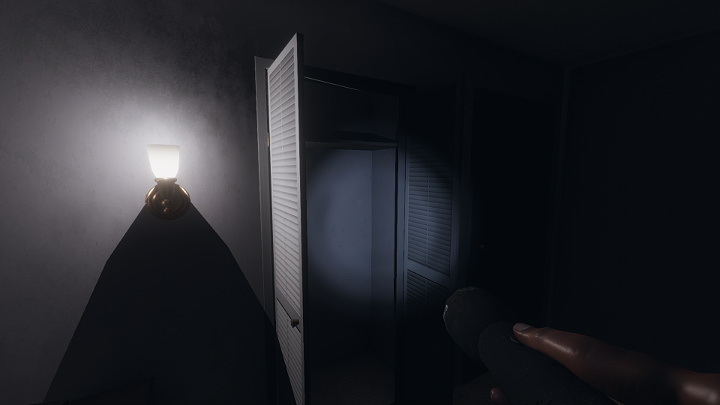 Closet - this might not be the most comfortable of hideouts, but it is definitely effective!

More information about how to use the Crucifix in Phasmophobia can be found on a separate page of our guide: Crucifix - how to use?